Esteemed labels like Relief, Suara and Toolroom have put out their music and it often gets heavy air play on radio by Danny Howard, Annie Mac and Pete Tong. From main room anthems to more stripped back head nodders, the pair are at the beating heart of the contemporary scene.

They play Love Festival in Aruba from the 1st – 5th November with the likes of Bontan, Dennis Ferrer, Roger Sanchez, Technasia and many more. Here they reveal their inner workings, how they met and about the way they work in the booth.

“We both have slightly different musical tastes which is definitely a good thing,”

How are you? What good, whats bad about 2017 so far?
We’re British so naturally we’re going to moan about the pretty shit weather & a real downer us leaving the EU, other that it’s been a great year for us.

Tell us how you first met, why you decided to work together, and what make it a good partnership?
Back in 1997, Ben worked in a record shop BPM in Brighton, James used to be in there buying records. Ben “I knew James was producing music already as his track ‘Pass The Funk’ had recently been released. I’d always wanted to get into production, so had a chat with him about re-doing ‘Outro Lugar’ – he was also a big fan of the track, so the next step was the studio. Three months of hard work & the track was finished. We were both playing the track and the reaction from the crowd was much better than we had expected.” Soon after we had finished the record Ben was playing after Roger Sanchez, so handed him a copy with his number scribbled on. Two days later, out of the blue, Roger called saying how much he liked the track and that he wanted to put the track out on his Stealth Label. So, guess we got lucky with our first record and haven’t looked back since.

Think sharing the same work goals, passion & ethic is vital to a successful partnership. We spend more time together than we do with our wives so getting on well is key, although at the same time have quite different personalities & interests so it’s not too much.

Tell us about your new remix – how different are they from an original 12”? Do you have any rules?
Yeah it’s quite different to the original a little more slamming and for slightly darker rooms. We’ve never seen the point of a remix that’s too similar to the original record, it needs to have a different angle and appeal to a different crowd.

With this remix we wanted to make something a bit more tracky that we can play in the peak of our sets, the reactions have been great on the dance floor, and it’s also picked up some great DJ support.
Generally we don’t stick to a formula when remixing a record, we like our productions to keep evolving and never too similar, we tend to go through the parts picking elements we’re Into and then get creative, the end result often turns out completely different to what we were initially expecting.

Where and when was it written? In your studio or do you write on the road or?
Apart from rough ideas and sample hunting we do everything in our Brighton studio, we know the room well and that’s where we like to work. The deadline
was pretty tight on this mix around 5 weeks, we like to road test anything we do and keep on tweaking it, we did this for four months with the la la land remix. It’s only when we’re 100% then we submit it.

Who does what in the studio? Do you have your own skills or do you both do everything?
We’re both always in the studio together, it’s great having two minds working on the same track, if ones stuck generally the other will have a new idea, so it keeps things moving.

We both have slightly different musical tastes which is definitely a good thing, James more peak time, he has real ear for detail and is the technical one. Ben prefers slightly deeper and like to be as original as possible. When you listen to our tracks & DJ sets generally it’s a nice balance of the two.

How much do your own personalities shine through in the music? What are those personalities? Are you similar or different?
We’ve never thought of that but guess in someway they do, our breaks are strong and defined, which shows James’s personality, while our beats are more understated which leans more to Ben.

And you play half hour each or do one record each b2b or how does it work in the dj booth?
We play one record each back to back, we find it much easier to keep a real vibe going this way, we’ve been playing for such a long time together it works very well, often picking the same records to play. We rarely plan our sets, there always determined by the crowd and where we’re playing, we use 4 CDJ’s so always have loops and tool’s on the go to keep our sets unique.

You have had a busy, non stop summer – how do you stay healthy and sane? Do you try and eat well and do sport or anything?
It’s been a crazy summer, probably our busiest to date, we’ve been lucky enough to play all over the world from Australia to numerous gigs in North America and a lot of places in between. Eating well, resting when possible and keeping active are key for us keeping sane, neither of us are massive junk food fans so that’s definitely a bonus.

What else have you got coming up/are you working on or looking forward to?
We’re really excited about our next release on Green Velvet’s Relief records, it’s called the “Seaguls EP” an original three track EP that we’re both really proud of, it’s released on October 6th so keep an eye for that one. On the live side of things CRSSD Festival is something we’ve wanted to play at for a long time so cant wait for that. It’s the start of a busy couple of months on the road where we’ll be touring across South & Central America, Australia & Europe. Check out facebook.com/prokfitch for our full diary. 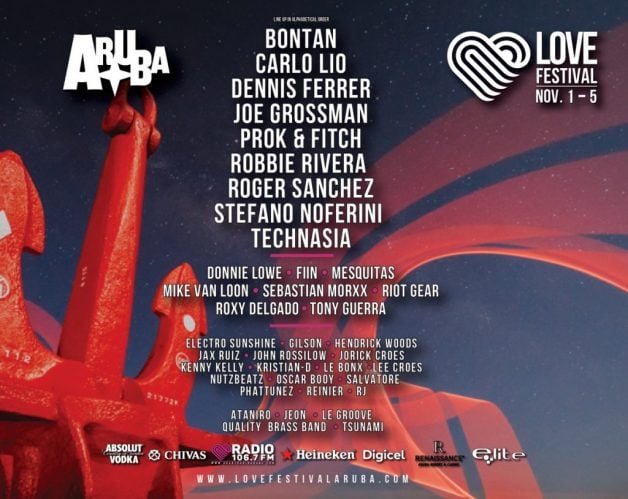