Ready to kick off the Spring in style, Santé and Sidney Charles return to Amsterdam on 1 April for a very special AVOTRE label night at De Marktkantine.

A studio wizard and global DJ to boot, Santé emerged as part of a wave of new producers with a different cut to their electronic jib, interjecting character, charisma, soul, colour, humour and above all a sense of humanity over the ever popular template approach to production. Sidney Charles is one of Resident Advisor‘s most charted artists with releases on 8bit, I Am A House Gangster, Moda Black, Off, VIVa, Kling Klong, SCI+TEC, Suara, Area Remote and (of course) AVOTRE.

On this night, the two will be joined by local wonder kid Luuk van Dijk. Here, Santé & Sidney dish on all things AVOTRE, Amsterdam, and what to expect from thisepic event.

“Amsterdam is always a highlight on the touring schedule”

On 1 April, you guys will be back in Amsterdam for a special AVOTRE label night. Being somewhat regulars in the Dutch capital, what are your personal impressions on its nightlife scene?
Santé: I love playing in the Netherlands, here are some many great festivals and clubs. The whole scene is great here and productions are outstanding good. Amsterdam is always a highlight on the touring schedule, mostly it gets really intense.

Sidney Charles: From my personal view the Amsterdam electronic music scene is one of the best in the world. I think the main reason for that is, most of the most famous European festivals happen there. The festivals in Netherlands in general are really well organized and the production is always outstanding… I guess that’s a reason why so many DJs – including the big names of the scene – love to come back all the time. On top of that, The dutch crowd is one of the best you can play for as a DJ…they have the perfect mixture of enjoyment and knowledge about electronic music in general. So to put it in a nutshell the scene in Amsterdam is one of my favorites and it’s always a pleasure to be play in front of the dutch crowd.

How would you say Amsterdam compares with other nightlife destination cities like Berlin, London or New York City? Can it be put in that same conversation or do you feel like those other cities mentioned maintain their status due to their size?
Santé: Amsterdam def. doesn’t need to hide, even if it´s smaller sidewise and population but it has there crowd like a mega city. People get the best DJs best parties all over the year, so they know the sound and vibe of each DJ, which is great cause you can try to play very special.

Sidney Charles: Although Amsterdam is a relatively small city compared to other electronic music capitals over the world it still amazes me how big the scene in Amsterdam is. But again I think Amsterdam is more characterized by a very well grown Festival-Scene. Berlin for example rarely comes up with a festival that could be compared with the ones in Amsterdam, but on the other hand Berlin has an excellent club-scene which is very diverse. I think Amsterdam lost quite a lot of it’s club scene after losing Trouw and in my personal opinion, De school doesn’t have the same level of excitement. Its the same with the bar 25 in Berlin which reopened as Kater-holzig and later as kater-blau… But nothing comes close to the bar25 experience. But i also think Amsterdam has huge potential to develop the club scene to the same level as there festival scene. The promoters are very professional and I also regularly hear about many new clubs opening in the city with 24h licenses. Ive only been to New York twice but in my opinion the underground scene there is really blooming…there is a lot going on in Buschwick and Wiliamsburg with half-legal warehouse party which i love because it reminds me of how it was back in the 90s when it all started. 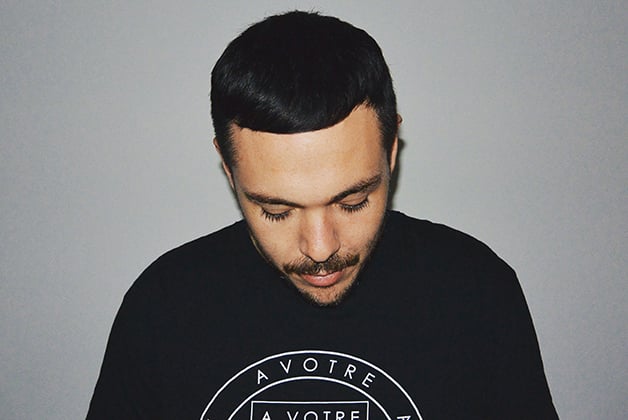 The night will go down at Amsterdam’s West Side De Marktkantine, a personal favorite of mine in a city that offers many to choose from. Personally, I find it to be significantly less “hipster” or “scenester” than most venues, yet maintains an intelligent and informed crowd. How do you see the venue and past experiences playing it?
Santé: Exactly! It´s great playing in front of a crowd which knows the sound and DJs those nights can easily get unforgettable for a DJ, because you can try and play out many new tracks and unsigned exciting music. Also create a journey instead playing your 2 hours peak time slot.

Sidney Charles: I played once at De Marktkantine and i totally fell in love with the place!…I love that kind of arena-feel that it gives you as a DJ because the terrace and the backstage area hold quiet a lot of people. The whole venue is great and the stage has the perfect height. I also love the sound…super punchy and defined at the same time. It defiantly count it as one of the top venues in Amsterdam.

Speaking of experiences, I’m wondering if you have any particular things you enjoy doing in Amsterdam while here (that you’re willing to share, of course)? What have been some of your favorite Amsterdam memories?
Santé: If i got the time I am always going to the Van Gogh Museum and try to visit some galleries. I am huge art fan and one of my favorite painters is living in Amsterdam, I try to see ever exhibition of her when I am in town.

Sidney Charles: I actually lived in Amsterdam for 4 months about 2 years ago and i really enjoyed the city. I had a nice place in de peijp and i felt at home really quickly…I love the small parks around there and found some really nice spots for morning coffee. I had my typical dutch bicycle which was pretty fucked up and really dangerous, but did its job! It was great to cycle through Amsterdam and enjoy the city especially the old part in the center. Amsterdam gave me a lot of inspiration during my stay mostly when i go back now I only stay for a couple of days.

Walk as through this night, from when landing in Amsterdam to leaving after the show? Do you have any rituals? Do you know you will meet friends? Get a dinner? Chill? What goes on before and after such an event (again, that you’re willing to share)?
Santé: Like I said, it always depends on the time and flight schedule but if there is enough spare time I am hitting the streets of Amsterdam and check out the latest exhibitions, also get some french fries.

Sidney Charles: Well deepening on the night before, I like to rest before a show if I need to. But normally I’m up for anything…I love to meet friends that i haven’t seen for a long time and have a beer somewhere in Amsterdam or go out for dinner. Amsterdam has so many great restaurants and I’m always happy to try out something new.

Before my gig I normally go though all my new music that I collected over the last week which are new promos, demos and also my own new productions. I was starting to get into mediation and zen-buddhism about 3 years ago and I also love to make my 20-30 min breathing exercise before i get my way to the venue. 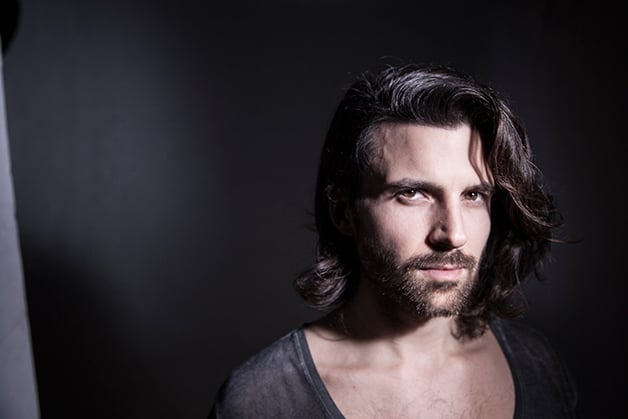 You will be joined on the evening by Luuk van Dijk, what makes his sound and approach likeminded for AVOTRE and also as a DJ to share the stage with?
Santé: I think he is a super talented DJ and Producer, he is sending a lot of great music for the label sooner or later he will end up releasing one day. His sound fits perfect to us, a great mixture between house and techno, typical AVOTRE

Sidney Charles: Luuk is is part of the new upcoming DJ and Producer wave coming from the Dutch scene and I’m a big fan of his sound. He has a cool mix of modern sounds but also a touch of old school-ness. But still its very energetic and driving which makes it perfect for Avotre. He is also a nice guy as well which makes it more fun to work with and hang out of course!

Moving on from Amsterdam, the summer season scheduling is getting pretty intense these days. What’s your guys summer’s looking like?
Santé: I am really looking forward to ibiza, we are playing the first time Circoloco DC10 which makes me really happy, also a lot of El Row shows at Amnesia. Summer means many many open air parties which is fantastic. I am also hitting the US in June where we gonna do 9 shows ins 12 Days or so….

Sidney Charles: We definitely got big plans for ibiza which I’m very excited about.…I can’t really tell more about it by now but some infos follow very soon.

Also, next week I’ll head to the WMC in Miami for 2 shows and also to NYC for a show. I also got a bunch of dutch festivals confirmed over the summer: Nassau festival Kings day, Strafwerk Festival to name a few…

Do you guys have any places you are traveling to in the next few months that you are particularly excited for? Maybe even just as a holiday? Or, places you have never been?
Santé: I am always looking forward to South America, but this time for Ecuadaor. I have never been there, this time I will stay there to go surfing, it has amazing surf spots there. can’t´wait to hit the waves.

Sidney Charles: Im really excited to head to Australia again in may. I’ve toured there twice and I really fell in love with the country. On the way back I’m playing in Kuala Lumpur and Singapore which are totally new territories for me and it makes me really excited.

How do you see the coming months for AVOTRE? Do you have aspirations that it become a seminal dance music “brand” or do you see it existing at a more intimate scale?
Santé: I would love to bring it to the next stage, we have been doing a lot of club shows then next consequence would be hosting some festival stage in future. I would be great bring some groovy housier music to the festivals again.

Sidney Charles: I think AVOTRE has made it’s way in the last 2 years to become a very characteristic sound that is now a part of the scene and I hope we can keep on following this path over the next month. We have many great releases coming up form super talented and fresh artists. Also great showcases are taking place not only in Europe. I have a confident and positive feeling of the path we are going to take.