Tensnake made his name with the huge 2010 dancefloor smash hit ‘Coma Cat’, and since then has been in ever increasing demand.

When Tensnake first appeared on the scene, his early releases were seen as a welcome antidote to the omnipresent minimal house scene of the time. Effortlessly managing the elusive feat of marrying classic disco and house influences to a contemporary sound, Tensnake is in that very rare position where his music appeals equally to the biggest dancefloors, from Ibiza and Miami, to real chin-stroking aficionados. Considered a “producer’s producer”, Tensnake’s music effortlessly transcends genres, showing a musical intellect most artists may never achieve in a lifetime of work.

Now, having bonafide anthems under his belt, remixes for the likes of Little Dragon, Lana Del Ray, and Aloe Blacc, as well as EPs, LPs, and gigs galore, Tensnake is set to close 2015 out right here in Amsterdam, playing at the Straf_Werk Warehouse Closing Party. With a lineup featuring Joris Voorn and The Martinez Brothers (amongst many more), we thought it only appropriate to catch up with Tensnake to discuss his relationship with Straf_Werk, the city of Amsterdam, nature and much, much more…

“There’s aways been a rich history of electronic music in Holland, but over the last 10 years it became a very eclectic scene; a very educated, very fun scene.”

You have a remix package of your last EP ‘The Walk’ with Gerd Jansen and André Hommen on the duties. How do these two artists complement your original?
The main idea was to get something totally different. The choice of these two artists was easy in this case as we are friends. Gerd and me have a special relationship. I released on his label Running Back very early on, and Andre had a great record this year with ‘Battery Park’. They both come from different angles, musically, so the result is very good. I like both these remixes very much and would play them both. I think that is a way I choose the remixers, if I can imagine playing their work in my own sets.

Speaking on the original version, what was the process like? What is the first part of a track that usually occurs to you?
I don’t have a formula or anything. It all comes from scratch. When I start producing, I get inspired by whatever comes up in my head. For this record, it was a little different because I had both tracks on my hard drive and started them much earlier on, but never finished. The point of the EP was to have a release out since my 2014 album was my last original work. In this case, I also wanted to release something that was more for the club than the album, which was more pop influenced.

In the studio, do you have a vital piece of production gear? Something you can’t live without…
These days it’s the computer, for sure. In the studio it’s a desktop, and on the road it’s a laptop. Other than that, I don’t have a certain piece of gear that is my favorite. I have a couple of synths that I use, but it’s like fashion…sometimes I am into an older 80s style synth, sometimes I am into something else. Take, for example, drum samples. The original drum machines can lead to the direction of the type of track. If I use a 909, we are suddenly in a 90s sound. It really depends on what I want to do.

Do you remember your first piece of gear?
Yes! Many years ago! It was a Yamaha drum machine…I think it was the RX-11. I don’t have it anymore, but it was a very 80s sounding machine.

Looking back at your discography, you have also lent your hand to remixing artists such as Lana Del Ray and Aloe Blacc. What is your approach to a remix? Does it differ much from your approach to creating an original production?
In choosing a remix, there has to be something appealing in the original, and something that inspires me.

I would say I treat remixing the same as originals. I really try to get the best out of them. Sometimes the remix will turn into a pop, radio production, and other times it will turn out more clubby. It really depends on what the label is asking for.

As a creative person, is there a balance you like to maintain between remixing and originals, or clubby vs poppy?
It depends. Lately, I have been traveling so much, so the music has been a bit short, so that balance have been hard. In the coming months I definitely want to hang in the studio more and focus on production. I think it’s about time I start working on more new music for myself. 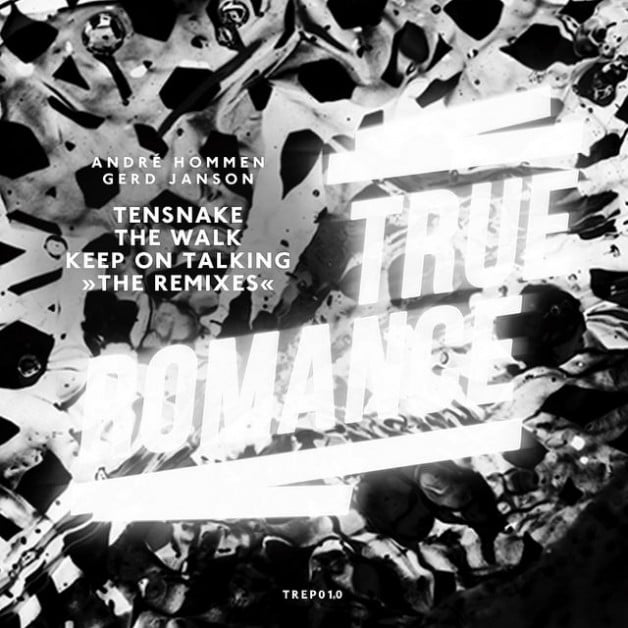