Shaping up to be, perhaps, its best edition yet, Totino, Italy’s Kappa FuturFestival has added a slew of names to its 2nd lineup announcement.

Adding to the already announced Carl Cox, Jamie Jones, Sasha & Digweed, Sven Vath and Tale of Us, will be the legendary Fatboy Slim, Nina Kraviz, and a very special back to back set from Seth Troxler and The Martinez Brothers, all on 8 July. On 9 July, Kappa FuturFestival 2017 welcomes techno icons Paul Kalkbrenner and Joseph Capriati alongside its 40,000 revellers. 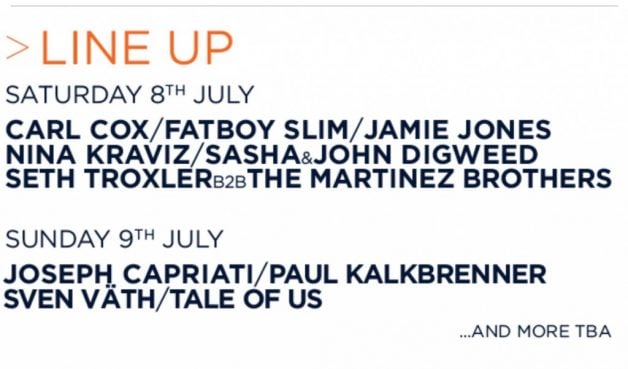