Established by the trio of TERR, Daniel Watts, and Shall Ocin, Clash Lion is a Barcelona-based label fast becoming recognized for its consistent releases representing the weird and wonderful.

Since its 2017 launch, Clash Lion has released a total of 7 EPs, including work from key artists like Maetrik and ANNA, while also shining a light on global emerging talent like Fiberroot and Risa Taniguchi. By covering a variety of genre, ranging from Techno to Nu Disco, Electronica to Leftfield, Clash Lion is not a label to always release tracks strictly for the club but rather a destination of emotive, creative, and multi-textural productions.

Since the beginning, we have featured Clash Lion releases with the most recent coming from TERR just this week, and with the talented co-founder also on board for our DHA FM ADE event, we figured what better time than now to shine a brighter light on Clash Lion and get some inside info on this exciting imprint.

“Our interest is on the new, the avant-garde, the unexpected.”

How did the name Clash Lion come about?
TERR: We were playing with anagrams one night, and we ended up with a lot of good ones from using all our names. Clash Lion is an anagram of Shall Ocin (just like Sonic Hall, a track he released some years ago). We loved the name for the label because it sounds open and poetic at the same time.

Where is the label based?
Daniel: We all live in Barcelona at the moment, but we are always traveling to play somewhere, so essentially the label is based wherever we are. Traveling is really good to bring new perspectives, new sounds, new artists and helps to keep everything fresh. We have already had a few releases from Barcelona based artists including Maetrik and Anna, but at the same time we had Risa Taniguchi from Tokyo.

Who are the names behind Clash Lion? How are your roles separated?
TERR: Clash Lion is comprised of myself, Shall Ocin and Daniel Watts. There are no fixed roles for any of us, we usually do whatever needs to be done. We constantly are on the hunt for new music and new artists together, and always trying to find some good and unique tracks to release. We have three very different ways of thinking and we like and dislike different stuff as well, so when we agree with something, you can be sure it’s something really good. 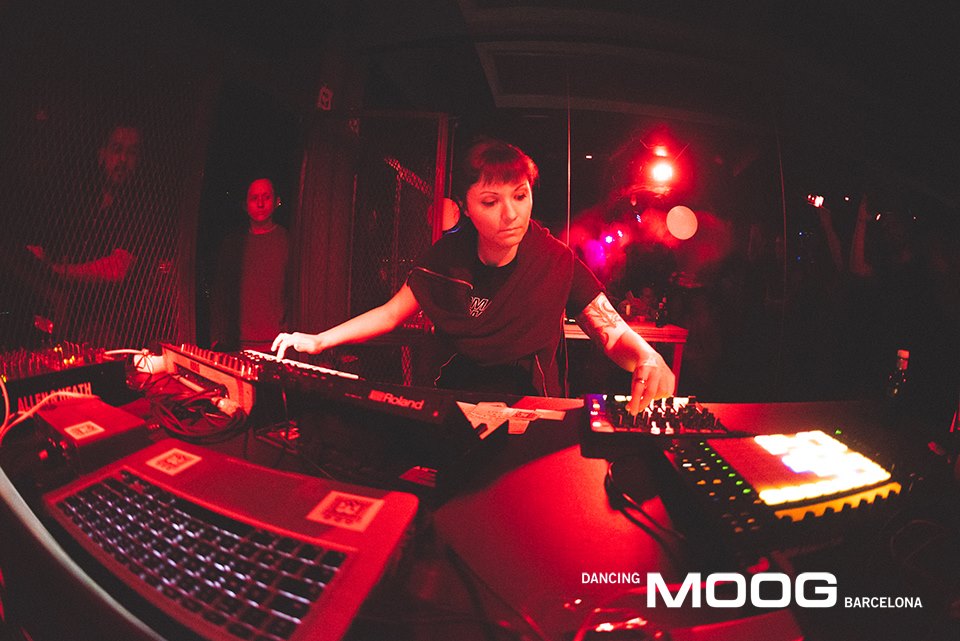 When did the idea of launching Clash Lion first happen? What place did you want to occupy in the spectrum of electronic music?
TERR: The idea of having a label is something that we had been thinking about for a while, maybe one or two years before we actually made it official. We had a lot of friends that consistently sent us some amazing music and they never knew where to release it. We always used to say “oh, I’d release it if I had a label”. So eventually, that was why we made the move to start Clash Lion.

The space we want to occupy……we sincerely never thought about it. We just want to release good music we discover. We are very open to a lot of different kinds of styles, and never had a vision to be a techno label. We have different tastes and backgrounds, and we want this to be reflected via the label and its musical output and events.

How long of a process was it from conceptualization to launch?
Daniel: Around three months was how long it took before the first release was ready. But as we said before, we had been thinking about the label for a lot longer, it was just never actualized. It took about one month to set up everything, another two for mastering and pressing the vinyl and then voilà, it was alive!

One very important thing we have so far learned is to always have a good team around you. We have a great distributor, an excellent PR agent, a very talented master engineer, it’s always better to work with people you trust than trying to do everything by yourself. 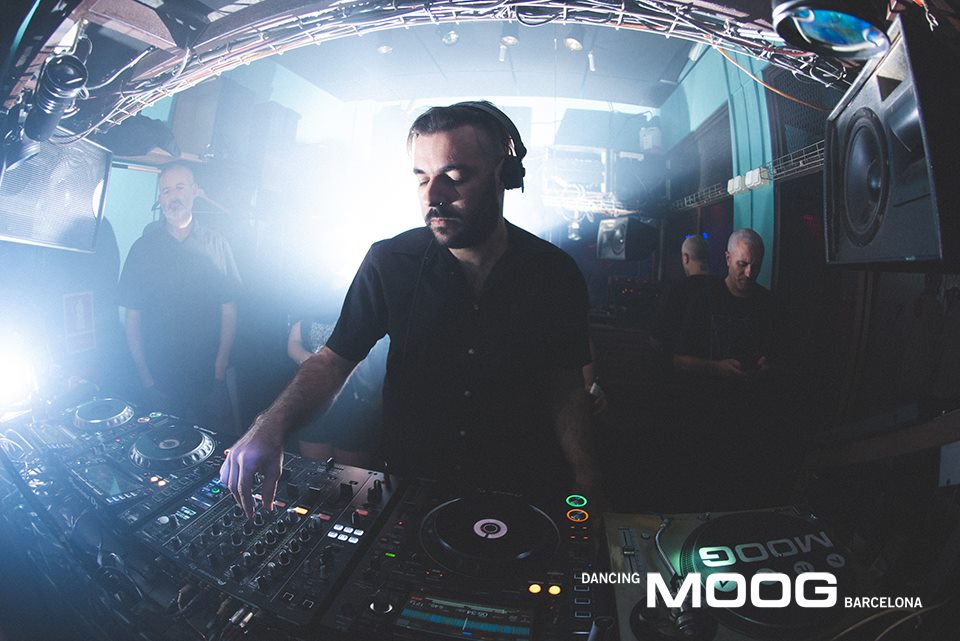 What would you say were the most difficult aspects of launching the label?
Daniel: It’s not difficult, but it takes a lot of time. A lot! To organize, check, send and receive stuff. It’s like a baby – we love it, but it needs all your attention to survive. Sometimes in the end of the day all we want is to sleep and someone say’s “we need a video for this track for tomorrow”.

Once launched, what have been some challenging aspects of keeping the label going?
TERR: Well, we always have to be moving forward and looking for fresh stuff. I think that discovering new interesting music and bringing it to the label is the most important thing for us. But at the same time that’s the most challenging yet interesting part.

What is your release strategy in terms of how many releases you want per year and how often they are released?
Daniel: Our idea has always been releasing a solid EP every two months. In the end after the first year, we had 7 releases, so it was a little more than 2 per month. We try to explore each release as much as we can, so we really spend a lot of energy with the press, the videos, the premieres, the social networks, etc… 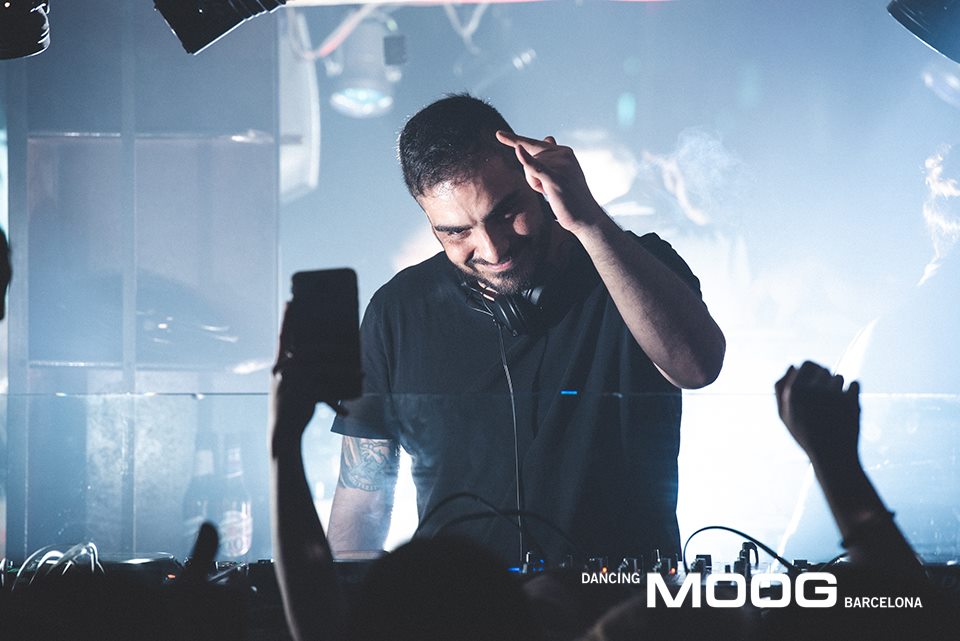 What would you say would be the 3 seminal moments so far in Clash Lion’s existence?
Daniel: It’s hard to pick up just three, as, for us, each release is seminal, and we treat each one of them with the same love and attention. For us each moment is a new moment, a new brick in the wall, and we were happy with the result of all our releases.

Of course, we got a lot of attention when we started the label with Maetrik, he has a huge fanbase and people got really curious about the label. Another important moment was when we released Anna’s EP, we’ve been friends with her for a long time and it was an honor for us to release her music. But we never wanted to release her or Maetrik because they are famous, we wanted to release their tracks with us because we are really huge fans, and that came before anything else.

What qualities make up a Clash Lion artist?
TERR: Creativity and passion. We receive a lot of demos, some really good stuff every day! Of course, there are a lot of producers that are just trying to do the “music of the moment” and we wish them all the best, but our interest in on the new, the avant-garde, the unexpected.

We do not look out for the best sounding, chart topping music – we are looking for good artists with new ideas. Risa Taniguchi, for example, contacted us by mail. When we listened to it we were amazed by her music and the whole idea she was proposing. It was not an ‘easy’ music to pitch and fit in with many markets and it was also one of her first releases, so we didn’t expect great sales. But we really wanted to release it because we love her music – and, in the end, it sold really well.

Another example is Fiberroot, our EP which came out in September this year. There’s a track on the EP that’s almost not electronic, totally not made for dancefloors, just vocals over a percussive experimental track. When we heard it, we liked it so much that we never had any doubt it should be on the EP.

Have you had any Clash Lion showcases so far? If so, where and why were those locations best to host them?
Daniel: We had two showcases so far, both in Barcelona. The first one during the Sonar weekend, in a 12-hour party where we had us playing (Terr, Shall Ocin and Daniel Watts), Fiberroot (also from the label) and our friends Izan Hesse and Odd Oswald. Our second showcase was in the beginning of September, on the classic Moog club. We have some other showcases to be confirmed for the next months, some on Europe and some on South America. 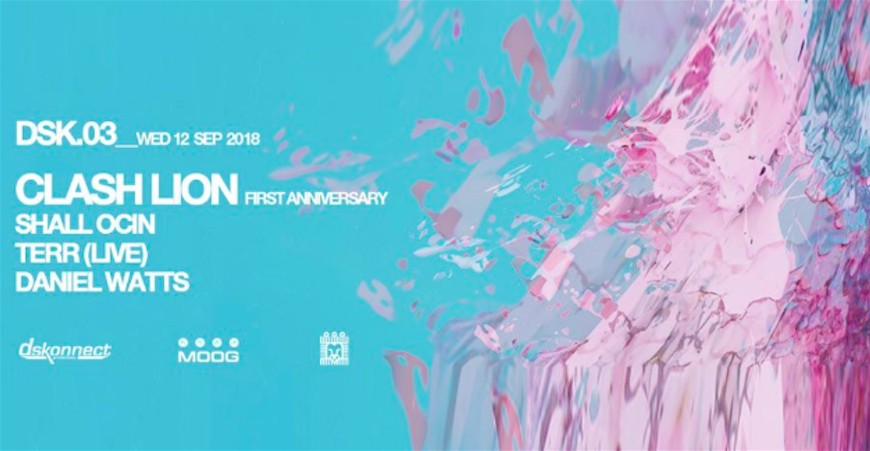 Describe your visual strategy? What is the approach to the label’s overall visual branding?
TERR: We were looking for visual artists when we found this guy called Beeple and we fell in love with his stuff. We like the dystopic, surrealistic and mysterious tone of his art, and we thought it would translate very well our music. So, we wrote him and arranged everything, we are really proud of having his visuals on the label.

From an admin point of view, what would you say is the most vital piece of software/hardware/technology for a label to run smoothly?
Daniel: Email. If you think that when you are the big boss of a label your life will be surrounded by girls and champagne, you’re wrong. You’ll spend most of your days looking at your inbox.

What are your upcoming projects?
Daniel: Our most recent release was TERR’s EP on the label which came out on the 5th October. We are really happy with that release, she made two huge tracks and we have remixes from three great artists from Daniel Watt, and Curses and Cardopusher, making their debut on the label. After that, we’ll probably do the same we’ve been doing: discovering new music, new talents, showing it to the world and trying to have some fun.