Since 2010, Ilija Djokovic has assumed the position of one of Balkan Techno’s fastest rising individuals.

Known for energetic sets of melodic and euphoric techno, Ilija has that innate sense for crowd reading, delivering exactly what’s needed on the dancefloor. This sound can be heard across his releases from Terminal M to Tronic Music, Filth on Acid, Phobiq and more, or via carefully constructed sets at the likes of EXIT and Lovefest.

This July, Ilija Djokovic will join the 2018 edition of Labyrinth Open Croatia, which will see her head to Croatia alongside the likes of Amelie Lens, Butch, Hernan Cattaneo and more. With this event imminent, we caught up with the up and coming star to get a sense of how he sees the Balkan underground, Labyrinth, and his first introductions to the scene in Serbia.

“A good balance is an essential thing in our lives”

Explain to us your first introductions to electronic music while growing up in Serbia? Who were you listening to? Where were you going?
It all started about ten years ago and from the beginning, music was my main motivation in life. In that period of my musical growing, I’ve mostly listened to house music from artists/DJs like Armand Van Helden and many others at smaller clubs or private parties.

These days, describe the electronic music underground there? What are its strengths?
I can say with assurance that we have a good quality scene here in Serbia. We often have the opportunity to listen to some of the biggest DJs nowadays and that’s super-cool. Also, the vibe is amazing and the crowd really loves the music.

How did you first get into Producing? Did you produce alongside DJing or did one come first, then the other?
I’ve started first as a deejay, of course. A few years later I decided to start making music with the big help of my good friend. Nowadays, I think that production is my strongest weapon and I love to spend the time making music. Production is MUST for every guy who wants success in this industry.

Who do you consider influences of your sound?
My biggest influence is Adam Beyer, but I also really like Maceo Plex’s sound and style. These two gentlemen are my favourites.

What would you say are some important moments in your career so far?
I’ve played last year at world-famous Exit Dance Arena and shared the decks with DJs like Paul Kalkbrenner, Nina Kraviz or Solomun. This year I’m playing at long-awaited Labyrinth Open and Lovefest Fire. Also, important moments are my EPs on few big labels like Tronic or Terminal M. But, this is only the beginning.

I’ve heard that many of the International acts that come through your area have good things to say about you as a DJ opening up for them. What are your approaches to a successful opening set?
It’s really nice to hear that 🙂 I’ve done warmups for names like Adriatique or Monika Kruse (+bunch more) and as you already know their styles are quite different. It’s really important to stay neutral but not boring during the whole set. Also, a musical width is something that can help you a lot. Big names respect a good warmup DJ, you know.

Now that you are traveling more for your career, do you have a routine so you can keep yourself “grounded” during it all?
A good balance is an essential thing in our lives, so.. It’s all about that!

Looking through the rest of the year, what are some things you are most looking forward to?
I made a bunch of new tracks and really can’t wait to show it to all the people who follow my work. Also, festival season is kicked off, it’s going to be hot ☺ 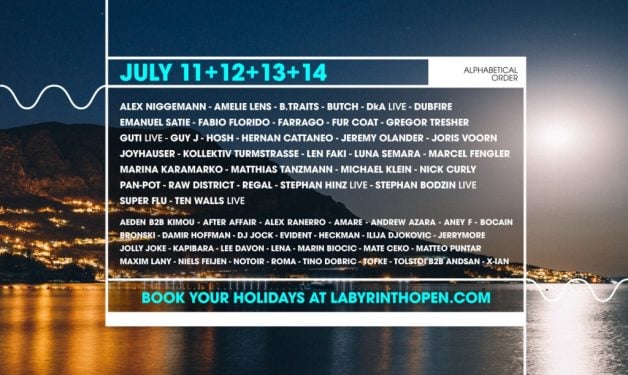