Techno lovers have long been hip to Family Piknik: it is a key festival in Montpellier in France that dates way back. And it is the work of Tom Pooks, who since 2012 has been the driving force behind making it one of the most renowned techno gatherings in Europe. Amazingly, it only came about when Tom dreamt it up from his hospital bed having had a terrible moto accident that laid him up for more than a year in 2011.
Since then it has grown and grown with vital international DJs headlining each summer. Tom is also a DJ and producer whose electric techno lights up the Family Piknik label as well as others like Intec, Ovum, Speicher, Terminal M and many more. The Montpellier man has got techno deep in his bones and next year his festival celebrates 10 fantastic editions.
Here are 10 of his best memories to mark the historic occasion.
1. Turning 10 years old!
After this terrible 2020 Covid year, we needed to celebrate our 10th birthday properly. It’s a very emotional achievement for a festival like Family Piknik to turn 10 ! It’s the result of a very hard work from a global team; Couldn’t have made it without the help of my friends and devoted warrior along all these years. We started in 2012 with 1200 attendees and we’re now part of the rare +20000 attendees events focus on electronic music. We’ve managed to build a solid concept and we are proud of the audience we have. During my set on saturday 7th of August, my team surprised me with an awesome birthday cake and we all shared this moment. Goosebumps ! 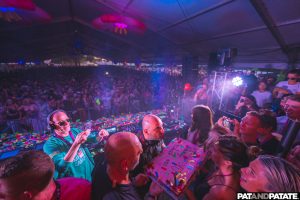 2. Seeing smiles again!
When we launched the season on July 18th, the most remarkable thing was to see people’s face again, smiling on the dance floor and enjoying each second. That was very special and it felt like a rebirth for all of us after this 2020 awful year. 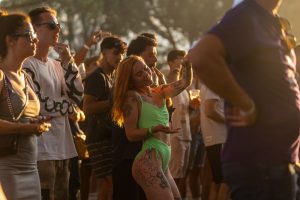 3. Playing back-to-back with Joy Kitikonti
Joy has been my soulmate since the end of the 90’s. Each time we catch up on stage, or in studio, there’s a special connexion between us. I’m always proud to share moments with him on stage, our back-to-backs have become a very intense rendez-vous. This summer, we were able to make it 3 times, 3 months in a row, that was magical! 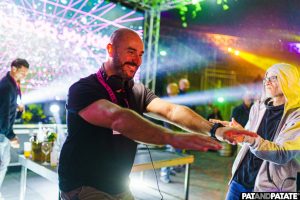 4. Being sold-out
Being sold-out is always a performance for my team. We managed to be sold-out for our main festival weekend on August 7-8th in Montpellier + our Closing event in Béziers Arenas on October 9th. Back in June, we even didn’t know how things would be for the whole summer, we were working with no warranty because of the sanitary situation. So this performance is amazing for us. 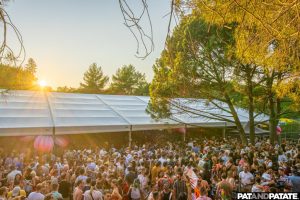 5. Cheering up with Adam Beyer & Reinier Zonneveld
On Sunday 8th of August, Adam & Reinier stayed for a few hours on stage and after we’ve stopped the music, they had a long time chilling in our backstage area. It was a great moment to be with them and listen to their comments, because these guys have been touring the world, so when they tell your festival is one of the best they’ve experienced, it’s very flattering. We had much fun and they were in a very good mood. I think their friendship really got amplified through our festival, so it’s great to participate to this kind of life experiences. 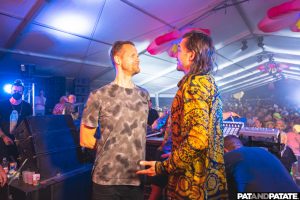 6. Partying on a stunning boat
On September 18th, we had a party in Sète. Our stage was on the top of a stunning boat, which is normally dedicated to the memory of a famous French singer-songwriter, Georges Brassens. It was totally mad to take control over this boat and we managed to party with 2000+ people. An other challenge we managed to deal with thanks to the efficiency of my whole team. specially because we had only 3 weeks of promotion and very short timing to build the stage and clean the place through the night (straight after the party). 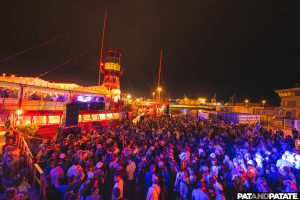 7. Welcoming Worakls on stage
I was proud to welcome Worakls on stage. Kevin is a young French artist I knew while he was a teenager. I gave him a few advices at this time, I even got to remix one of his first tracks in 2009. A track I still play out loud in my sets. When I see all the way he’ve been through, to become one of the French most looked after acts, I feel like a proud old cousin. Inviting him to play my own festival was like an achievement for both of us. 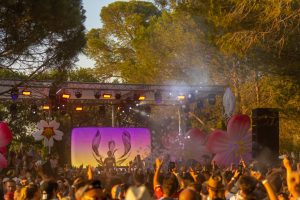 8. Sharing shots with Sven Väth
Since 2016, Sven has become Family Piknik’s best ambassador. He was with us on the boat in Sète for his 4th Family Piknik performance and it’s always a blast to see him playing on vinyle with such precision. His musical culture is always surprising and he’s a legend. It’s always a pleasure to share some shots with him behind the decks. 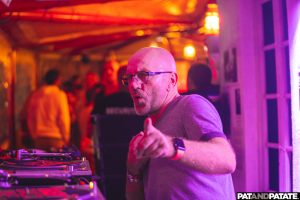 9. Closing in my hometown !
If you had told me one day I’d organise a closing event in my hometown’s arenas… Well, that’s the ultimate challenge I managed to achieve with my wonderful team. Sold-out event, 6000 attendees, in Béziers Arenas, with a big production and Boris Brejcha as the perfect headliner. That was totally insane, much better than in my dreams, as everything went well and the city hall congratulated us out loud. I’m pretty sure we’ll be back next year! 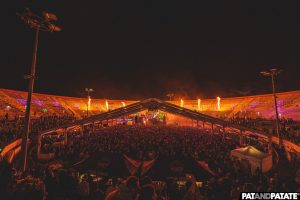 10. Having our Family Piknik Music talents under the spotlights
When we’ve launched our own music label back in June 2018, our main ambition was to build a family of young and talented artists around us. Release their music is one thing, but I’m very happy to offer them magical moments on stage through our own events. Especially when our party people congratulate them after their sets. For example, Ukrainian young talent Ki Yera, came to France for the first time playing our closing event, she received tons of comments / messages and she really impressed our audience. Same for Hugo Cantarra, Abstraal, Pontias, who made a crazy back-to-back with Several Definitions, Mood Gorning, Albanø, The Dualz, and all the other very talented friends we can now expose as members of our big Family. 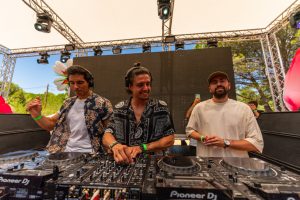