Yep, it’s way across the other side of the world from us here in London but Future Music Asia has caught our attention thanks to its stupendous line-up! Taking place in Singapore, which is somewhere we never imagined such a festival could take place, Future Music boasts some serious musical talent from the underground and commercial domains, as well as some fresh Asian artists too, so here’s our guide to some of the must-see acts there… just in case you’re thinking about paying Future Music a visit.

1. Art Department:
Jonny and Kenny have toured the globe extensively over the past few years, refining their sound perfectly and picking up a huge, loyal following. They are masters at the art of back-to-back DJing and, with their second album only recently released, they’ll be doing their utmost to entertain the Singapore crowd when they step up at the festival no doubt.

2. The Prodigy:
One of the UK’s best-known electronic music acts, The Prodigy have been around for over 20 years now and their latest album is due to drop soon. Not only universally respected for their high energy sound, they are also turn in great performances so they are not to be missed.

3. Public Enemy:
One of the most seminal hip-hop groups of all time. Public Enemy add a touch of the hood to Future Music festival, bringing their political, conscious form of hip-hop to Singapore. Chuck D and Flava Flav are bound to go down a storm, make sure you catch them in action! 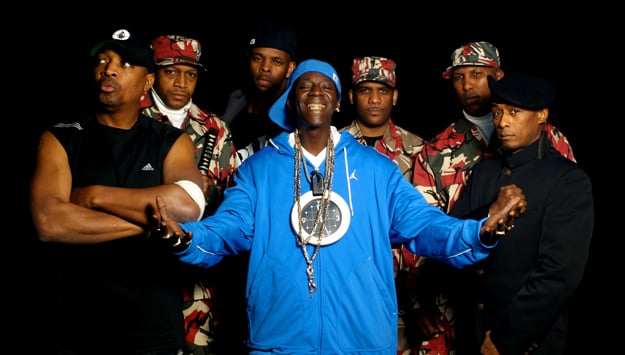 4. Gorgon City:
Relative newcomers to the world stage, Gorgon City are Foamo and Rack N Ruin, a duo on a mission. In a short space of time they’ve cornered the market in credible yet commercial dance music, traversing the globe with their sound and hitting the charts with songs like ‘Ready For Your Love’.

5. Giorgio Moroder:
A living legend, Giorgio Moroder is considered by many to be one of the pioneers of electronic music composing the timeless ‘I Feel Love’, with Donna Summer, way back in the seventies. His inclusion on the Daft Punk album led to a renewed interest in Giorgio and he came out of retirement to embark on a new career path, resulting in a new album and DJ sets around the globe.

6. Mr. Has:
One of Singapore’s finest, Mr. Has is renowned for his eclectic sets cultivating his own sound since the early 2000s. He won Nike’s Street Style Music award in 2001 and hasn’t looked back since. Hosting nights at Zouk and playing for fashion houses such as Prada and Dior, he is a local act who is not to be missed for sure.

7. Bottlesmoker:
Anggung Kuy Kay and Ryan Nobie Adzani call their sound ‘indie-tronic’, which is pretty self-explanatory.. a combination of indie and electronic music that errs on the side of pop. Their passion for the sharing of music is unwavering and has influenced them to give away their songs for free. Definitely worth a shout.

Future Music Asia takes place on 13th and 14th March, for more information click on the links below.