Today, Jon Hopkins reveals a transcendent new collaboration with Brazilian techno producer ANNA. Evolving over a month-long trans-Atlantic collaborative process, “Deep In The Glowing Heart (Night Version)”, feels like an explosive release of energy, inspired by Hopkins’ return to regular DJing this year. With early versions of this track being premiered to huge crowds by both artists at their DJ sets across the world – including ANNA at Coachella, and Hopkins at Fabric – the Night Version is now available to hear widely for the first time.

The original version of “Deep In The Glowing Heart” is found on Jon Hopkins’ latest studio album Music For Psychedelic Therapy, released in November last year. Talking about the song, Hopkins said there is a feeling that “music can cleanse you, music can guide you through”. The Night Version takes you on a very different journey.

Hopkins says of the collaboration:
“I first came across ANNA’s music through her track Hidden Beauties, which I found myself playing in DJ sets all the time and always goes down so well. I then asked her to remix Singularity and the results were so amazing I was super keen to work with her again but in a more collaborative way, rather than just handing over stems. We went back and forth a lot and it flowed really well. I love how this one turned out, it’s such a meeting of our two styles.”

ANNA adds:
“It is a big honor to be able to create music together with Jon. His music is part of my daily life, part of my meditations, my long walks and contemplative moments. My remix for his track ‘Singularity’ had a huge impact on my career and getting to know Jon better since then, and collaborate on this version of DITGH, it feels like our relationship has come full circle!”

Music For Psychedelic Therapy was Hopkins’ first full-length since sister albums, the GRAMMY-nominated Singularity (2018) and Immunity (2013), it was a departure in sound from these records; “an album with no beats, not one drum sound, something that is closer to a classical symphony than a dance / electronica record.”

Alongside festival appearances this summer, Jon Hopkins is pleased to present several special playback events where there will be an immersive playback of Music For Psychedelic Therapy in full. Having run several of these gatherings previously in London, Austin and Los Angeles, upcoming dates include Wilderness Festival and Ireland’s Body & Soul Festival.

Jon Hopkins has recently composed the score in 360 spatial sound for Unboxed Festival’s Dreammachine. Similarly positioned to Hopkins most recent album, Dreammachine is a multi-sensory experience based on Brion Gysin’s original flicker device and aims to unlock the mind through lights and music. 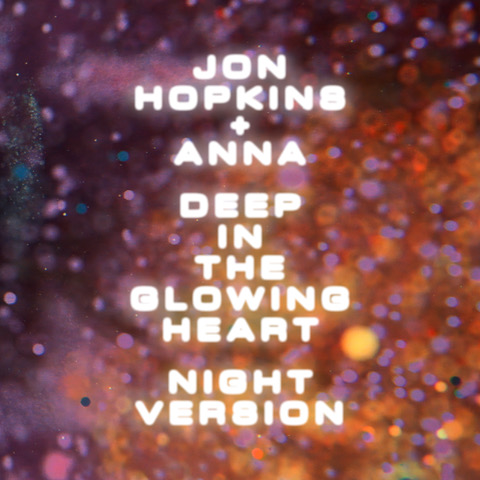