Dan Ghenacia and Chris Carrier have been entrenched in the electronic scene in their hometown of Paris for a long while now, with both men building a strong reputation through consistently great music and DJ performances.

Earlier this year the two joined forces on ‘Just A Sin’, released via Carrier’s Adult Only label, now they’re back with the follow-up on Apollonia. Across three deadly tracks, the duo explore their love of music making machines to the fullest – each track taking its name from ‘sweet heart’, translated into different languages.

In honour of the forthcoming release, we thought it would be fun to have these two Parisian vets have a casual conversation, asking each other anything they may be curious to know. Needless to say, the level of seriousness here is minimal, but its humor and light heartedness embody the personalities of these two fun loving artists. Take a read and don’t forget to check out “Sweet Heart” just in time for the holidays, out December 16 on Apollonia Music.

“We brought a generator along to an abandoned house out there and put on a party. The location was the perfect place for a horror movie…”

Chris how did you start production
It was actually very easy for me, I have to say. When I was 20 years old I went downstairs to the basement of my house where my dad had his home studio and got busy, learning all the different ways to make music and operate the synths. He also had a shop that sold vintage synthesizers, so I was quite lucky.

Do you remember the first time we played together?
Of course! It was all the way back in 93 in a forest in the suburbs of Paris. We brought a generator along to an abandoned house out there and put on a party. The location was the perfect place for a horror movie, mwahahahaa.

How many releases have you done over the years?
Oh more than 300 for sure! Yeah crazy I know. I’ve stopped counting actually but basically I do a minimum of two tracks per week. Yep, I am very addicted to my studio and making tracks…

Do you produce only house music, I hear that you have some other aliases?
I love house but I also have a minimal project under the name of Monsieur Georget. I have an album coming on Adult Shape, a sub-division of my label Adult Only, under that name so make sure you look out for it!

I also have another album, which is more hip-hop-orientated, forthcoming on Robsoul Jazz. Plus, I also have some more Detroit techno influenced work on another one of my labels, Sound Carrier.

After music what is your other passion?
You know something, I really love gardening. I spend a lot of my spare time getting to grips with flora and fauna. I have orchids, small trees… lots of plants. It’s a great way to relax my mind.

What is the your ideal transportation?
I’ve heard of a train developed by Tesla called Hyper Loop, which can travel at over 1200 km/h. That would get me from A to B in no time at all and would probably look very cool as well.

What is the style of music you really don’t like?
I don’t think there is one. There is good music in every genre I think. I guess the only stuff I don’t like is the really terrible EDM stuff, but there are some people who like that, too. It’s just not to my tastes.

Dan you normally come to the studio straight from the airport?
Yes I love to inject the energy of the previous night into a session in the studio. It’s great to seize the moment and work on music when you still have the party in you, for sure.

Your favorite pet all time : Yoji ???
Ah Yoji, I miss your dog Chris! Especially during that after party at your place when he was trying to kiss me all the time. That was a really great moment, haha.

I’ve heard you are able to kite surf, what trick are you able to do?
Ha! I WISH I was able to do some tricks. I can barely navigate up wind and down wind at the moment. I need more time to practice my moves, but I will attempt to learn a 360 in the next two years. Watch this space…

Dan Ghenacia and Chris Carrier ‘Sweet Heart’ EP is out on vinyl 16th December on Apollonia Music. Find it HERE 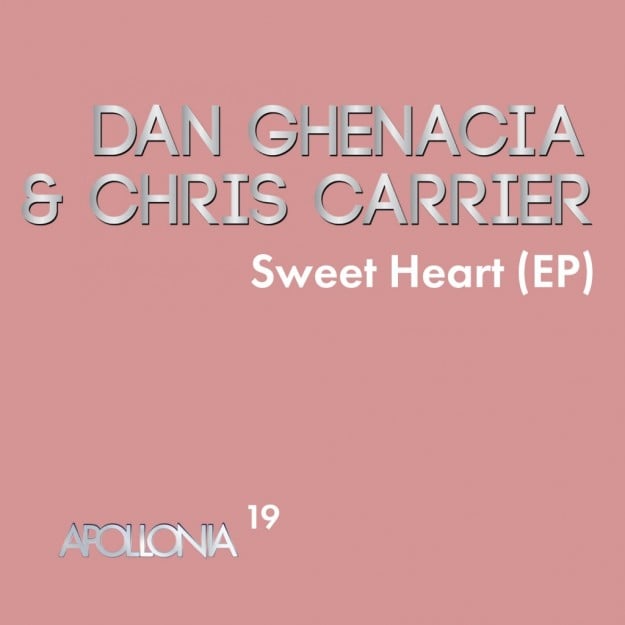