With its Space Oddity theme, the countdown to Deep South 2017 has begun.

Held in a private ancient woodlands in Tunbridge Wells, the 2017 edition takes inspiration from Ziggy Stardust to Aladdin Sane, Heroes to Heathens, come with your painted faces and Let’s Dance. Each year, Deep South showcases the best in live music and DJ sets from South London’s tight knit musical community. In addition to seeing a return of the labels, parties and record stores involved in last years Mansion Party, the festival welcomes new partners including Brighton’s Disco Deviant who bring The Reflex, Rayko and Pablo Contraband for a takeover of the Lake Stage! 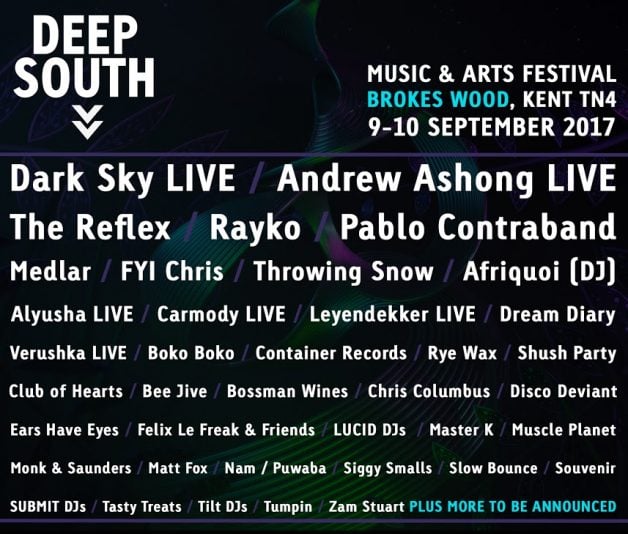