Bradley Gunn Raver has made his life’s mission to dance. He does so at parties, festivals and raves all over the world.

He’s done so for charity, and has done so for BBC film crews. He sees it as a visual representation of himself and his feelings and has picked up a huge social media following as a result. Often founding dancing with globe trotting DJ stars, he will do so again on New Year’s Eve at HYTE at Funkhaus in Berlin for a 24 hour rave. The likes of Adam Beyer, Chris Liebing, Loco Dice, Nina Kraviz, Pan-Pot, Ricardo Villalobos and Tale Of Us all play, so ahead of the event we chat down to talk about his history of dancing and more besides.

“…trying to think about what’s the worst thing, well that just doesn’t happen”

How are you, how was 2017? What were some of the best, worst and weirdest memories you made?
2017 has been my craziest year yet, the best thing being the short documentary filmed with BBC Three, and the weirdest memory but also one of the best too was when I was flown over to Berlin with the Morning Gloryville crew to dance at a Friday morning breakfast rave.

When did you first go to a rave, can you remember? What was it like? Who was on?
It was a small little club in Bristol at around 4am when I found it, I was already out with some friends, and they had gone home and I decided to get to know Bristol a bit better by exploring the city, I had no idea what the event was, who was playing etc, anyway I walked in, it was quite a different environment than what I was used to, I spent most of the next 4 hours not dancing at all, and actually observing, and building up a mental profile of everything going on, turns out it ticked every box in my brain telling me that this was the type of place I wanted to go to more often.

Why did you fall in love? What made you want to spend your life dancing?
This is something that is hard to describe, I don’t really take a long time to decide to fall in love with something. I decide pretty early on whether I want to devote my life to something, and if it is something that I want to do, it takes priority over everything else and becomes the obsession which I constantly drive myself to succeed at every angle of it I can. I think the main reason I initially fell in love with raving was the fact that I could spend hours dancing in the same spot without having to worry about anything else, and so that’s where my saying “love life and rave” was born.

Can you dance, ever had lessons, or are you just someone who moves based on feelings and the moment?
The dancing is just the visual aspect that people see when I rave, it is the visual expression. For me, raving isn’t just dancing, it is a lot more than that, including mental expression. I wouldn’t class myself as a professional dancing, or think of myself as a good dancer, I just dance how I feel and I concentrate radiating positive vibes instead of trying to be better than everyone else

What’s the best ever dance you’ve been to, and why?
My favourite event so far has been Junction 2 in London, I feel like the whole environment of it being under a motorway really set the scene, and with Techno titans Drumcode hosting the stage, it was amazing

You’ve danced 24 hours for charity, right? Tell us about that, how did you survive such a long one?
This hasn’t happened yet, the 24-hour dancing for charity is happening on 13th January 2018. I have attended raves for extreme amounts of time including my new years’s 2014/15 rave session which consisted of 4 raves equating to 38 hours. However the 24-hour dancing hasn’t happened yet. How do you survive for a long period of time? well it’s simple, you just have to tell yourself you can do it, believe you can do it, and see it through.

What have you learnt about people, cultures, relationships and club life on your travels?
I find it hard to read people, so this has always been a struggle, I do notice slight differences between different crowds however trying to put it into words is quite difficult.

Lots of other people playing – anyone you are keen to check out? Do you still do research on the ground like that?
I personally don’t pay a lot of attention to the actual set-times, although I do check the line up. Reason for this is I like to spent the day/night without a full-on schedule, and move around the different stages as I please. I can see who I’m raving to at the time, and if not it’s a great time to find out. I have learnt most about the artists I know through actually attending events.

What have you got planned for 2018, any places you really need to check off your list?
2018 is still filling up with festivals and other events right now, however I am yet to put together some crazy plans yet, I do wish to make it over to the US, however with it being quite a big financial investment, I can’t confirm whether that will definitely happen. 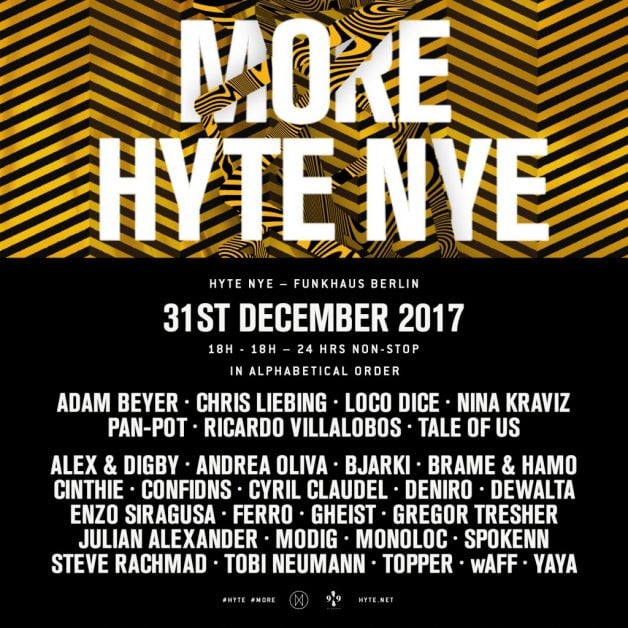