Deepak Sharma is the owner on New York’s Hidden Recordings label, which is soon to celebrate its fortieth release courtesy of the man himself.

‘Partition’, a four track EP featuring the original title track and three remixes, has been described by Deepak as a ‘DJ tool’ and is hard-driving slab of techno.

The second release from the label this year, Deepak Sharma and Hidden Recordings are looking to continue growing their amazing catalogue of music and ‘Partition’ is an excellent indicator that there will be no dip in the quality of the music. Check out what Deepak had to say recently about DJ tools, DJing, his label and much more below.

“it’s important to define what a DJ tool is”

You have described ‘Partition’ as a DJ tool. What would be your favourite tracks that would fit into this bracket?
I think it’s more about a design of a track rather than favourites. I’ll explain…

First, it’s important to define what a DJ tool is. It’s about feel and utility. I understand that words such as ‘tool’ and ‘utility’ may not sound creative, but they are important when trying to tell an extended musical story as a DJ, you need them to paint the larger picture and broader view.

The best tools are about trust with certain labels and artists when you’re reaching for something in layering a certain groove. Sometimes it’s a specific kick you are going for, and in others there is an underlying bass groove for when you’re locking everyone in and want to keep going for a while.

Can you remember the track or album that made you want to DJ/produce tracks of your own?
All producers have their own unique path that lead them to the studio. For me, once I decided to become a DJ I noticed I was gravitating a lot towards minimalism with atmospheric, lush and deeper sounds coming in from Germany because I was playing mainly opening slots. However, as I began to get booked more for peak sets, I noticed my collection growing and that’s where my love affair with techno really began. I was in awe of the raw power, strength and grit of guys like Cari Lekebusch and his H-Productions and Kaun Trax label, Damon Wild and his Synewave imprint along with Pascal Feos and Alexander Kowalski. When this world opened, I was obessed and have never stopped exploring.

A record that I still play, rarely though because of the sheer strength of it, is Brixton ‘F*ckass w/ Robert Natus and Headroom’ remixes off of Holzplatten in 2005. Absolutely scary remix by Headroom on that one!

So with this combination of deep, hypnotic and more industrial and heavy sounds, I began to think about production in this way: It’s ok for one to produce a variety and go with what you’re feeling rather than what others expect. You should always make something you’d play out, but it doesn’t have to be forced if it doesn’t make sense for that particular set.

Before DJing, growing up a fan and living through the New York City nightlife, a track that stands out is Danny Tenaglia’s ‘Elements’. I’m sure the atmosphere of the party had something to do with it, but when that bass line creeps in and the chant happens amidst tribal madness, it was something that definitely resonated and peaked my interest in ‘how did they make that?’

Who has been single biggest influence over your career and music?
It’s not necessarily a who, but what has influenced me. I alluded to it earlier, but for me it’s the environment in which I’ve surrounded myself. The past 20 years in New York City has exposed me to a lot, more than I could have ever imagined. You see, I started out as a fan and a dreamer. Then curiosity took over and the can-do attitude of ‘what if I tried…’ grew from there. Without living here, I would have never known this side of me but more importantly that it needed to be nurtured, grown, and released.
Musically, I’d like to say I’ve created my own path honouring all I’ve heard through the club doors of New York City and incorporating what works for me depending on mood of the set. In my heart, I know I’ll always be dedicated to making late-night dance-floors move.

Where was your first performance? How did it go?
Ha, not good! I was promoter at the time and the club owner suggested I put myself on the bill for the main room. I was used to playing small lounges at early times on weekdays so this was huge step up. Things moved much faster and louder in there – I was so overwhelmed by the sheer power of the booth. I remember sweat dripping down the side of my body as I didn’t feel comfortable at all. I couldn’t wait for it to be over! The culmination of all the anxiety lead to a massive trainwreck that sounded like the loudest noise in the world at the time. Luckily it was during the earlier part of the night so only close friends were there. Still, it was embarrassing.

My first traveling gig was in upstate NY, Buffalo. It was a small lounge with a good sound-system and again I was nervous, but it was more about wanting the night to go well and for people to enjoy the music that I love so much. I remember my hands shaking as I was reaching for my first record because I was so excited by the music in my bag!

Do you have any horror stories from your early years of DJing?
Ha, yes of course. I think we all do. One time in Los Angeles, the promoter’s driver whom I never met before picked me up and we had a run in with a parking lot attendant, meaning he ran over the attendant’s foot after an argument! Instead of pulling over, the driver decided to drive away and it was soon after police were following us. I was WTF is going on here and how do I get out of this vehicle and away from this crazy driver! The driver ended up back in the same parking lot surrounded by police. They asked for us to get out of the car and next thing I know I’m in the middle of the road with my hands over my head, held at gunpoint. I was then asked multiple times which gang I was in by the LAPD! After my story checked out, I was miraculously only 15 minutes late to the gig. Needless to say, I asked the promoter if we could switch it up and if he could take me home after the gig.

What is your favourite place to perform and why?
City wise, it has to be NYC because it’s home and there’s more opportunity to express yourself with numerous great venues and warehouses. While I enjoy mixing it up, I have a special place in my heart for playing more intimate, ‘hole-in-the-wall’ type venues where it’s a more personal experience through playing extended sets.

One type of place was National Underground where I set-up a label night named Rough and Tumble and the nights were relentless with sets exceeding 4 hours at times. It had all we needed, an easy entrance policy, cold drinks and a killer soundsystem. Occasionally, we’d invite someone we admired to join such as Psyk (Non Series, Mote Evolver). It was in there that I really connected to fans as a DJ letting loose.

The [040HR] Partition release party on May 19th is at a similar type of venue named Tilt in Brooklyn. It’s a really unique space with a deep walk down into a dungeon where a lounge and dance-floor await.
These close-knit experiences have carried over to when I play larger clubs such as Output in Brooklyn, which is fantastic in every way. In May, I have a gig at the new space in Brooklyn named Elsewhere which has excellent sound, programming and accessibility for fans. To me, the bigger rooms create for special moments with broader audiences mixed in between the smaller vibes that are dear to me.

What is your favourite piece of kit that you own and why?
Since I’m a DJ first, my vinyl collections is what I’m most passionate about and am always looking to add and also re-discover old tracks.

I’m not really a gear nerd, but more simplistic in set-up with some hardware and software with everything happening through Ableton. Similar to my vinyl collection, I’m looking to eventually add to my studio as well with the right pieces such as more hardware like the Moog Mother 32 for richer sounds.

How has the scene changed since you start DJing/producing?
Twenty years ago, I learned about a DJ through thumbing through records at the store or when they gigged in your city and maybe some larger radio play like BBC.

Now the dynamic I’m trying to figure out is social media. All I ever wanted is to concentrate on DJing, producing and pushing my label with social media in a supportive role to everything. However, what has me worried is if I don’t leverage social media to it’s fullest extent, am I missing out on gig opportunities? It’s naïve to think I can rely solely on my musical output to breakthrough and secure more chances. Injecting myself into the social media stream-of-consciousness of fellow DJ’s, promoters and fans has been challenging since everyone uses it.

Video is another way I’m trying to help connect with everyone in the ‘new world’. Footage from gigs, trailers of releases and events are good ways to promote what you’re doing. I recently worked on a ‘Portraits’ video that acts like an interview, biography and documentary on myself as an artist with the purpose to make it easier for people to learn about my comeback. The only issue for me is I don’t necessarily have the resources to always plan for this.

What has been your favourite release of the year so far?
I’m biased towards what we are doing at Hidden Recordings so I would say Yuuki Sakai’s Di Go. It’s an incredible four track EP that includes really interesting and unique sound design.

Outside of my own label, my recent charts include tracks from labels such as Perc Trax, Taapion, Token, Soma, Clergy, Arts, Mord, Stroboscopic Artefacts, Echochord, Dystopian, Time to Express, Mote Evolver, Dement3d, Edit Select, and Amotik. A track I enjoyed recently is Lucy’s ‘High Priestess’ on Zehnin that has a brilliant extended percussive build-up into a dark abyss body, followed by an lengthy outro of cinematic sounds.

I’d like to mention that there are some great young labels growing locally and pushing forward-thinking techno such as New York Trax, Dusk Notes, Monday Off, and Supervoid. Add that to the established Bunker NY and there’s plenty to watch for in NYC.

What advice would you give to anyone starting out producing/DJing?
Know that they are different crafts that require different types of energies. Producing is more solitary while DJing is more social so based off where you are in your life, you may gravitate towards one more than the other. That’s ok as eventually the pendulum sways in the other direction as you continue to build up your production skills. Eventually you try and balance both out equally knowing it may change from time to time.

‘Partition’ by Deepak Sharma is out on 28 May. 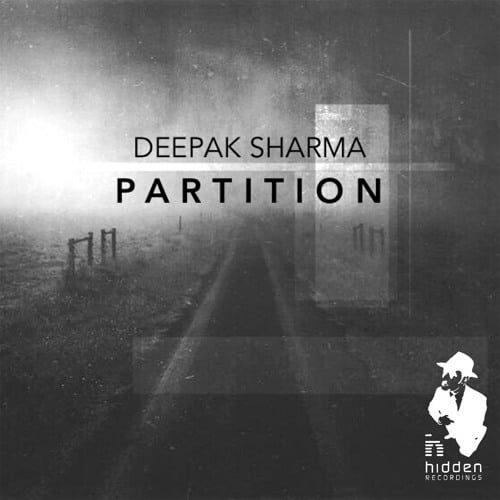