Once from Frankfurt, trained on the sounds of Cocoon and Robert Johnson, Michael Klein has since made the way to Berlin where he reinvented his sound driven by the strong influences of Berlin and his residency at the legendary underground club Stattbad.  Since, his productions have been supported by the likes of Pan-Pot, Dubfire, Laurent Garnier, Chris Liebing. Speedy J, Danny Tenaglia, Drumcell, Carlo Lio and many more.

As a DJ,  Michael is known for energetic and hypnotising sets that combine strong programming and powerful manipulative mixing. This is on full display here with the 125th edition of our mix series coming courtesy of the multi talented Michael Klein. For an even greater peer into the process behind the mix’ creation, we also asked Michael a few questions on how he constructed it.

What element or track did the idea for the mix start with?
It has been triggered by a recent release of ‘Architectual’ which is actually the second track in the mix. Because of its vibe I really wanted to make this to become a set with a warehouse vibe.

What was the idea behind the mix?
The idea was to create a set that would perfectly work within a warehouse environment. I wanted to gather all these tracks from the past months that would fit into this category and put them into one mix.

Where was the mix/track recorded?
The set has been recorded at the Native Instruments headquarters in Berlin. During the day I work there as a designer for hardware and after working hours I locked myself in our artist lounge to work on this mix.

What was your selection criteria for the tracks you included in the mix?
The tracks had to be very raw sounding as well as a bit trippy. I love to play tracks that are not too much “in your face” but get you with their subtlety over time.

If you would have to choose a visual representation for this mix (poster/piece of classical or modern art, photography), what would that be?
It would be the attached picture. For me the Kraftwerk in Berlin is one of the most amazing locations I have seen in a clubbing environment. It just screams rawness through it’s metal and concrete construction while also having something very mysterious to it. You never know whats waiting for you behind the next steel beam. 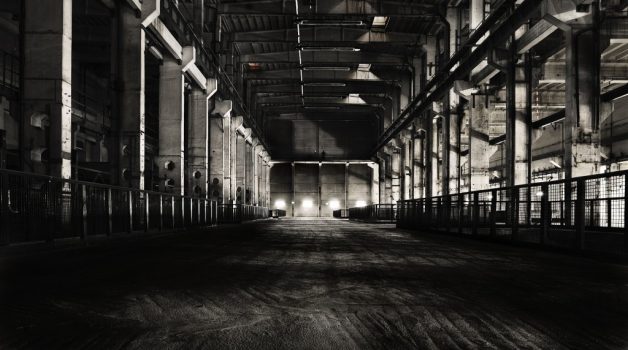