LA-based label Culprit celebrates five years in the business this year, which is a great achievement considering how difficult it is to even maintain a DJ or production career in this day and age. The label has been a favourite of ours since its very early days, with acts such as Hot Natured, Shonky and Adriatique, among many others, releasing their early material with them. This Saturday Culprit come to London to take over Room 2 at fabric and celebrate their milestone in style. Ahead of that party we spoke to Droog’s Andrei Osyka and asked to him to list the label’s top 5 moments so far…

1. Culprit’s Premiere Release:
A proper place to start would be from the very beginning . It day our first release came out – it was Hot Natured’s debut as well, “h.e.a.d.s.” Like a bolt of lightning on the cover art, we all came onto the scene and managed to make a bit of a statement too, courtesy Lee Foss and Jamie Jones. This was culmination of nearly a year’s worth of preparation, getting everything ready – from facilitating the music, which came out as a result of week-long session in our small LA studio, to the naming and branding of the label, that slightly chaotic but ultimately worthwhile photo shoot that produced the cover art etc. With this, we were well and truly up and running. 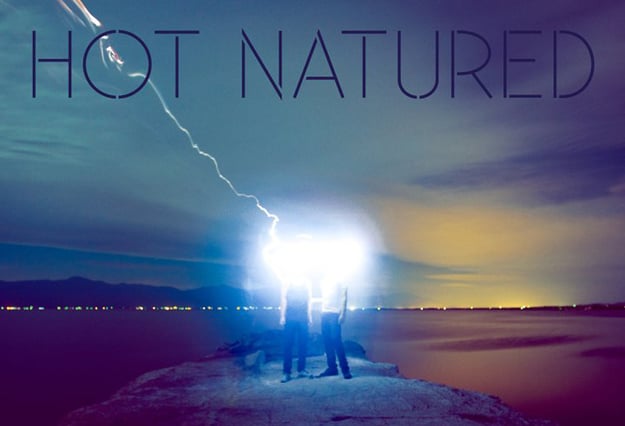 2. First Off-Sonar Showcase:
Two years later (2011) after a string of notable (we’d like to think) releases and the growing attention to our rooftop parties in LA, we had our proper international coming-of-age party, during the off-Sonar week in Barcelona. We put this one together with our brothers-in-arms Leftroom Records and super crew of crazy fun Russians (who later released on Culprit as Special Case). The vibe was magic and when the clouds parted at the end of Matt Tolfreyand Lee Burridge’s back-2-back set, to the sounds of Inxec’s bootleg remix of The XX “Crystalized,” we all looked at each other in amazement, “this is happening!”

3. Epic Rooftop Party in LA:
Next Summer, 2012, our long running series of rooftop parties at the Standard Hotel in LA went from good to reaaaally good. The success of the label, which gave the parties its name since before the label even existed (2008), fed back into it and whole thing really took off. It’s as if our ambition of creating or helping create a movement of sorts in LA was coming into being. The one party that brought it home was the Art Department rooftop debut. The boys have been wanting to play for ages and brought their best, in turn the LA scene turned out in droves and nearly brought the whole thing to a halt – the sheer number of people wanting to come was overwhelming and we barely averted a disaster. But once the party kicked into high gear with our man jozif setting things up and Art Department smashing it to close, the whole vibe was electric, one-of-a-kind, I-was-there type of a thing

4. Best Music Video:
Being a Los Angeles label through and through has always been mega important for us, we are the patriots of our adopted city. Needless to say, film and all kinds of visual art is at the very core of LA, not only because the city is the nexus of that industry but the city itself is cinematic. So our explorations in the music video realm were inevitable, a necessary extension of what we do and who we are. We are still growing in sophistication, still searching for that patented Culprit visual style but one video where the images, the overall feel and the music came together the best, so far, has been the clip for Adriatique’s “Midnight Walking.” Hopefully in the next 5 years, Culprit will contribute something to the video language of the dance music scene.

5. Showcase at Fabric:
Whilst it’s not something that’s happened quite yet, but this Saturday’s 5th Anniversary showcase at Fabric is a big big occasion for us. Coming up in this scene, Fabric has been the pillar of quality, a singular club, a legendary place, really. Being from a fairly far away place, just coming here to party was exciting. Playing here – which we did in 2010 for the first time – seemed like a mythical accomplishment. The best of the best have graced the decks of this place, its attention to the right detail and the amazing team of people who work there really make it the club to always aspire to. So to be invited to host our special showcase here, in Room 2, is a thrill and a privilege.