UPDATE: fabric has survived the threat of closure, but will now be enlisting sniffer dogs on its doors to back up its zero tolerance drug policy.

So now fabric will the first club in London to have the police dogs on regular patrol. But it will cost them… each dog and handler is priced at £300 for a four-hour shift.

They’re also expected to introduce ID checks on all clubbers, improve their CCTV and increase drug searches at the door as part of a package of conditions put upon them by Islington Council following their threat to revoke the club’s license.

Paddy Whur, the club’s solicitor, said: “They will need seven dogs per night because they can only work for a certain number of hours.

“The vast majority of private sector dog providers are not trained to the level that police dogs are. So it’s been difficult finding one to meet the criteria police want.”

Well, we guess that’s the best result they could have hoped for. Let’s all breathe a sigh of relief that fabric will remain open.

Now, this had us open-mouthed in disbelief when we saw it… London’s pride and joy, the city’s best-known clubbing space and one of the clubs that has not only outlasted several of those that were around at the end of the nineties but has also been responsible for influencing the world of electronic music for many years now – that is, fabric – is being threatened with closure. Closure?! You say… yes, CLOSURE. Now, this has been reported in a newspaper that we generally understand to be a bit of a scaremonger, so of course let’s not start lobbying the powers-that-be just yet (or perhaps we should?). However, here is a summary of the facts and our opinion on the whole debacle.

Firstly, it’s said that the reason why fabric is facing a review of its license is due to four drug-related deaths at the club. Of course, when you read that it does puts things into context a little – although, read into it a bit more and you’ll find that these deaths (which are never a good thing ever, obviously) actually occured over a long period of time, three years in fact. So, eight people have collapsed and four people have died in the last three years – yes, it is bad when anyone dies in a club, and we understand that wholeheartedly. Looking at it subjectively though, it still doesn’t warrant a review of their license, how many pubs and clubs up and down the country have worse stats than that? Safe to say, a hell of a lot. Likewise, how many clubs and bars across the country play host to all-out brawls and violence on a weekly basis? Again, probably a fair few we’d say. And, most importantly, how many people have had a safe, enlightening, magical time at the club – or even received swift and professional assistance in a medical emergency?… You all know the answer to that question. 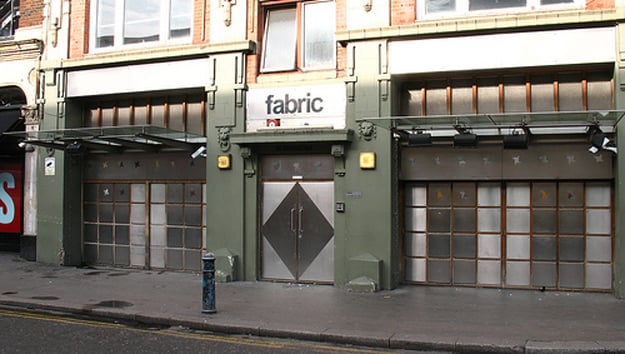 Is this victimisation? Who’s to say… however, it’s certainly quite rash and doesn’t sit well with us. We’re sure many, if not all, of our readers will feel the same.

In a police report submitted to Islington Council’s licensing committee, Pc Steven Harrington said: “It attracts clientele from all over Europe and it would seem that the immaturity or lifestyle of these patrons leads to them becoming actively involved in the taking of illegal drugs and this could account for the disproportionate and wholly unacceptable number of deaths and near death incidents at the venue.”

fabric’s reputation as a world-class venue for underground electronic music is unsurpassed and, even though it sometimes gets a bad rap for being a victim of its own success and a bit of a tourist trap, you can’t deny the quality of their soundsystem, the music that’s played there and the ridiculous line-ups they curate every single weekend. Not to mention the fact that they’ve remained staunch in their ethos since the very beginning, even when times got very tough. So full respect to them and let’s hope Islinton Council are fair in their review of the club’s licence…