Back in January, Enzo Siragusa embarked on his first solo Sunday showcase in the eight-year history of FUSE, now, both are ready for round two at London’s Village Underground.

Happening 7 October, expect aother journey through Enzo’s 25-year record collection with all the important elements of a solid rave – incredible music, bespoke sound and lighting, and a dedicated crow. It;s been quite a year already for Enzo Siragusa as 2017 has seen him tour worldwide, and play for events Warehouse Project and We Are Festival, as well as an impressive list of FUSE showcases at the likes of Off Sonar, Sonus Festival, MDRNTY Cruise, Studio 338 inclusidng a summer residency at Amnesia Ibiza with HYTE. 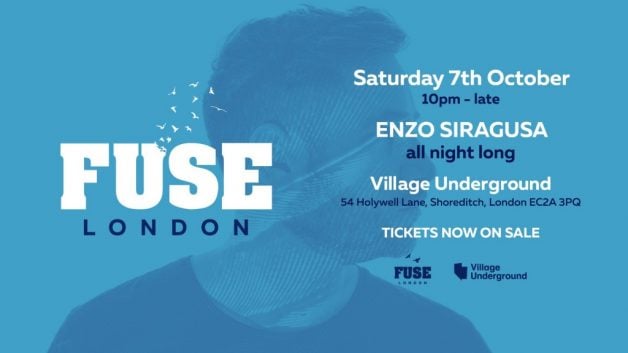