The Hackney Council has presented a “borough wide hours policy” with the intention to inhibit future nighttime venues to open and operate.

The council’s new licensing policy defined “acceptable” opening hours, with pubs and bars to close at 11pm, or midnight on weekend evenings, while nightclubs are described as “not considered appropriate”. Though since changed, the policy now brings clubs in line with pubs and bars, closing at midnight, even on the week’s busiest nights.

The new proposals would specifically affect the heavily gentrifying Hackney Wick area, where several new clubs have sprung up recently, including Bloc and Shapes.

Chair of the council’s licensing committee, Emma Plouviez has said: “The proposed changes to the licensing policy do not mean that we won’t grant new licenses. They provide guidelines intended to help secure well-managed, appropriate and attractive venues in all the different areas of Hackney.”

In a rebuttal, Steve Ball, chief executive at The Columbo Group, which runs The Nest, The Cat & Mutton and XOYO, says: “Hackney is built on its creativity and being seen as one of the most dynamic, diverse and creative boroughs in London. A vital part of that is the constant regeneration of its nightlife. This policy is going to stop that regeneration. We want young creative entrepreneurs coming in and eventually pushing out the old guard. It will remove from young entrepreneurs the opportunity to do things differently.”

A campaign to get the council to recognise the importance of Hackney’s nighttime economy has been launched, where you can make your voice heard. Sign up and participate HERE 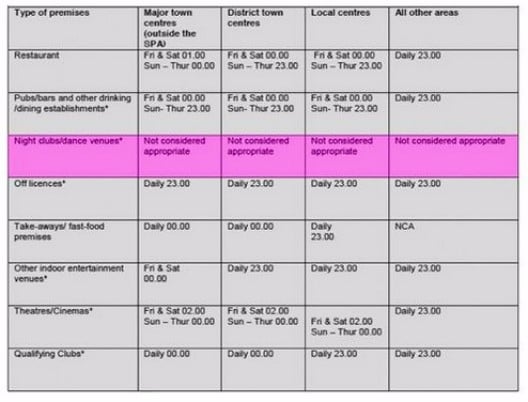