HYTE is returning to Berlin on New Year’s Eve 2017 for a one-of-a-kind 24-hour rave at the infamous Funkhaus.

This is the fourth New Year’s Eve party by HYTE in Berlin. The first phase announcement of the line-up includes heavy weights such as Nina Kraviz, Ricardo Villalobos, Tale of Us, Loco Dice, Chris Liebing, Adam Beyer and Pan-Pot. Many more artists will be added to the bill within the next days. 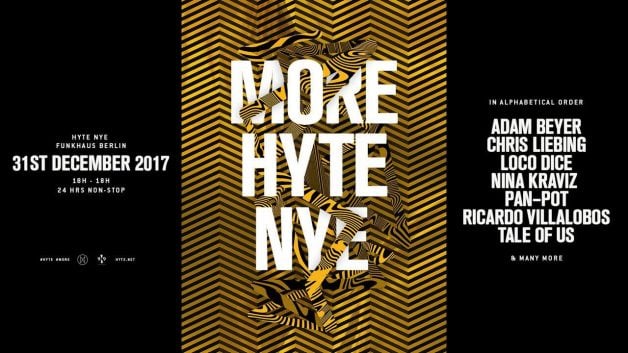