Dudley Strangeways is the unusual alias of Mark Pearson, a DJ, producer and label owner from Nottingham, U.K.

Just as adept making left-field electronica as he is dancefloor focused house and techno, he’s been active in the scene for some time, with his releases finding a home on seminal imprints such as Josh Wink’s Ovum, Tomoki Tamura’s Holic Trax and Butane’s Little Helpers, where he’s released two albums to date. Closer to home, it’s his endeavours alongside label partner and close friend, Michael McLardy for which he is best known. Together, the pair helm the always on-point and interesting Leftback label, which has hosted a series of fantastically well received EPs since it was established back in 2014. Strangeways’ latest release epitomizes all that’s great about his production arsenal: quirky but intricately produced, it showcases his talent with some esteem – as well as that of his collaborator, David Gtronic. We caught up with Mark recently, as he talked us the release, playing Boiler Room in Mexico and his unusual production moniker…

Hi Dudley, thanks for taking the time out to talk to us. First thing we have to ask – what’s in a name? Where did you come up with an alias like Dudley Strangeways?
Hey, no problems more than happy to chat to you guys. But I get asked this a lot but it’s a fairly simple one! I’m originally from a place called Dudley, just outside of Birmingham, and the Smiths’ “Strangeways Here We Come” was one of my favourite albums when I was looking for a name. Still up there that one!

Are you a generally strange guy? What’s the strangest thing you’ve ever done?
It depends what you clarify as strange! I definitely wouldn’t class myself as normal though. Who is?

Back on point – can you tell us a bit about the label? You’re a couple of releases in and you really seem to have found your feet of late. What’s been the most challenging aspect of it all?
We started Leftback over three years ago; it’s actually the third label I’ve been involved with running. Both previous labels, I think have been a learning curve especially the first with not much of a clue what I was doing. I ate beans and toast for a few years to pay for the pressing and remixes, but it was all good fun. Most things for Leftback have dropped into place and I’m pleased to hear that you’re into what we’ve been doing. I would say the most challenging aspect of the label is the events that we’ve been running as they take up a lot of time and effort, but recently they’ve been scaled back to focus more on the label.

Can you tell us a bit about your label partner and partner in crime, Michael McLardy? How did you guys hook up in the first place? Who’s responsible for what at the label? Do you agree on most things musically?
Myself and Michael have known each other for over 7 years now. He came to do a guest mix on a radio show I was involved in running, we both had similar tastes in music and it turned out we had a similar group of friends without really knowing each other previously. He’s started calling himself the Wolf of West Bridgeford of late, which is a place where he lives in Nottingham!

Regarding the label, I tend to sort the majority of the engineering work, mastering and mixing of releases even though Michael can hold his own in this field also. Mick usually sorts the business side of things but as we both have really busy lives, it works pretty well as one of us can take over and work on all aspects of the label if one of us has too much on. I think we agree on most things in general I don’t think we’ve ever argued on anything musical or anything else to that matter, we’re both fairly placid even though Mick claims to be a wolf!

The label’s latest is a collaboration between yourself and David Gtronic, an artist who himself has been earning a lot of plaudits over the last while. Did the collaboration come about organically or did you reach out to him? What do you like about collaborations compared to working individually?
If I’m honest I’m not totally sure, I think David mentioned it a while ago before we started making music together and we just never got round to it. Once he released his EP with Randall M on Leftback 011 we sent each other some unfinished projects to choose from and ended up with a few tracks.

From a purely creative standpoint, do you ever feel stifled by collabs or do they have the opposite effect? Does working with someone else broaden your production horizons do you reckon?
You know what, I do really enjoy working with other producers. It can be cool to see how other’s work and it makes you think about things in a different way as well, which can also bring a bit of a challenge. It’s important that both people involved have the same or similar vibe; it can be tricky if you don’t have the same vision for the track once it’s completed as it just ends up being endless changes and nothing ever gets finished as no one is completely happy.

Yourself and Michael are both based in Nottingham, right? Do you sort of see yourself as flag bearers for the local house and techno scene? Or is this something you’re at all conscious of?
Yeah, we both live in Robin’s Hood’s back yard! I’ve never really thought about it in that way, there are a few really good nights and DJS in Nottingham it’s just nice to be involved in the local scene and know a few like-minded folk.

So what’s the vibe like in Nottingham in terms of clubs and music? Has it steadily improved over the last while? Have you put on many big nights there?
It’s a little up and down but definitely on the up at the moment. When first moving here, 10 years ago there was a lot happening. The Bomb had some of the best people playing every weekend and such a cool venue – low ceilings with sweat dripping from them. The free party scene was good with sound systems like D.I.Y and smokescreen having raves for days in fields, or in the local woods. But a lot of this has died off now. There’s still the odd event but there is a big scene in the city for Bass music such as Bassline or DNB. But you have to hand it to the younger promoters coming through – they’re putting on some good events in some interesting spaces.

We noticed you did Boiler Room in Tulum a while back alongside Michael. How did that one come to pass? Were you conscious of the camera on you or do you quickly get over it? Does playing that alter your approach at all?
We released a mix CD on Leftback of all unreleased music that was coming out that year “Leftback Vol.1”. We later released some of the tracks on 2 vinyl samplers, LB007 & LB008. The guys from Comunite Festival and Boiler Room South America checked out the mix and asked us for the individual tracks to play, and said they wanted us to come to Mexico at some point and it just went from there. The camera wasn’t really an issue – it was more of an issue trying to keep the records on the decks with the wind, as the stage was right on the beachfront. But the guys were very hospitable and we thoroughly enjoyed drinking Mezcal and eating roasted grasshoppers for a few days.

Speaking of approaches – how do you prep for gigs?
I usually start by trying to find a little bit out about the venue, mainly the sound system as some really low end records don’t always translate so well, so not always worth packing them. The time I’m playing and my slot in relation to other artists on the bill is also important, but a lot of this can change on the night. So having a good selection for all possibilities is always good. I always bring more records than I need and a load of music on USB too.

What’s the biggest piece of advice you’d pass down to someone looking to start a career as a DJ/producer?
Have strong shoulders. You will get told ‘NO’ a lot. If you enjoy and believe in what you do then just crack on.

What’s next on the agenda for you right now?
Release wise I’ve a split EP with good friend Luke Black on his new Chord label which is coming out mid-September. He’s been putting on some really cool parties on in Berlin and I have been lucky enough to play at the last one at Golden Gate. Leftback 014 with David Gtronic is remixed by TIJN and Michael McLardy and I’m bringing some Hans Zimmer vibes and an EP to one of my favorite labels at the moment, Pleasure Zone. In regards to Leftback, we’re looking to get back over to Berlin to do a few more label parties. We have just hosted one at Sysyphos, which was great and we have something in the pipeline for Nottingham also. 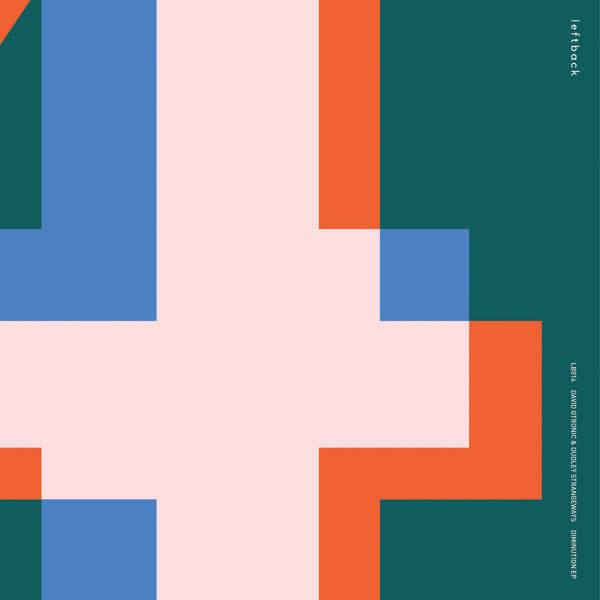