Once from Frankfurt, trained on the sounds of Cocoon and Robert Johnson, Michael Klein has since made the way to Berlin where he reinvented his sound driven by the strong influences of Berlin and his residency at the legendary underground club Stattbad. Since, his productions have been supported by the likes of Dubfire, Laurent Garnier, Chris Liebing. Speedy J, Danny Tenaglia, Drumcell, Carlo Lio, also becoming one of the premiere members of Pan-Pot‘s Second State family.

This month, Michael Klein returns to Second State with the third edition of the label’s collaborative series HUB. Across four tracks Michael collaborates with the likes of Pan-Pot, Amelie Lens, Stephan Hinz, and Roman Lindau, showcasing his production prowess and unique style. With the Ep’s release imminent, we caught up with the notoriously reserved artist to discuss his collaborations, the dark nature of the package, ADE, and much more.

“I wanted to find collaborators where I would feel that we would form a strong team and continuously challenge each other during the process of production.”

We’re speaking with your upcoming HUB offering soon available. As a collaborative EP, what was your criteria in finding your collaborators?
I wanted to find collaborators where I would feel that we would form a strong team and continuously challenge each other during the process of production. This was not an easy call. I would have loved to make a collaboration with each member of the Second State family but as I had to keep it down to 4 I went with this selection.

Obviously, I wanted to run a collaboration with Pan-Pot. As i am very thankful for what they have done for me and how they help to continuously push myself i felt that this would be a very interesting collab especially as our sounds are quite different.

Amelie was also clear to me as since she joined the label we have been talking a lot and I realised we are speaking the same language and share similar values when it comes to production techniques and sounds.

With Stephan it was mainly curiosity to see what we could come up with together. As you know his productions sound quite different to mine but when I listen to his sets or Spotify playlists we share a lot of the same tracks.

Roman is somebody I was looking up to since years now. I have been playing almost every single production of his. I was already very proud when he remixed one of my early tracks a while ago on second state therefor I was very excited to share a collab with him as well.

Describe how each (Amelie Lens, Pan-Pot, Stephan Hinz, Roman Lindau) complement your own sound?
I would say Pan-Pot are known for their high energy products and very catchy hooks. The latter is something that i don’t usually entertain too much in my productions. Not because i don’t like them but purely because I’m not great when it comes to hooks. So Tassilo and Thomas obviously brought a lot to the table but these techniques of coming up with a hook(ish) part as well as constantly keeping the energy of the track up is something that I loved to see influencing and adding to my style.

With Amelie I like how she is able to keep her productions so raw and stripped down while still being able to produce some of the most functional club tracks on the market today. Her point of view how to treat sounds and whats essential and what actually isn’t was one of the key aspects impacting this production.

Stephan has a highly engineer driven view on things which I highly respect. On top of being amazed how he enjoyed to produce a rather underground-ish Techno track compared to his previous productions he also brought numerous engineering and arrangement tricks to the table which was very refreshing to see if you mainly work on your own.

I call the sound Roman and I produce sexy techno. So obviously it was great to have a sparing partner when it comes to find the sexiest groove. Roman also always kept a good eye on keeping a warehouse kind of vibe.

How exactly did you collaborate? Was it via studio sessions, online collaborations or…?
We did both. With Amelie and Roman I was working online. We have been sending stems back and forth. I like it a lot to work this way as you have to bounce and therefor freeze stems all the time. This means commitment to a sound. Also i like to experiment a lot which sometimes ends up in endless noise and weird sound loops. Not always great to listen to for somebody sitting next to you.

With Pan-Pot and Stephan we physically got in their studios at the riverside facilities together and worked on the tracks more or less from scratch. This way of collaborating also has its upsides. Being able to bounce ideas back and forth instantly and just being able to communicate with a human is also an advantage.

What was your approach in constructing the EP from a sound diversity perspective? What musical terrain did you want to cover and how did that affect your decisions on collaborators?
I wanted to create a hub with 4 equally impactful club tracks. It was not supposed to be an EP where you can always have for example one track dive into a more experimental artistic piece or so. I basically wanted to create a record that has 4 A sides. Maybe with different styles but within that style each track should be an A side.

An interesting aspect of the EP is the visual element where you shot and developed your own cover images. Can you describe a bit about approach to this aspect of the release? What kind of camera do you use?
Having been given the opportunity to create the next HUB was a big deal to me. Therefor I right away started to think about what this would mean for the project. I think that there is more then purely the music being part of the experience for somebody listening to this record. I think that the cover of a record also influences or impacts the record heavily. Therefor i tasked myself to come up with something special for this. I set up a special lighting on an empty forrest road and filled it with fog to create this mysterious and dark vibe for the cover. As my productions in general and also these collaborations have quite a raw sound to them i wanted to translate this onto the image as well. Therefore I shot the picture with my analogue Leica M6 on black and white film. To keep it really raw and dirty I also developed the film myself in my bathtub. It took a while to come up with the picture on the cover but I’m very happy how it came out.

How has your summer been? What were some of your highlights?
Summer was great so far. I really enjoyed playing the festival season. My highlights have been playing Croatia for my new Labyrinth family which i joined a few months back as well as Floorfiller Festival in Belgium and also my trip to Portugal for OSI events to only name a few.

Do you have any kind of routine to maintain health and mindfulness during the summer season?
I try to work out. Emphasis on try as I barely find the time for it. What I really do put a high focus on is to eat healthy. I already managed to eliminate meat from my diet and now work on dairy products. Looking at some research it seems pretty obvious how bad these are for you. But what can I say. I just like cheese too much at the moment.

Do you have anything you are particularly looking forward to through the rest of 2017?
I’m really excited about this release. It was something i have been looking forward for a long time now. Also the 3rd release on my own label BLK DRP is going to come out after ADE including a remix of Pan-Pot themselves.

I am also working on some light and visual concepts and as I just signed the lease for a warehouse space to experiment a bit with my ideas you can expect some footage to come up soon on my social media.

How about ADE…what are your plans while in Amsterdam?
Yes, it’s ADE time again. I really love Amsterdam. I think it is one of the few places I could move to right away and leave Berlin behind. I will be in Amsterdam for 3 days during ADE. Kicking off with playing on Wednesday at De Marktkantine and using the rest of the time to eat and meet some industry friends.

Do you have any place in Amsterdam you particularly like to visit when you’re here?
Food is a big deal to me and as Amsterdam has some amazing restaurants I will definitely try to catch a bite at De Kas and Toscanini. 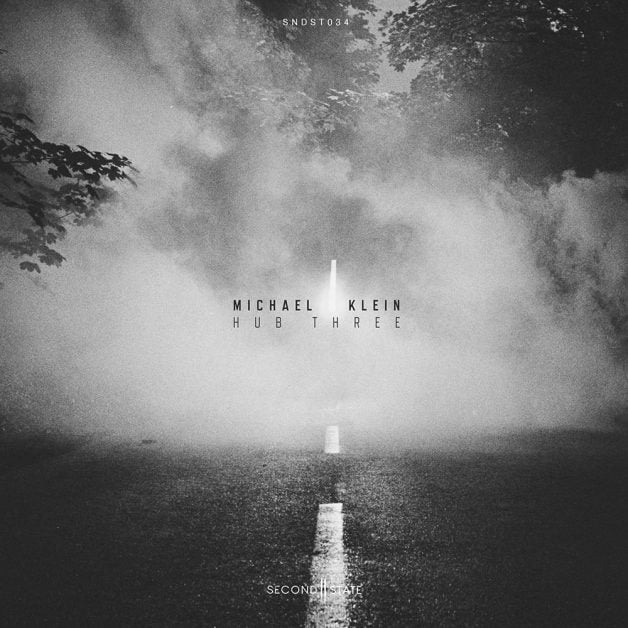