On the release of Sonny Fodera’s newest full length album’s we speak to the man of the hour about his creative process, his residency in Sankey’s Ibiza, life on the road and much more.

Sonny is widely known as one of the kings of hits DJs within the dance music scene. The Australian artist has had many hits in 2017, including his edit of Stormzy’s Shut Up, his number one remix of DJ Deeon‘s Freak Like Me and his ‘Over This Single’. He has also played hundreds of headline DJ sets all over the globe and has managed to find time to write a full length album for regular label Defected Frequently Flying. Chockablock with singable dance tracks that feature emotive vocals form a range of guests.

How are you, how has the last year been?

It has been crazy! Amongst buying a house in London, moving, completing my album and so much more. Non-stop. It has been really intense, but all very worth it. I like to keep active and see new places, I just make it work. It also allows me to keep on sharing my music with so many different people, in all different time zones and cities… Which is really amazing.

Having played all over the world, do people react the same or does each country have a different style they like?

I love playing in the UK, USA, Brazil & Australia as well as Ibiza, and of course the rest of the world of course, but those countries are my favourite. The reaction and vibe is amazing, I am currently on tour in North America and it has been off the hook. What makes a great club for me is the sound and the crowd of course also the hospitality, there is nothing worse than playing somewhere with horrible sound, no vibe and no one looking after you while you are playing. I play more techy in USA and South America as I think they like it harder, whereas UK love vocal and more jacked up beats, along with some heavy basslines.

Have you got any funny or crazy stories from your time on the road – any near misses or close disasters or whatever?

One thing I will always remember is when I played at Beyond Wonderland festival, the vibe was just incredible! We stayed the night and then decided to drive to the Grand Canyon for sunrise, which was one of the most amazing things I have ever seen. From there we drove to Las Vegas for one night and stayed at the Wynn Encore. I spent the night playing roulette quite randomly with Skepta and his squad. Driving back to Lax the next day wasn’t very easy at all. 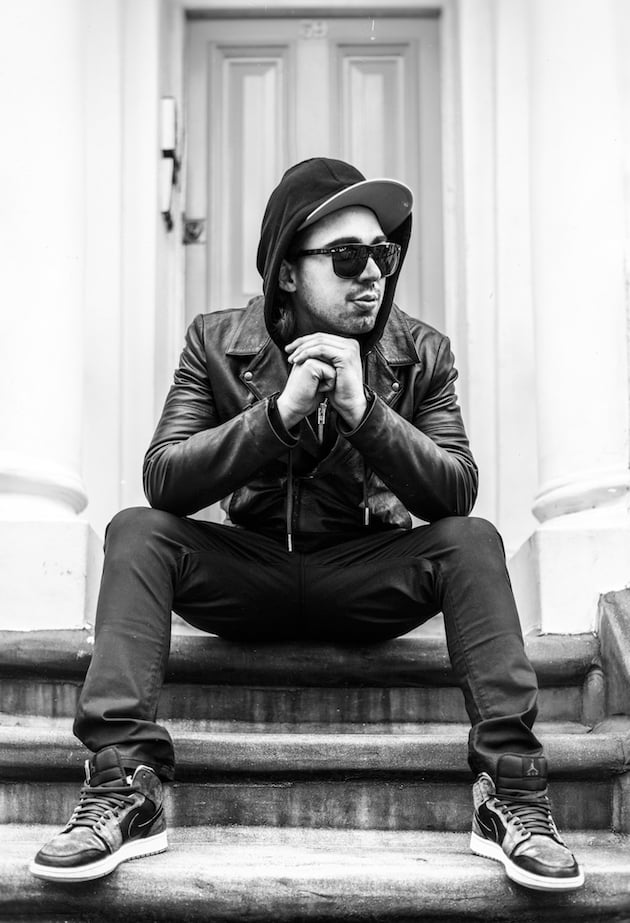 You have had some widely received hits in the last year or so? How did that experience went?

It feels amazing, it is defiantly a nice surprise! My Gershon Jackson remix that went no.1 on Beatport was made on a plane ride from London to Milan in about 2 hours, so was really surprised to see that go no.1. I think you need to just vibe with music and let things un-fold naturally, rather than trying to make it sound like your initial idea or getting sucked into trying to make stuff for a label, I think this can put you off a bit and become forced. I think it’s important to make stuff you like,  the music will speak for itself.

How was Ibiza for you this year – what were the best parties, and were there any big new trends?

Was off the hook! My residency at Sankey’s was really good, I got to play b2b with Chris Lorenzo and Low Steppa, although flying there every week was quite tough, it was worth it. The vibe in the basement was next level! I have collabs coming soon with Low Steppa and Chris Lorenzo so stay tuned for them.

Tell us about the album, why did you decide now was the right time for one?

This is actually my 3rd album. I had 2 before on Cajmere/ Green Velvet’s label Cajual records.

Tell us about the vocals – who writes them? What attention do you put to the lyrics?

Most of the vocalists are London based. So it was cool to be able to get in the studio and work ideas and just jam really. I think this is how the magic happened. Most of the vocals were written by the singers and writers, but I was in there recording them, producing, engineering. Janai has so much emotion in her voice, and so much behind her lyrics, you can just hear that in the tracks. I think it is really important to have that, I love it when you hear a song and get chills down your spine, I always aim for this. I think this is one of the things that makes house music for me, those feelings and emotions behind a song, not just repetitive kick drums and hi hats with a snare build.

Now the album is done, what’s next, will you have a break from writing music?

Never! I love writing on the road, I get some really good ideas. I am always making new edits on the plane or in the hotel room. But just as much I love being in my studio at home or in London. I just finished this album, but I am keen to move onto my next project. I have so many ideas, so it will be exciting putting them together. I have lots of time on this current tour in USA to write some new music, looking forward to that!

What do you do when you don’t make music or tour?

I have my amazing girlfriend; we spend a lot of time together. She keeps me grounded. I am also into food, photography and art… These days I am always checking out art exhibitions, it brings a lot of inspiration in unexpected ways. I also love playing FIFA on ps4, I actually get quite competitive!

The Album is OUT NOW on Defected Records