Wally Callerio is an American house producer who has built up a solid discography over many years. He has done so on great labels like DFTD, Modern Revival and many others and is also the boss of his own Dufflebag Recordings.

He now returns to that label with a new album that is filled with timeless house sounds from across a broad spectrum. Entitled “The Love Safari”, and coming four years after the first volume, it shows off his classically rooted style. Here we speak to him about this, about his love of Chicago house, and much more.

“I always tell people it’s better to spend time learning 1 thing rather than buying a million things and not knowing how to use any of them. “

How do you like summer? Does it inspire you to write sunny, happier music than usual?
Honestly I live in Southern California and our weather is basically summer year round… I love it. In general I have been trying to write happier music. I think we need more Happy… more Funk…. We use our music to escape from the day to day realities and I think lately the world is a bit crazy. So happy and Funky is where I live at in this moment.. summer or winter.

Tell us when and how you first got into house music, what turned you on?
I went to my first underground party in December 1988 when I was a sophomore in high school. I have always loved music in general I was already djing hip hop at this point and when I went to my first underground it wasn’t quite house… it was techno but it sounded nothing like what you could hear on the radio in the mainstream at least where I lived at that time. Eventually around 1991 I discovered Doc Martin in a side room at an underground in LA. I heard music again. I heard Melodies. I heard everything I needed again from my music and I was hooked for life. and I haven’t stopped since… December will be 29 years that I have supported this music in one way or another. This has been my life literally.

How did you first get involved, when did you first play the decks and decide you wanted to be a DJ?
I started DJing Summer of 1987 inspired mostly by the rap and hip hop movement of the early 80s. I was in a leg cast at the time from a sports injury so that’s literally what I did almost every day after school for 6 months straight. I owned 1 deck my friend owned a deck and a radio shack mixer and his dad worked all day. So it was non-stop playing records. I started buying some early techno and rave shit around the next year. I didn’t dj my first real event until I was 21 in 1995 than I was part of an underground party called LOVE in LA from then until around 2001. I don’t think anything made me actually want to be a dj. I just really loved music and I was good at it. It just always felt right.

Is house music the sound of the city in Chicago? Does it come from every shop and car?
I don’t live in Chicago but I go quite frequently. Chicago is basically where all my generations influence came from along with N.Y and later the west coast caught up and we did our thing as well. I think this music is loved by this city in a special way that no other city can love this music. It was the birthplace of house music. It loves its music as much as a mother loves its child. They have a lot of pride in it and they should. Its pretty much where 2/3 of my inspiration for house music comes from.

Who are the modern Chicago house heavyweights who have taken the mantel from the likes of Derrick Carter and DJ Sneak? IS there new talent coming through?
No one will ever take the mantel from Derrick Carter ever. There has always been so much talent in Chicago. Gene Farris is killing the game right now.. DIz… Iz… Heather… Colette.. all the usual suspects for me. I don’t think this game was ever about knocking people off of mantels either. This generation of DJs were always true to the music and that’s what I think pushes thru in the end. As far as new talent it comes from all over the world at this point. Chicago infected the world with house music. Chuck Daniels has been making a lot of waves one of his remixes is getting blasted and put out on Seth Troxlers label. Demarkus Lewis and Jason hodges been doing some great stuff for years now I think they deserve some love.. To me I am hoping that a lot of the people that really know and love this music. The people that have stuck around for real and worked hard will get their day so they can teach the next generation the truth.

What is your own sound? Whats your style, what makes you unique?
My house music “sound” has always been a combination of my fav 3 djs when I started.. Derrick Carter, Mark Farina and Doc Martin. I really love funky baselines, trippy sounds, well produced drums, Vocals anything that will make you smile, think or dance. I tell a story playing thru a few different sub genres seamlessly that’s the way we learned. I think what makes me unique is that I am in the mix 85% of the time that I am djing. I never rest or have time to do that lil fist pump dance these young guys like to do. I am not a hype dj. I put my head down and I go at it. I boogie hard while I dj not for the crowd but because I can’t help myself. I am unique because 30 years of learning has allowed me to add so many ingredients together there could be no other like me. Not in a cocky kind of way but in a hey let’s throw all this shit together and blend it kind of way… that’s me special blend, but I guess we all are right?

Your new EP is an arty affair that is more than just beats for the club, right?
Yes, I usually build an album with a few more experimental feels. I like to try stuff and being artsy fartsy can go both ways and I’m sure some will say it did but I’d risk it because you never know what the real line between good art and bad art is. That’s art, its opinion in the end. I like to put a good array on my albums from a techier feel to a listening track to a club track. I like the range of house music not being so one note.

What gear do you use to make your music and does that matter? Are you hardware of software focussed?
I went from having a huge studio with lots of synths, gear and mixing board to being down all in the box now. I have never thought it mattered what you make music on. There are people that can write symphonies on a sampler alone. I always tell people it’s better to spend time learning 1 thing rather than buying a million things and not knowing how to use any of them. All you need is your mind, some creativity and a lot of time to learn. Nowadays with Youtube you can learn how to do anything, how to mix better, how to produce… anything. Very different from my days where you spent 2 months trying to get your keyboard to talk thru midi so you could actually use it.

Do your styles as a DJ and producer interlink and inform one another? Do you make tunes you like to DJ?
In some ways yes… and in some no.. Usually when I make music I just start a track and go.. I am not thinking about playing it or not until its done. And usually I never play my own music because I am so sick of hearing it by the time I’m done, I am usually done with it mentally. So sometimes it turns out I’ll play some, sometimes not depending on the track and the situation.

What else have you got coming up/are you looking forward to?
The biggest thing on my Radar right now is my other Album that I am currently finishing up for Fall. A new group called “dirty/sexy” with my good friend and R&B Legend Jon. B which represents dirty underground/Sexy Soul a combination of where we root from. We are currently working on a 9 track Album of Radio oriented music inspired by the 70s and 80s funk/disco likes of Earth, Wind and Fire, Michael Jackson, Prince as well as a few cross pollinated house tracks. This is a project of a lifetime, a project that’s not limited to just the dance community. I have been so blessed to work alongside Jon on this project. He is so amazingly talented in so many ways.. Vocally.. Musically.. Creatively… It has been an organic thing and just came together so naturally. Our emotions and intentions as musicians come thru plain as day on this one. So keep a look out for that soon as well! 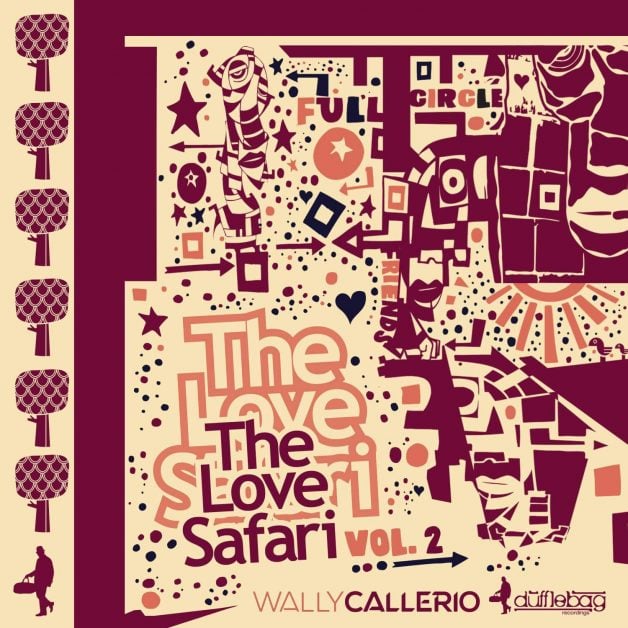