Laroc is located on the banks of the D. Pedro Highway in Valinhos, an hour away from Sao Paolo in Brazil.

It is a blissful setting amongst rolling hills and lush green forests and boasts a big open air stage that puts DJs at the heart of the action. Those DJs–unusually, for this most nocturnal scene–start their sets in the mid afternoon and soundtrack the breathtaking sunsets that occur a few hours later when the sun slowly, dramatically sinks behind the hills. That, coupled with the high calibre of guest who plays the place, as well as its great sound system and colourful production, is what is marking the place out as one of the best new clubs in the world right now.

Here we speak to Mario Sergio, the Production Manager and Laroc partner behind it to find out more ahead of the likes of James Zabiela, D-Edge boss man Renato Ratier, Kolombo & Claptone and many more all playing in the next few months.

Introduce yourself and tell us what you do at Laroc and how you came to be a promoter there?
My names is Mario Sergio, I am 32 years old, Production Manager and partner at Laroc Club. Due to my participation in the market I was invited to be part of this project.

How long have you been putting on parties? What else have you done and where?
I have 12 years in the Market, and I had the opportunity of being Artistic Director from Anzuclub during 6 years, beside producing events with artists such as Erick Morillo, David Guetta, Steve Angello and others. I am the production manager at Plusnetwork (sfx/lifestyle company ) and we produced two edition of Tomorrowland Brazil and also other projects like I Am Hardwell, Armin Only, ASOT#600 among others.

What are crowds and parties in Brazil like? How much do they differ from over in Europe or America, do you know?
The energy in the dancefloor is one of the best in the world. Brazilian people are very passionate and it reflects in the mood of the crowd. A country with so many problems, know how to set them aside in the party time. We can see a bigger devotion here them others centers. I think this is the biggest difference, at the same time a dancefloor in Europe is usually full of knowledge that create experiences most of the time more intense. 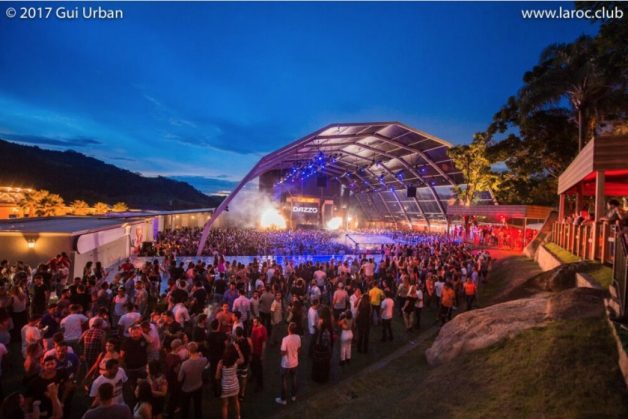 What are they key things to get right at any club? What did you work on first when you took over Laroc?
My professional life has been totally devoted to the entertainment market, what helps me having a 360º view. I’ve worked promotion, operation, administration, marketing, artistic and production. The main point is the Absolut care with the costumer, no stress, highest experience in maintaining desire Obviously that can only happen if all the afore mentioned elements are executed with excellence.

What have been some highlights from the first year? What really sticks in the mind as a great party?
Our opening party was with no doubts one of the highlights, because nobody expected a club like ours being opened in a country during economic crisis. Beside that night with Hardwell and Axwell during our carnival were also a big game changer, because it put us in the map for big international artists. The first night underground night with Lee Foss, the comeback of Erick Morillo with a 5 hour set, our first anniversary with Roger Sanchez and the first soldout and record breaker with the Brazilian phenomenon Vintage Culture.

Our Summer has already started with the right foot with Robin Schulz & Jonas Blue. 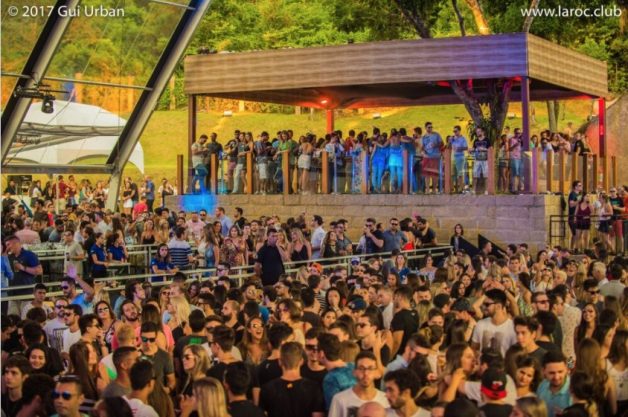 Who else is involved and what do they do? You must have a big team of staff – was it hard to put together?
We are 5 partners and each one act in different areas. Apart from that we have an operational manager with more than 20 years experience in the market who took care of clubs like sirena, pacha in Brazil for years. We have employees in the main areas like operation, financial and A&B, but most of our employees is third part hired. In total we have more 200 employees in the opening days.

Do you have any dream goals or bookings for the next year? Any thing you would really like to achieve?
One of my goals for sure is Eric Prydz, this guy needs to come to Brazil. Beside that we also have as philosophy bringing some legends that contribute to build the electronic scene around the world like Tiesto, Armin, Pete Tong, Sasha, Digweed among others. But some big names that I would like to have in the club this year are Steve Angello, Joris Voorn, Richie Hawtin and Loco Dice.

What is an average day in your life like? What sort of things do you do regularly?
Usually between 9 and 6I am in the office where I am production manager, but with one morning a week around 4 hours in Laroc’s office, that is in another city and a lot of e-mails, skype calls. Nowadays the dedication is more from a distance than in person but in the end I live and breath Laroc.

What big events do you have coming up next year?
In Laroc, after summer, we will have 12 more openings. Our two year anniversary will be a highlight for sure, because we will renew our stage design and launch the new light plot with more interaction with the public. This will be one of our characteristic change every two years. 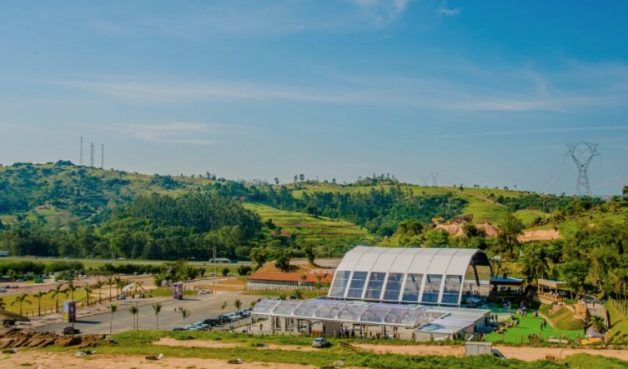