The Rhodhopes – a forested mountain in Southern Bulgaria, where its inhabitants conform to traditional Bulgarian life…a strange place for a festival right?  This June, a secluded area on the Rhodopes Mountains for the sixth year running, will become home to one of the most mysterious and atmospheric festivals in Eastern Europe, Meadows in the Mountains.

A world away from other festivals around the globe, Meadows in the Mountains aims to unite adventurers, explorers and freethinkers intimately amongst its beautiful mountain top scenery, with almost guaranteed sunshine and an ethos of community spirit. Meadows in the Mountains dissociates itself from others as it prides itself on exclusivity, what started off six years ago with around 50 attendees, this year will see it reach its peak with around 1,000 people booked on to attend!

As far as the festival line up goes, it’s a little bit of everything for everyone. Mainly under the radar acts, it keeps the music theme noticeably ‘underground’ yet totally superb! Headlining the festival is Albrecht Wassersleben, co-founder of Uncanny Valley. Albrecht spins a selection of genres from a bag filled to the brim with vinyl and operates on a ‘fuck genres, I play every style‘ policy.

Adjacent to Albrecht on the line up flyer for Meadows in the Mountains you’ll find London’s very own DJ Anna Wall. Anna has had her foot in the ‘music industry door’ for a period of time and you can often find her wooing crowds across Europe, from a filled to the brim Watergate, to more secluded events like the Secret Garden Party. The beginning of this year has been a hectic one for Anna with another booking for Snowbombing Festival  and the infamous paint party – Holi Jam being held at Studio 338. This year Anna has put her heart and soul into the launch of her new label venture The Bricks, which features in the next print version of DJ Mag. 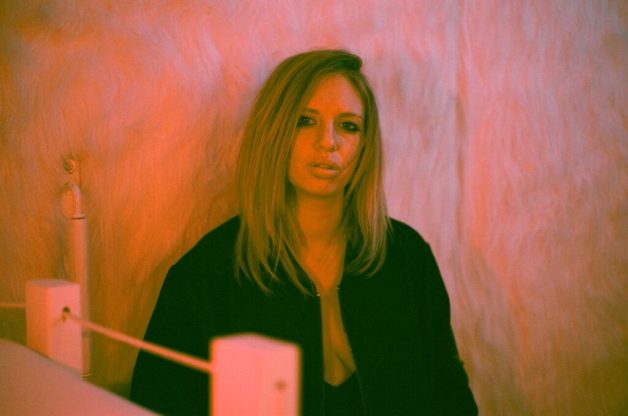 Aside from a whole host of DJs spinning tracks as the sun sets, you can catch live bands and music including Gipsydelica, a Balkan psychedelic ethno rock infusion and A House in the Trees, a London collective who’s sound pushes emotive and dark genre boundaries.

I’ve left one little thing until last, the one thing people often want answered at the beginning…. what about accommodation?  Well, camping is completely free and located within an hours walk to the festival’s site or there is this completely bonkers idea of renting a rustic Bulgarian house for a tiny fee, with its occupiers, waking you up to the smell of their home cooked Bulgarian breakfast, a cool alternative to immerse yourself in village life and culture. As for transportation, you can walk to the festival site each day, or you can catch a free ride on a horse and cart down to the bunting covered stages.

If your idea of fun is escaping your current city life and heading to the top of a mountain where your day is separated by only a sunrise and a sunset then this is the festival for you, expect glitter, henna, kaleidoscopes dream catchers and cow bells, a euphoric festival that you had no idea existed… see you on the party bus!

Aimee graduated from Southampton Solent University in 2014 after studying Media Culture and Production. Aimee has a strong passion for the music industry, and often delegates her time to not only writing about the industry, but searching for new sounds within the house and techno genres.