Moovin Festival is back with another boutique bass, funk, soul, reggae, house , jazz, and d&b gathering.

The event goes down at the eco-friendly Whitebotham farm in the stunning countryside in Compstall, with attendance limited to 3500. 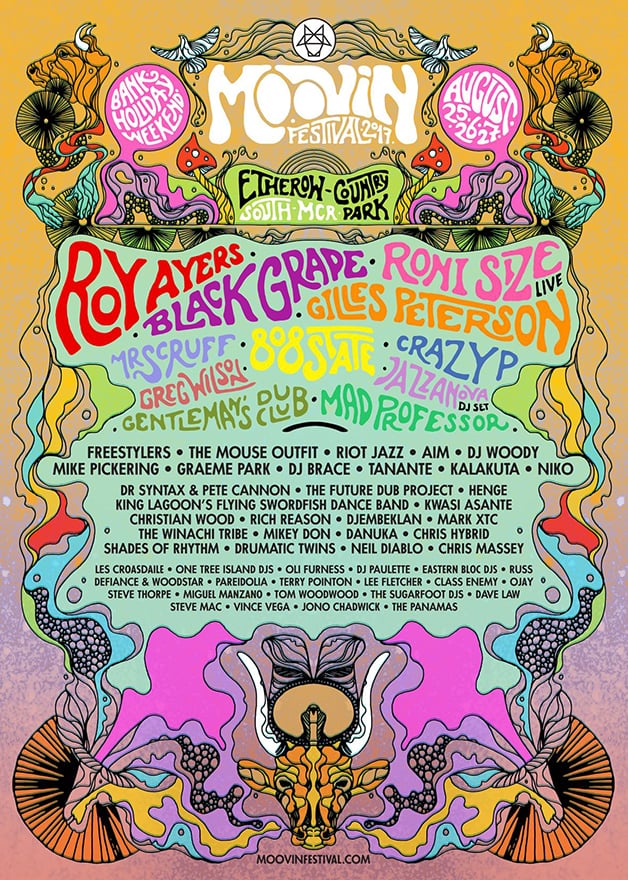