Last Saturday night Insomniac once again opened the doors to the new Factory 93 warehouse venue in downtown Los Angeles. Unlike the last few parties they have announced, including Nicole Moudaber and the upcoming Adam Beyer show, this party featured a lighter, melodic, and iconic sound. This party was not as much a techno party as it was a true warehouse rave hosted by none other than Eric Prydz. Now, due to the warehouse energy of the venue it would have been the easy route to play an entire set as his techno alias Cirez D— however, this was a Pryda party and the feelings of peace, love, unity, and respect which rave culture is built on were felt throughout the entire venue.

The thing is Pryda fans are just different. I know this because I am one. Last year in one month alone I went on a Pryda marathon and saw Prydz play ten times in California. I saw both epic shows in Los Angeles and San Francisco, both weekends I attended after parties each night, and I finished my bender at CRSSD fest in San Diego; which, is what inspired me to write my first article for Deep House Amsterdam. Basically, it if wasn’t for Prydz and the Pryda fans I met a little over a year ago I wouldn’t be where I am today as music blogger. 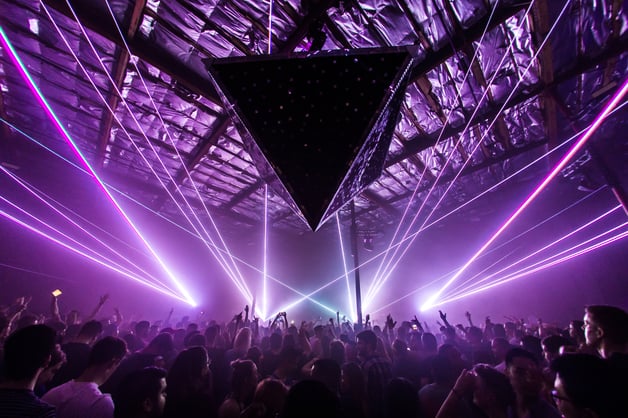 Now, just because Eric has such dedicated fans does not mean everyone loves every set he plays. In fact, most people I know keep very close track of everything he does— making track lists for other fans from around the world to post later, nitpicking every moment of the set, trolling Eric on twitter and making requests— the cool thing is Eric has fans who love and care about the music he makes. I heard a lot of mixed opinions on his Factory 93 sets, especially from friends who were lucky enough to see him play an amazing set in Miami a few weeks ago at Space during Miami Music Week; however, I thought his set Saturday was the perfect blend of Pryda and was exactly what I needed after over a year without a fix. He played many of my favorite tracks including ‘Niton’ 82 (better known as The Reason), a middle section filled with the darker hues from his Cirez D library like ‘The Glitch’, and finished off with more warm and fuzzy Pryda ending his set with the iconic ‘Wakanpi / Pjanoo’ mashup.

Insomniac’s Factory 93 was the perfect place to host this event. When I daydream of what it would have been like to attend a 90s rave I imagine a warehouse full of love and lights similar to the vibe set by Insomniac on Saturday night. The best thing about this venue is that the warehouse atmosphere allows it to be versatile to any artist. For a show like MOODzone, hosted by Nicole Moudaber, minimal lighting was perfect. For Prydz the Insomniac team had a bit more fun playing around and creating a heavenly atmosphere filled out with strobe lights and lasers perfectly suited for his more pop-y and melodic tracks. Most fans I encountered could recite all the times they had seen Eric just like I could. Other’s were there for the first time and the huge grins on their faces as they twirled beneath lights at a perfectly organized rave made be confident they would be coming back for more Pryda sooner rather than later. 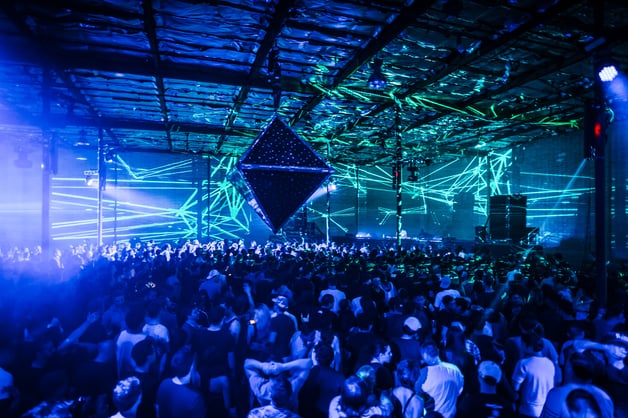 Next up Factory 93 will once again change it’s atmosphere to host Adam Beyer and his ever-popular Drumcode label. Tickets are still available for this show happening on May 20th so grab them before they sell out again. We can expect this night to be a little darker, a little more driving, and (of course) a beautiful sweaty sanctuary for dance. Insomniac is clearly making more and more of an effort to move past the levels of commercialization they have reached through their annual super party Electric Daisy Carnival in Las Vegas. This year Factory 93 will host three nights at the Neon Garden stage. Each night will feature a different underground label including Nicole Moudaber’s MOODzone, Adam Beyer’s Drumcode, and Jamie Jone’s Paradise. If the stage is anything like the warehouse in downtown LA it is a sure sign that Insomniac is heading back towards it roots curating a rave based on community as much as music.

Many of us, including myself, who are now true underground fans have moved away from EDC and other Insomniac curated events as they appeal to younger audiences more in tune with MainStage acts. The addition of Factory 93 at a massive experience like EDC will do a lot to pull fans with a more techno and house savvy palette back to the Las Vegas Motor Speedway this year. Tickets for Electric Daisy Carnival are also on sale at a discounted rate for a few more weeks so if you’re interested in checking out this festival of sound and light grab your tickets before the prices go up again.