Having Never visited Egypt before I was unsure what to expect from Sandbox Festival, which is put on by Ciro based promoters Nacelle.

Sandbox has been running for 5 years in El Gouna, a town / resort built in the desert by the Red Sea in 1989. Taking the shuttle bus from the hotel into the desert we arrived at the festival site camped on the beach side. The main stage was built into a sand bank, with led panels flanking the DJ booth and lasers pummelling the sky. Tucked a short distance behind was a smaller second stage with a dimly lit DJ booth and a tighter dance floor with banks either side. Sound quality on each was perfectly delivered with no cross over from either stage. All of which set the scene for what was a festival that far exceeded expectation and dispelled any misconceptions about what the Egyptian electronic music scene had to offer.

Night one saw Âme performing live, followed by Ruede Hagelstein deep tech house with Butch closing out the main stage and taking the tempo upwards followed by the crowds excitement levels. The crowd age ranged seemingly stretched with both young and more seasoned partiers, but all were familiar with the tunes and at times it felt very much like a European festival with about 5000 in attendances, this was until we questioned whether this was the edge of the Sahara Desert (it was) or some other Desert and the incredible settings took us back to Egypt.

The second night we headed for the second stage with an assortment of both Egyptian and International artists fitting the bill. Jen Ferrer impressed, along with Egyptian DJ, as well as the head of the only all female DJ collective in Egypt Zeina. Canadian DJ Dane played an eclectic house set before The Mole took to the Stage jacking things up a few notches and making the crowd jump. Closing out the stage was Mike Servito who delivered a perfect set, playing an array of different styles of house and taking the crowd on a trip and they were loving every minute. As he played his last tune there were cries for one more and after a pause he delivered, sending people into the darkness cheering his name as they made there way to see Heidi close the main stage with a typical Jack-a-thon set. Asking the Egyptians what they made of it all it was clear that this was a closely linked crew of party goers, largely from Ciro, who all seemed to have some familiarity with each other from previous events which made for an incredibly friendly atmosphere. 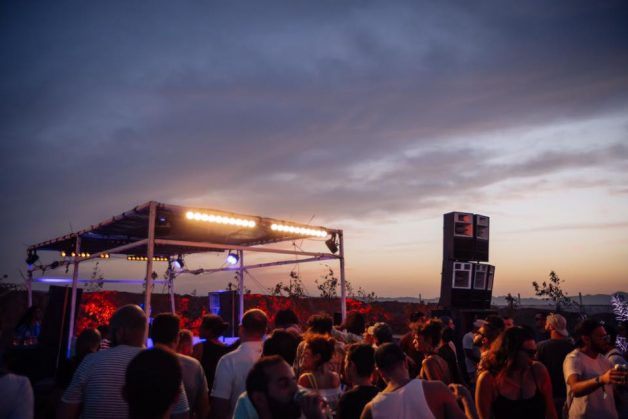 On the final evening of the festival it had been stripped back to just the main stage, bleary eyed ravers congregated on mass for one last blow out. Satori & Band performed live and the music was very much in keeping with the deep, mournful tech rollers from day one but pitched to an even more emotive level. Following on Mira & Chris Schwarzwalder took the sound even deeper before NU took over and closed out the festival leaving the audience craving more.

Overall Sandbox far outstripped what we expected to find deep in the Egyptian desert. With an educated crowd and line up rivalling the best of what Europe’s smaller festivals have to offer, this is definitely worth considering when making your festival plans for 2018!