Once one of London’s new breed of electronic music figures, Alexis Raphael has since carved out a distinct name and sound for himself.

By way of releases on the likes of Relief, Of Unsound Mind, Snatch Recordings, and YouAreWe, Alexis continues going from strength to strength, coming a long ay from his pirate radio days of the late 90s/early 00s.

This summer, with a sew of dates everywhere from Amsterdam to London to Ibiza, Alexis is also set to take on the main stage at London’s Eastern Electrics. On 5 August, he will be handling Main Stage duties alongside the likes of Carl Cox, Ame, Darius Syrossian, Nick Curly, and Waze & Odyssey. Anticipating this weekend’s event, Alexis has put together a list of 10 of his most influential tracks. It’s a diverse list, to say the least, but we’ll let Alexis describe it in his own words:

“Thanks for asking me to compose this list of 10 influential tracks. I’ve tried to pick a track from each of the different eras of music which have influenced my current taste. I’ve not tried to be too smart and obscure, but honest about big records that had a huge impact at the time and I still love. Enjoy.” 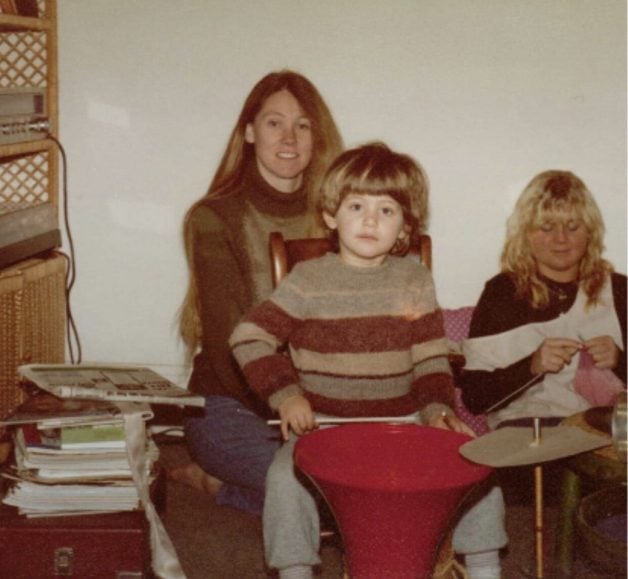 Todd Terry 1987 or 88 i think. I got introduced to this era of pioneering house music by a friend who gave me a crate of this stuff back in the mid 90s when he gave up DJing. That crate, which included this record, had a massive influence of me musically. The hip hop breaks and unique melodies make this a definitive classic.

21 minute masterpiece of electronic music and drum and bass. This whole album by Goldie was so ahead of it’s time it was outstanding and still sounds fresh today. Unbelievable drum programming and musical progression through 3 parts. Mesmerising .

People remember UK Garage in its recent re-emergence, but it wasn’t initially, it was Uk house and garage and it had a massive influence over me before it went 2-step and MC led.. I was there pretty much from the beginning buying the vinyl and this bumpy dark roller with the killer drop is one of the finest. It’s not just me it’s had an impact on as i heard it at Circo Loco once too.

My parents came home one day to find that i had used some pieces of furniture to make a pretend drum kit and i was drumming along to this record that id put on myself, aged 6! I still love it!

This one might seem obvious but I just can’t leave it off the list. Some of the first synths being used like the EMS VCS3, ARP Solina and Minimoog. Experimental yet accessibly to all. Something very hard to do. They nailed it. Aspirational.

As a teenager growing up in London, jungle was forming the blueprint for what was to be Drum and Bass. This was one of the first jungle records i bought and a very underplayed soulful roller from one of the best DJs of the time. You can hear references to this era in my track names and my music all over the place.

When this record dropped I had been yearning for more melodies and uplifiting music after years of minimal and stripped back house and techno, melodies were back and pianos. I booked robert James for my party in London, Creche, and the rest, as they say, is history.

8. Satin Storm – Let’s Get Together

I couldn’t do this list without putting a track from the hardcore days in there as this was really the first electronic music i got into as it was coming out (the 87-90 house music i was hearing a few years later). There’s loads of obvious big tracks out there but this is the real shizzle for the heads. Bad boy hardcore not quantized and a mess but it works in it’s own quirky weird way.

The minimal era was the beginning of the international music movement to me. It’s when a whole world outside of London, Detroit and everything else opened up to me. Here’s one of the best by the King of that time.

Well I must have heard this 100,000 times playing the game as a kid. They say the theme tune made the game as addictive as it was. Who knows? But genius melody writing on such simple 8 bit computer. Inspiring in a different way