A well-known figure in the Berlin’s house scene, Cinthie is the creative mind behind the Beste Modus and Unison Wax record labels.

As such, Cinthie is a true leader of the underground house scene who also runs a studio complex in Berlin, and so is very much at the heart of the house conversation. On 16 September, Cinthie joins Adana Twins and Matthias Meyer in London celebrating 15 years of Watergate ahead of her Watergate Records Kerri Chandler remix – ‘Checkmate’ – on 25th of the month.

Here, Cinthie explains the 5 (vinyl) records that will DEFINITELY be on her bag when taking to the Corsica Studios decks.

I’m a big big fan of John Swing. Every track in on point. I love this tune for its rawness and it’s an absolute killer on the dancefloor.

I don’t think Makam needs a big introduction. I’m absolutely in love with his productions and bought the album when it came out and this has been my favourite tune from it. When I moved my studio, I was going through all my records and thought this needs to be played again. Banger.

Sebastian Gummersbach is an up and coming producer from cologne I really like. I got in touch with him as I played at a party for one of his friends and they sent me the test press of his label. Raw soul which I played in all of my sets for a while. Inhale Exhale is the label of his friends and I love the Headz up high track. I recommend to watch this guy as there is more to come. Also the area around Cologne / Düsseldorf is on fire at the moment regarding up and coming house and disco producers.

4. Kindimmer – iso (only available on bandcamp)

Kindimmer is also one of my favorite producers. He recently released an EP just over bandcamp and has send me the promo. I love the track ‘Iso’. Super raw and dirty… just how I like it! I usually play vinyl only but since I get so much new music sent online I started to get myself some dubplates cut. It’s so much more convenient for me. I hate making a funny face while scrolling through the USB library. I will be probably bankrupt one day, but it’s worth it 😀

OK… this is a very special one. Mike has send me his remis of Kerri Chandler’s back to raw about 2 years ago. I’m a big big fan of Mike’s productions using only analog gear and no computer at all. He has this special groove in all of his tunes and I love that you can play his stuff in a House or a Techno set. This track I’ve also got on a dubplate. I had it cut super last minute, picked it up 30mins before my Boiler Room as I wanted to go vinyl only. Anyway, to cut a long story short, you will probably only hear this remix in my sets as it’s not getting released! So here is the original and if you want to check out that remix… just visit me when I’m playing somewhere near you 😉 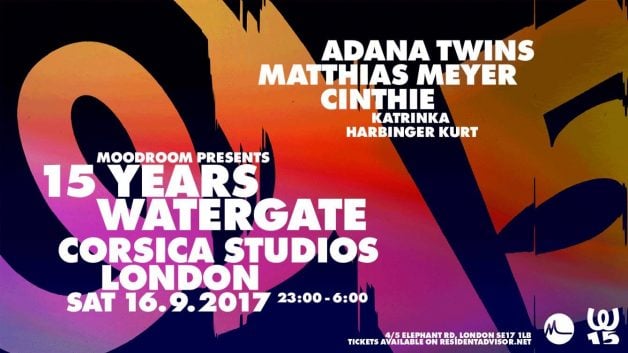