Nesta is Lebanon based artist Nabih Esta, who has been producing and DJing for some 10 years now, collaborating with various artists on this, his own label, in the past.

Formerly a resident of The Garten, a club he co-founded, his experimental frequencies and fine engineering skills are set to make a big impact this year, starting with two brand new tracks from his first full length artist album.

With the tracks available this week, Nesta has provided a diverse playlist featuring some of the best cuts from Beirut and Lebanon. Here, everything from Ambient to Deep House to Alternative Rock is covered.

Jad Atoui is a Lebanese music composer and electronic sounds experimentalist. He used his bio-metric instrument based on plants electrical activity and their cellular response to stimuli to create this piece called Bionics. Biosonics was released on Fantome de Nuit’s sister label Beroe, a Beirut based label dedicated to releasing experimental music and ambient sounds. Have a listen to this jam.

Three Machines – If Only I Could [Fantôme de Nuit]

Three Machines are a duo composed of Tarek Majdalani & Sleiman Damien. Classy, Endless & Timeless. that’s what I can say about this tune. One of these records that will never fade away.

I have released this track on Sheik ’N Beik’s sister label, based in NYC, Eye Spy. It is going to be included as well in my double CD album “Eclectic Electric” to be released in April 2018 on my label Fantôme de Nuit. Brushes, Bass, Contra-bass, Guitar and Piano licks. My dear friend Alko B (Salim Naffah) added extra recordings on his guitar while we were jamming in my studio and the outcome was very funky and sexy. Proud of this one 🙂

MAYHM is behind Feedasoul records, a collective of artists from Beirut who is releasing very nice house music. Swingy & dusty deep house music, square baselines and melancholic chords and jazzy keys. what can you ask for more?

Drum programming and sound design at its best. Rolbac is one of the youngest and most talented Lebanese producers at the moment. Keep an eye on this dude.

909 drums, Square basslines & spooky Jazzy chords, Eli Atala is one of the Lebanese artists who are making noise at the moment. His first EP has been released on my label and what a way to kick-start.
Definitely an artist to keep an eye on!

Bring back house music. Old school house from two of Beirut’s pioneer artists. Sexy chords and drum programming, this tune was released on John Digweed’s Bedrock and made a lot of people happy on the dancefloor.

One of Beirut’s finest exports and one of my favorite local bands at the moment, WKBL is an alternative Lebanese Rock band with two albums under their belt and a third one coming soon. Mastercraft is one of my favorite funkytunes from their Distant Rendez-Vous Album.

I discovered these fellas by mistake, on the internet. Went to see them live they were playing for 5 people at a Local bar and I was directly hooked to their presence and signature sound. Gizzmo are Beirut’s youngest and the most dedicated talents at the moment. 20 years old and these Gizzmos are Rocking it with analog machines and a complex setup. They have released their first EP on my label Fantome de Nuit with much more to come.

Etyen is one of the most talented Lebanese producers at the moment. He is a Red Bull Music Academy Alumnus. Weaving together sounds from a plethora of sources while carving out his own characteristic elements, Etyen creates a unique sound universe that is at once global and rooted in his local scene. Glitchy with haunting vocals from Beirut’s own Tala, this track speaks for itsel and the video is pretty cool as well. 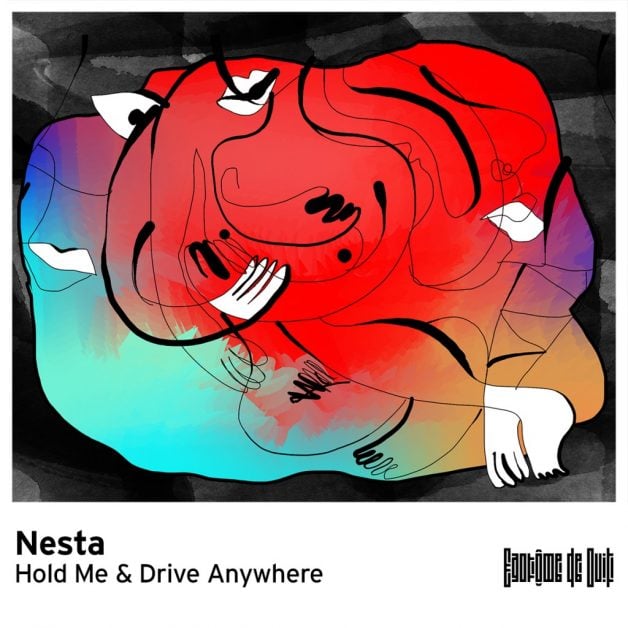