Since then, his productions have shifted their sound to display a wide range of influences, beginning with his first album, the incredibly vibrant and deep “Music Of Branches”. After that, subsequent releases came by way of French imprint Roche Musique, Food Music and Blu Mar Ten. Now, Nuage expands on emotionally charged, elevating music with his latest LP “Wild”.

Perhaps his most complete work to date, “Wild” is a thought-out plan from beginning to finish. Influenced foremost by the sun, sea and tropics, the music evolves from warm and uplifting towards colder and more mysterious realms. In his own words, Nuage describes the album, as well as his influencers playlist:

“From the beginning to the end my new album WILD follows the way from warm tropical and quite understandable moods to colder and deeper vibes. Musically and emotionally, it balances on the verge of accessibility and evidence of sound and quite personal space. Im into the contrasts in my music, its about contrasting genres too. You can hear hints of jungle and minimalistic low key textures, techno elements and synth arps, lo-fi and natural noises and organic samples.”

I selected some tracks to help to explain the influences of the album creating.

Absolutely classic from Todd Terje – Snooze 4 Love, but its an ambient edit. This way synth arpeggios sound even smoother, deeper, the composition captivates, but the absence of an obvious groove doesn’t make the track melancholic, I d like to look at the sea and sun listening to this track.

A recent discover of mine – track in particular surprises with forward thinking texture and originality, as well as many tracks of Chrome Sparks, i guess. Enter the chrome Forest is constantly evolving, changing, breathing while listening. In the album, I also experimented a lot with the composition and layers, it’s exciting thing to hear something completely new during the play through.

One of last year faves, an incredibly technical and thoughtful sound. Recondite definitely has his own sounding, smooth slightly ‘sick’ synths, sharp and really accurate percussions, a lot of space in the tracks, asceticism, this is really how I hear techno today.

Sau Poler music is quite close in mood to some of my sounds and I couldn’t pay attention to the sound of this producer, the track sounds both natural and chill and
still really uplifting. Perfect for both club and home listening. I trying to follow such a scheme in my music.

If we talk about the jungle influences, (which of course I couldn’t get around in the new album), its definitely Photek. This track is from 1996, but as we can hear today from different new records, everything turns back to the jungle again.

The track attracted me with an and minimal structure, vocal insets and, of course, a rainy atmosphere, several tracks in the album WILD also have a similar structure.

I love all these trancey sounds, so I call it. I really like arpeggios, underwater synth sounds, high pass filters, a hint of analog. Well, Marabouda has it all, and what an intelligent groove is here! I can’t stop to listen to it, there is a great level of music understanding and space usage.

This track from Berlin – based producer Rain Dog came out on 15-year Project Mooncircle Anniversary compilation at the beginning of the year. Kinematic and very detailed sound: slow, liquid and catching. I especially like those sharp robotic vocal hints here, its contrasting with the main synthline, so, getting this smooth composition stronger, powerful.

Bop manipulates the deep techno, IDM textures and synths to make a signature
microfunk sound at 170 bpm. I would say that Blurred Memories was one of a reference
for our collaboration on the album.

It simply should be said that the music of these three bands/artists strongly influenced to my sound.

“Wild” is available 5 May on Project: Mooncircle 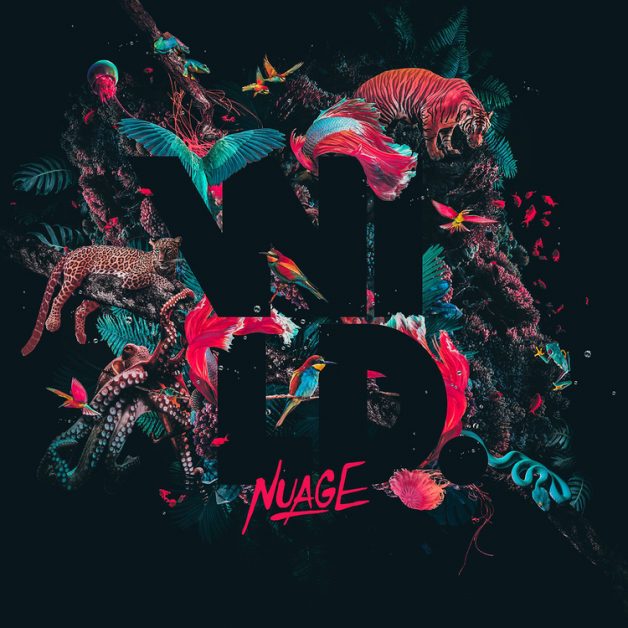