From the team that brought last year’s Mint Festival TopplyRun, comes Cocoon in the Park headliner Richy Ahmed as he travels through Leeds with a DJ booth equipped Land Rover pumping fresh beats.

On 2 May the merry group of musical lovers will kick things of in Headingley at 2pm and continue throughput the day at various locations around the city’s Northern area, including its parks, educational institutions and cult food, art and music spaces before wrapping up at Mint Cub somewhere between 6-8pm. 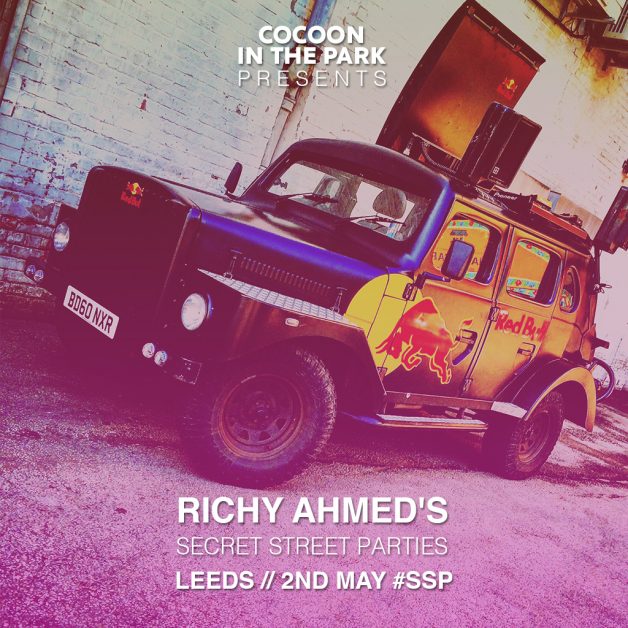 Richy Ahmed Cocoon in the Park