Sellers of so-called legal highs, including NO2, and other psychoactive drugs could face up to seven years in prison under a tough new set of UK laws.

Titled Under the Psychoactive Substances Bill, police will also be given sweeping new powers in shutting down websites that sell the substances, including the UK’s second most widely used recreational drug (after cannabis), Nitrous Oxide. The new legislation will aim to shut down 250 legal high ‘head shops’ in the UK, and the sale of NOS balloons falls under the blanket ban.

Home Office policing minister Mike Penning says about the initiative,“The landmark Bill will fundamentally change the way we tackle new psychoactive substances – and put an end to the game of cat and mouse in which new drugs appear on the market more quickly than Government can identify and ban them”.

“It will make no difference. People will just go back to cocaine and heroin. It is an extraordinarily simplistic and retrograde step. It won’t reduce harms, it may well increase harms,“Professor David Nutt, the government’s former drug advisor, says of the legislation, continuing to describe it as “utterly pointless”.

The use of laughing gas as a recreational drug has increased rapidly lately, with more than 400,000 (7.6% of young people in the UK) 16 – 24-year-olds reporting taking it in the past year. The Advisory Council on the Misuse of Drugs (ACMD) noted that there were five deaths in Britain in 2010 and one in 2011 related to its use. “These have been due to asphyxiation resulting from hypoxia (lack of oxygen). A number of the deaths involved the use of nitrous oxide in an enclosed space,” ACMD chairman, Professor Les Iversen, told the home secretary.

Ministers say that the blanket ban on legal highs will not affect the legitimate uses of nitrous oxide, which are widespread and include use as an anaesthetic, and as a propellant in whipped cream aerosols.

Festivals like Bestival, Glastonbury and We Are FSTVL have already banned legal highs last year after a specific government request. 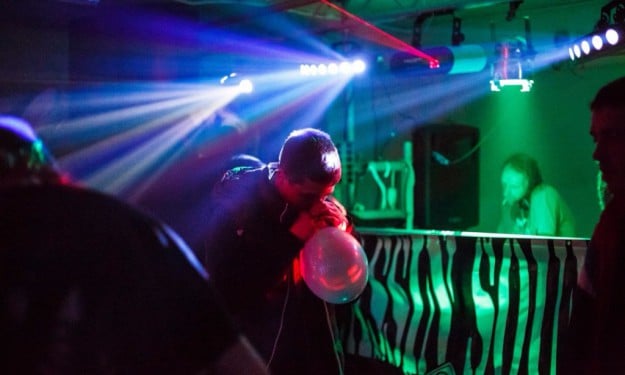