Travelling across three countries, the globetrotting Madorasindahouse & Mashariki Music will bring Floyd Lavine and a slew of East Africa’s finest ambassadors of electronic music to Kenya, Uganda, and Rwanda from 31 May – 2 June.

Kicking off at Nairobi’s The Mirage Towers [Waiyaki Way] (31 May), before heading to Kigali’s Mamba Club (1 June) and wrapping up at Kampala’s Cayenne (2 June): Floyd Lavine; the (frequently featured on DHA) South African and favourite on the likes of Innervisions, RISE, Moon Harbour, and Watergate will be joined by several of the continent’s musical gems. Amongst these acts are Nairobi’s SURAJ, who has emerged as a dynamic, trailblazing musical figure in East Africa, as well as Foozak who will handle supporting duties throughout the tour. In Kampala, active for some twenty years, will be the Femme Electronic founder, the multi-format DJ Rachael who will be joined by the Madorasindahouse resident DJ Le Croque. Finally, Rwandan party starter Deejay Africano will join Floyd as the tour wraps up in Kigali’s beautiful live venue, Mamba Club.

Not only traversing East Africa with its finest sounds, the Mashariki Music tour will also raise awareness and funds toward the conservation of the Ugandan Mountain Gorilla alongside the Uganda Tourism Authority. With an estimated 880 left in the wild, the critically endangered species calls South Western Uganda’s Bwindi Impenetrable Forest home, where a select team will trek through, donating funds from the trek to Mountain Gorilla conservation, and further highlighting the cause with the tour’s after video.

Stay tuned for all the ticket information: 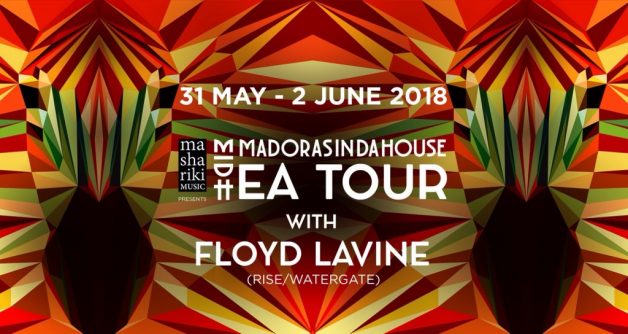