For three years Minimal Effort shifted the paradigm of the modern rave for the North American underground.

Now, with a full-scale festival laid before it, the Los Angeles based collective brings forth its most impressive lineup to date for its annual October 29 Halloween event. This year’s event sees the likes of Pete Tong, Dosem, Edu Imbernon, Jonas Rathsman, Totally Enormous Extinct Dinosaur, Kidnap Kid, and Mark Farina, alongside the standout pairing of Tiga’s Live LA Debut and Satori: Live, with Steve Bug, Tensnake, Thugfucker, Waze & Odyssey, Coyu and Human Resources bringing the underground flavor (more artists to be announced, of course).

Minimal Effort has spent their existence solidifying themselves as leaders of the Los Angeles underground; flag bearers of more meaningful shades of electronic music, everywhere from dark warehouses to historic venues. This Halloween, come and be treated to the spectacle at LA Center Studios, against iconic Los Angeles skyline. 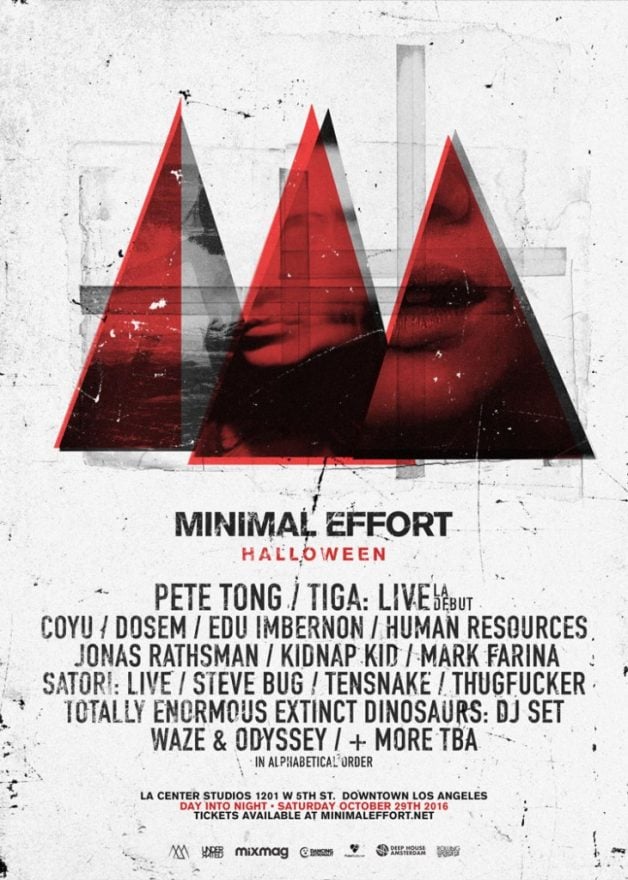