Taking place, as always, in the intimate confines of Amsterdam’s Sugarfactory, driven by the venue’s thumping sound and atmosphere. On the night, Roger Sanchez, Todd Terry, and A Guy Called Gerald each take to the decks, bringing their own unique approaches to house music with them. Roger Sanchez has been a majorly resurgent force in the scene in recent years, launching a second label, Undr The Radar, to provide more underground sounds alongside the well-established Stealth Records, while few producers have a body of work so prolific and influential as Todd Terry, whose seminal work begin in the acid house heyday of the late ‘80s. Finally, the resolutely underground sounds of A Guy Called Gerald create the perfect compliment to the two American matsers. 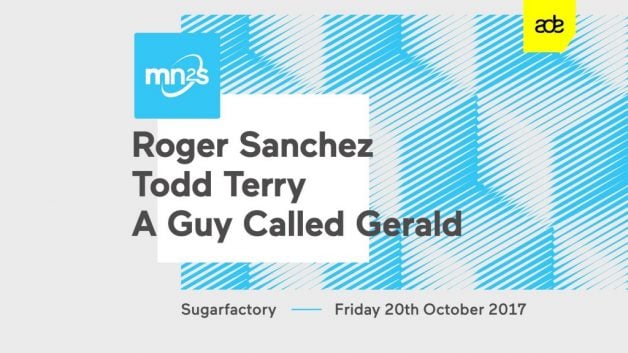