“I’ve sold half the company”, is what factory employees of leading synthesizer brand Moog were told by CEO Michael Adams last week. For a staff known to be one of the most loyal across industries, this came as quite a shock. A sigh of relief followed when Adams continued “I sold it to you”, thereby officially announcing Moog Music, which was founded in 1953 by Robert Moog, to become an employee-owned business.

Company staff will immediately own 49% of Moog Music, Adams explained, while the other 51% will be granted to Moog employees in the following six years. The New York Times explains the construction of Moog’s step towards employee-ownership:

“He [Michael Adams] has set up a trust with no upfront costs to the employees, essentially lending the company the money to buy out his remaining 51 percent over about six years using pretax dollars, one advantage for Mr. Adams. (During his remaining time at Moog, Mr. Adams plans to devise a succession strategy.) Upon their retirement, individuals can cash out the shares they accumulated over the course of their employment.” 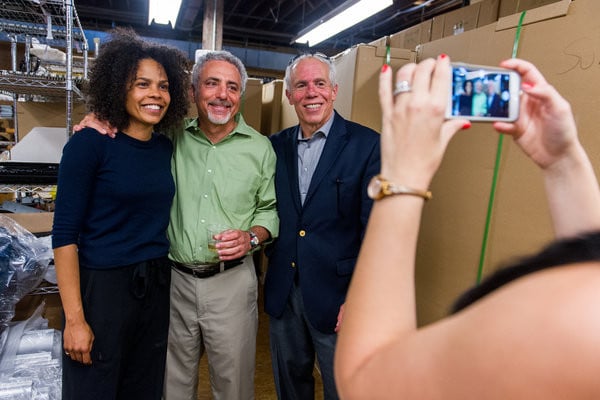 This is essentially great news for the workers of the company, who are known to be extraordinarily loyal – many of them are their for life, staying long after the demise of Moog’s founder. Many of the employees have had to wait for overdue wages when the company was in tough financial times. Now, with the employee-ownership decision, which is essentially a solid retirement plan, the people at Moog get a financial reward that matches their personal investment in the synthesizer firm:

“As a result of the plan, the company estimates that — should it continue to grow — a production employee who starts making $12 an hour could, with a decade of experience at Moog, receive a payout of about $100,000 at retirement age”