A marathon affair taking place across four days, two stages, campsites, and alongside a handful of peripheral acts, Neopop brought many of world’s top DJs and underground favorites to a space whose origins date back to the 15th Century. Over its three festival days, opening concert, and added bonus Red Bull Music events, Neopop welcomed everyone from Main Stage staples Solomun, Nina Kraviz, Ben Klock, Joseph Capriati, and Marco Carola, to underground stars and veteran selectors like Solar, Mozhgan, Vrilski, and Aleksi Perälä, as well as many of Portugal’s finest including Lux Fragil‘s Rui Vargas, festival programmer Gusta-vo, national staple Tiago, alongside more internationally recognized acts like Innervisions favorites, Switchdance and Trikk (who may have just had the set of the festival, albeit coming via very early Thursday timeslot)

Neopop is a Techno festival first, foremost, and in the purest sense. In fact, it has solidified such a reputation within the area, even able to brand its sleepy, coastal host town about 40 minutes north of Porto as the “Capital of Techno”. Running since 2006 (then, Antipop before its 2009 evolution into Neopop), and wholly embraced in the area, from restaurant proprietors and local vendors, to its citizenry and hospitality industry, Neopop is something of a hidden jewel amongst the extensive summer European festival circuit (perhaps the result of being a local festival organized by local promoters, as opposed to an invasion of large market brands onto the exotic locale approach. A staple practice employed by many a British or Dutch event series). It’s 35,000 or so attendees across 50 countries are treated to an eco friendly festival (with initiatives like 10 for 1 water exchange & reusable cups) where throbbing sounds emanate from the massive, traditional act hosting  “Neo” stage, as well as the more industrial, intimate “Anti” stage, each more than equipped with bone-rattling sound and crystal clear visual production.

From the beginning, you could feel the scope of the festival with an abridged Wednesday opening concert still seeing thousands in attendance. Though sunny and summerish throughout the rest of the time, Wednesday was a rain-soaked affair with unseasonably cool temperatures. Regardless, the day’s main act, St Germain, alongside a full live band, provided the relief from the elements with a globally inspired performance. Of course, ‘I Want You To Get Together’ was a highlight but so were the jazzy, afro-inspired sounds from the most recent, self-titled album, providing the talented musicians on stage a true showcase setting for live instrumentation and the audience a gradual easing into the weekend. 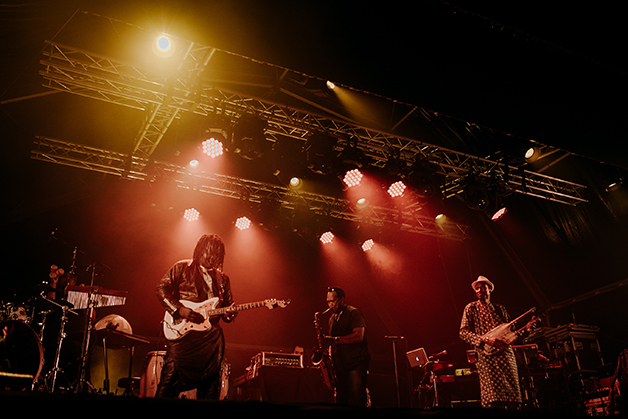 From there, it was full on, no holds barred outdoor raving. Whether it was the sounds of Nastia or Ben Klock handling things post 5 am on Neo or Japan’s DJ Nobu closing down Anti with surgical precision, Thursday was the highlight festival day featuring the most diverse array of sounds and the events most daring acts. With top sets coming from Tijana T (dropping everything from Mariel It to Perel to Autechre),  Solar b2b Intergalactic Gary (who really got things going with Khidja – Indecis (Red Axes Remix) with Credit 00 – Hammers Jack Voices Wail another highlight), Finish master of the microtonal Aleksi Perälä, Bay Area selector Mozhgan, afro-futurist live act Dopplereffekt (who played to a criminally sparse audience relatively early in the evening), and each took their own versions of cosmically influenced Techno everywhere from the Dutch West Coast to Detroit and beyond, making Neopop’s Thursday one for the more discerning attendee. 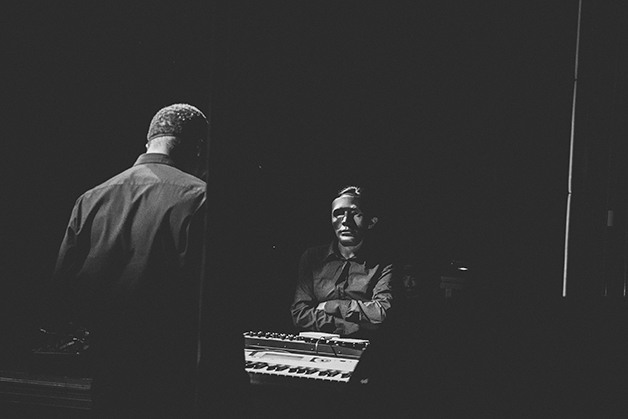 Friday and Saturday went full on with the 4×4 vibes via both stages with an absolutely pummeling hybrid set from Rebekah b2b Paula Temple, before a purist 3-hour affair from Jeff Mills, and a closing set from the typically untypical  Ricardo Villalobos handling Neo. On Anti, Israel’s Anna Haleta provided the night’s highlight, weaving through highlight tracks like Atom Heart – Grid of Time, A.W.E.S.O.M.-O – Excellence of Execution, and Oliver Ho – Burning Heretics , while San Francisco’s Carlos Souffrant, and French Live Act Vrilski also took control. Saturday, the festival’s longest day, saw a closing set from the marathon master himself, Marco Carola, as well as a reliably innovative live performance from KiNK and more classic US rave influence from Ovum’s Josh Wink.

Off the main festival site, Red Bull Music brought two special concerts events into Viana’s cozy, traditional theatre space. The first came in the form of a multi-sensory barrage with Clark performing around his “Death Peak” LP, live dancers, seizure-inducing strobes, and psyche-shattering frequencies in tow (opening act, Portugal’s GPU Panic, deserves a very special mention here as well. Shifting between a grand piano and machine fed synths, GPU Panic provided an unexpectedly passionate performance that truly felt as though artist and machine were one – check out his “Sand Haze” EP for a proper introduction), while the second (and polar opposite in terms of sound) saw James Holden bring his more spiritually influences live act, The Animal Spirits ensemble to the stage. 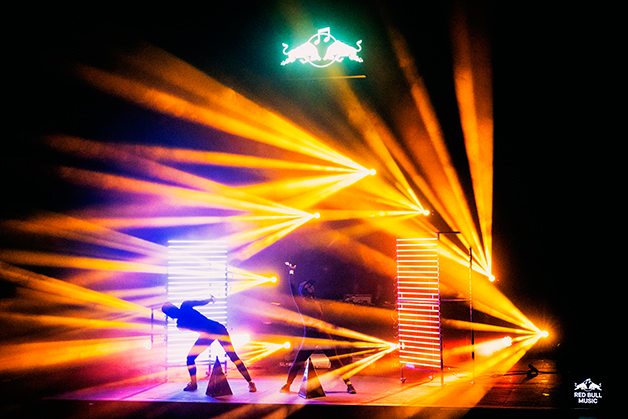 The Neopop experience is one of purity without pretention. There are no more-underground-than-you music connaisseurs amongst its crowds; there are no flashy brands promoted outside of the usual suspects (Red Bull, primary alcohol sponsor – in this case, Jameson). Rather, it is a well oiled (Techno) machine that offers just the right amount of choice between artist, style, vibe, and atmosphere. It is a festival for the faithful and a bonafide feat of endurance for those inspired to accept the challenge.