As the week goes on, Pacha Barcelona brings some of its core Off Week brands, especially on Friday, 15 June as Matthias Tanzmann‘s Moon Harbour Showcase returns to its usual Off Week position bringing Steve Lawler, wAFF, Cuartero, Mathias Kaden, Timo Maas, Re.You, Ninetoes, Luna City Express, Sabb, Sven Tasnadi, Manu González and Zohki. Finally, closing out the multi day madness will be the one and only Sven Väth, who brings Cocoon back to Pacha Barcelona with a two room showcase, with Dana Ruh and Sven handling main room duties, and Einzelkind, Fabe and Bodin & Jacob in charge of the closing soundtrack in The Black Room.

And speaking of The Black Room, Pacha Barcelona’s will host Fiesta & Bullshit (13 June) magazine and Ben Hoo, Horacio Cruz, Juanito and Rhoowax. Barcelona imprint Yakazi (14 June), owned by HITCH and Andre Buljat, where both will be joined by Fur Coat, Shall Ocin and Raxon. Finally, the Ibiza Global Radio showcase goes down Saturday with Anna Tur, Christian Burkhardt, Jordi Villalta and Marian Ariss. 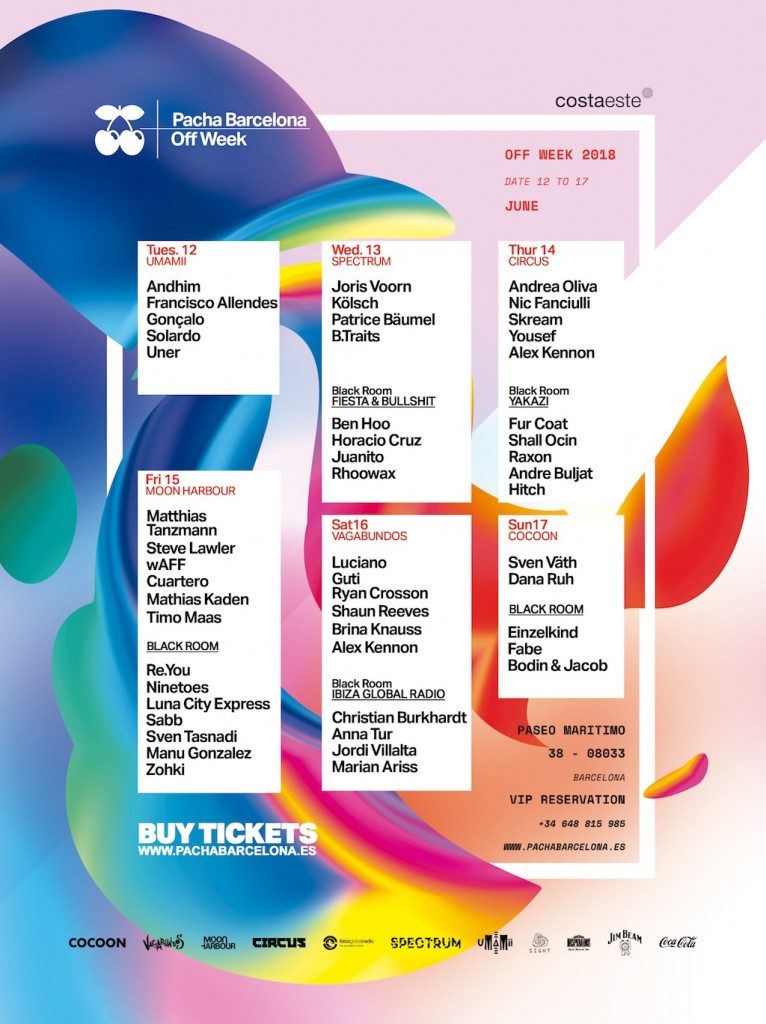