One of the best perks of electronic music events (or I would even say, of most cultural gatherings) in Switzerland is that a spectator is sometimes gifted the impossible possibility to experience an intimate encounter with some of the world’s biggest names. These events often entice thousands of ravers from around the world, fitting them into relatively small spaces, where the intimacy of the party does not compromise the energy generated by big crowd.

Electron, festival of electronic cultures, decided this year to connect three emblematic clubs situated in the same neighborhood of Geneva, each offering a different clubbing experience and presenting music from a variety of international and local artists. Acts were spread across two weekends in April, so if you overslept one party, there was always a second chance to dance away.

The first weekend of the festival kicked off with Super Flu, Mark Broom and Marshall Jefferson. A wonderfully unclassifiable, experimental set by Floating Points opened Saturday night, with the enchanting Nina Kraviz following with an uncompromised set of her own. A complimentary disco bus gave lifts to persevering clubbers, to those brave enough to hunt the better party between the three locations and try to cram James Ruskin and Joy Orbison into the night’s already tight schedule.

On the second weekend of the festival, RØDHÅD stole the Friday soiree. TIN CAN worked the room with its signature melancholic acid but it was the Viking that really got the crowd going with his charging, functional techno and he didn’t let go until the very end. Icelandic DJ Bjarki, a fresh mind and a member of Nina Kraviz’s label трип, then took over but his heavy artillery rave didn’t really seem to tap into the vibe and it was time to head home. 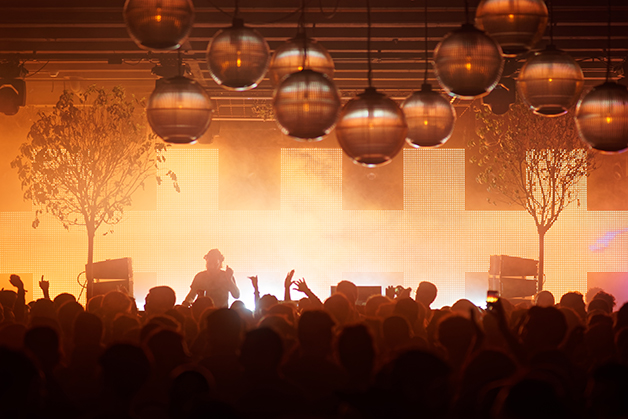 The last day of the festival was dedicated to house music and there was an upbeat line up in audio, a brand-new temple for electronic music in Geneva. The night eased people in with the local Genevois club resident La Foret‘s melodic deep house which set the mood for the warm funk and disco-tinged beats that followed. Jeremy Underground played almost three hours of a smooth groove house set, maintaining the laidback momentum and jacking sections of his record collection. Detroit Swindle presented their second full-length “High Life” and by this point the vibes of the night felt distinctly positive: the crowd was connected, people were bouncing and mingling and the energy was continuously high until Joris Voorn took over the decks a little bit after 5am and I left the party saying goodnight to Electron for another year.

I didn’t think that Electron offered anything particularly out of the ordinary: there were no captivating visuals, decorations or live shows and the events didn’t take place at any unexpected rave venues. There were no mind-blowing after parties, aside from the usual hot spots where the nocturnal Genevois go to quench their rave desires. And yet, the unpretentious atmosphere, the very honest simplicity of the festival was raw and enchanting all by itself. Will I come back again next year? Yes, for an intimate encounter that I can’t easily find in other cities, where the atmosphere feels almost like a massive house party.

Electron should be celebrated for its invincible spirit, for standing strong in the face of huge competition from nearby European Festivals and for taking on the responsibility to enrich and educate Geneva’s night life, encouraging ravers to remain curious. 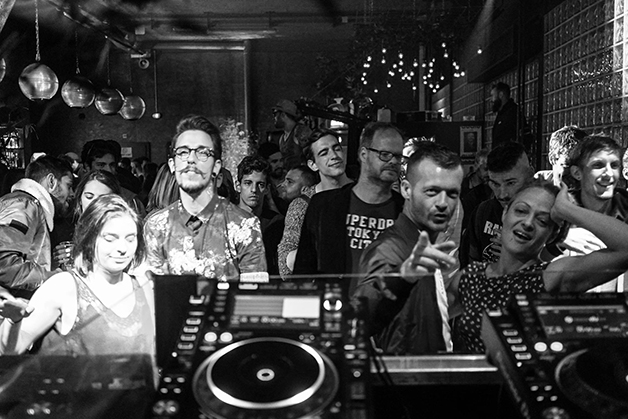