If you already miss the sun beating on your sun-screened shoulders, an icy cocktail in the hand and dancing till the sun comes up and down, then it may be the time to plan your next summer holiday adventure.

On the offer – Sonus – a summer rave hosted on the divine Zcre Beach, on Pag Island, in Croatia August 20th, mustering the absolute biggest of the techno and house scene, so that even defining the headliner becomes almost impossible.

The fact that the festival crew is doing things right is evident in the returning acts. Few of them to mention – after a subliminal festival closing last year, is the main man of Drumcode Adam Bayer, meanwhile an ecstatic electric energy built by Desolat’s Loco Dice, or the most beloved festival’s resident Joseph Capriati and Chris Liebing. However this year the line-up is simply gathers the industry’s best from the techno heads Rødhåd and Richie Hawtin, the hard-hitting Pan-Pot, to Berlin’s very own Monika Kruse or the underground hero Sonja Moonear. Representing the jacking house sounds, will be the sophisticated Jackmaster, Martinez Brothers, the elaborate Tale of Us who delived one of year’s best essential mixes and many more. (lineup below)

Sonus, at heart – the same people behind Time Warp, celebrates it’s 5th annual beach bash uniting their best talent from the house and techno world. This year the party extends to five days and five nights of party. With club takeovers, boat parties, and more sun-soaked Pag Island is one of Croatia’s top locations for music festivals. In terms of unspoilt beauty, temperature and hospitality of the locals Croatia is unmatched; providing the perfect spot to combine a holiday and festival in one, as one can see in the last year’s festival aftermovie: 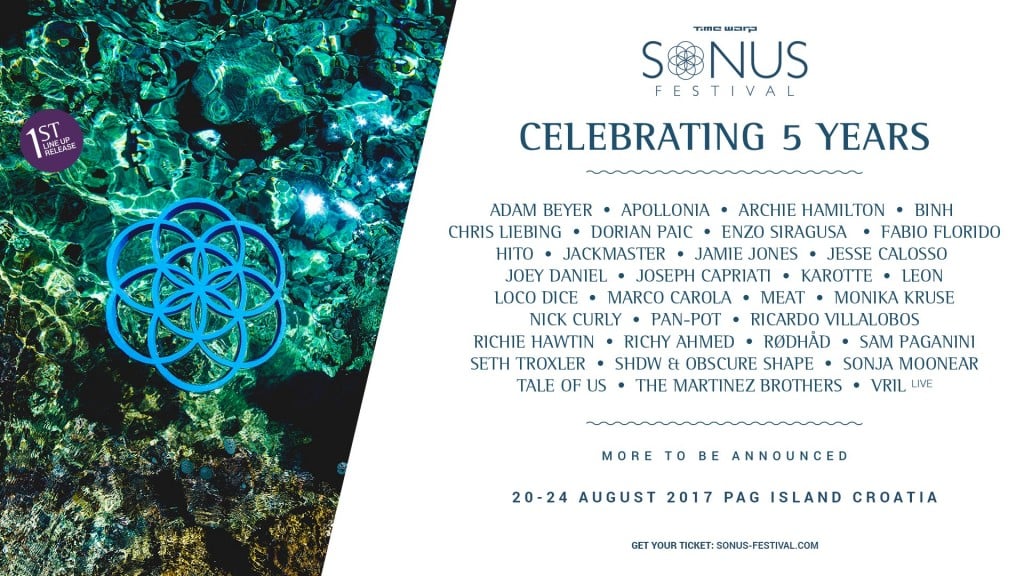