Should the dancefloor be a phone free zone? It is a question that is distinct to the 21st Century era of nightclubbing.

In the era of uber connectivity, it seems as if the glistening screens of the mobile are as ubiquitous to modern life as branding, conflict, and anxiety. Undoubtedly necessary, yet unequivocally prevalent, the mobile surely is the love/hate item of our time.

With that, as well as the aforementioned realities of current life, sanctuaries of release such as the dancefloor, concert hall, or the Broadway stage have had a particularly volatile relationship with the device as, one one hand, the capturing of a moment worthy of remembrance does play an important role in valuing the experience that is life, however, on the other, users navigate a fine line between moment capture and moment loss, focusing attention on FoMO, rather than embracing the moment. Though a handful of venues around the world, including Berlin’s Berghain and Brooklyn’s Output, employ a no photo policy, they are but a drop in the wider ocean of the International nightlife spectrum.

This is where YONDR comes in. The technology company, alongside a partnership with comedian and notorious anti-recording champion Dave Chappelle, have created a smart phone case. Handed out upon entry, the case would lock upon entering “phone free zones”. Though the user would be able to keep their phone, rather than handing it in to coat check upon entry, the case will only unlock when in designated areas, such as the lobby. On the item, YONDR issued the following statement:

“Smartphones have fundamentally changed how we live. How to integrate them into our lives as a useful tool, rather than a compulsive habit, is a question that needs an answer….We think smartphones have incredible utility, but not in every setting. In some situations, they have become a distraction and a crutch – cutting people off from each other and their immediate surroundings…Yondr has a simple purpose: to show people how powerful a moment can be when we aren’t focused on documenting or broadcasting it.”

The San Francisco based startup has already locked in venues in its home city, with several acts, including Chappelle and fellow comedian Hannibal Buress, as prominent employers of the technology. But beyond the realms of comedy, mobile phones have been spoken against from everyone in the dance music world from DVS1 to Seth Troxler.

So, what do you think? Is such an item necessary or are smart phones the addiction that cannot be curbed? 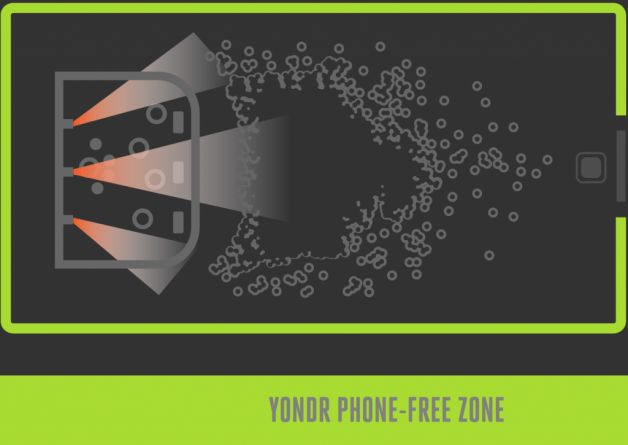