After selling out clubnights in Amsterdam at the likes of Claire, De Marktkantine, and Chicago Social Club, Prunk‘s PIV brand is expanding into the festival arena with next month’s PIV Winter Festival.

No stranger to DHA, Prunk & PIV have been there since the beginning with both artist and brand picking up steam since its 2015 inception. Aside from the aforementioned local clubs, the PIV name has also found itself on board last September’s The Ark Cruise, while Prunk continues to line up sets at the likes of Labyrinth Open in Croatia, DGTL Barcelona, Welcome to the Future, Straf_Werk Festival, Dockyard, Amsterdam Open Air and Nassau Festival.

On 3 February, PIV Winter Festival descends onto DOK Amsterdam with two areas of music. On hand will be PIV residents and favorites like Ben Rau and Bas Roos, while the likes of Jovonn, Djebali, Cinthie, Chris Stussy (going b2b with Prunk), Ferro b2b Samuel Deep, and more also join. Anticipating this event, its been a while since we caught up with Prunk so what better time to chat than now!

“The process of creating something special…has broadened my whole perspective…”

With 2018 still being only a couple of weeks old, how do you look back at your 2017? How did you see your own career and PIV concept grow?
In my personal development, I have made a lot of progress in the studio last year with several projects forthcoming on PIV. The process of creating something special, not just to play in clubs, but music I can relate to myself, has broadened my whole perspective on being a producer and what it really means to me.

Furthermore, my performance schedule has never been busier. Since I started developing my b2b act with Chris Stussy to push the label’s overall sound, we opened a whole new playground and it really brings a lot of joy to see how exciting it is for us and especially for our crowd, who are giving a lot of joyful feedback. Plan is to continue this way for the year ahead.

For PIV, it will be a year of expanding horizons, with the upcoming festival in February, our regular clubnights at Claire and several showcases abroad in Indonesia and some other exciting places, which I unfortunately can not tell much about yet. Next to this, we are starting the PIV Limited series, to satisfy the ever growing need for vinyl releases and to give a place to the more raw deep house cuts, that we have signed from a variety of experienced producers. The digital side of the label will stay an ongoing platform for all those upcoming producers, who we have faith in and support in terms of A&R management.

Over the past few years, PIV has thrown many successful club nights but with PIV Winter Festival you will expand into the wider festival arena. Why did you feel this was the right time to do it? Why did you choose a winter festival over the summer months?
Following the growth over the last years, the events have become a real team effort in terms of production and promotion. To keep on challenging our overall process in organizing, we want to bring forward more aspects behind the label’s philosophy in terms of art, food and a more versatile line up with international artists, that are all supportive of our vision and sound, but can not be put all in one clubnight. The reason we chose February as a starting point, is due to the enormous amount of festivals during Spring and Summer. As this is something new for everyone involved, we chose this relatively calm period of events, to not conflict our crowd, our artists and the label’s agenda. 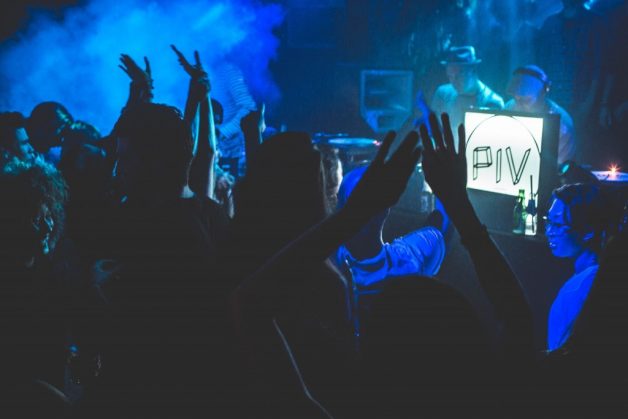 How do you translate the intimate experience of the nightclub into a wider festival space?
Firstly, there is a glass construction dome build over the main area, so people are not completely open air while dancing.

Secondly, production is important in terms of light and decoration. This together with the type of sound of our artists, should recreate the intimate atmosphere perfectly.

The venue for PIV Winter Festival will be DOK Amsterdam. It is described as being a fully customizable space. How will you set the venue up from a sound and production standpoint?
Production wise, we plan on using the cultural aspect behind our label, which is based on our Indonesian heritage and will be significantly present with visuals and customized decoration.
In terms of sound our style could be best described as a cross-over between the more classic original soulful / deep infused US House sound and the more minimalistic modern vibes, that are sweeping all over Europe at the moment.

What happens if it rains….or snows?
As described above, the dancefloor is completely covered by a glass dome, so nobody gets wet and for the cold we have sufficient heaters available that are strategically placed to generate a warm atmosphere inside.

Describe putting together this lineup? Did you mostly reach out to friends of PIV?
The mainstage line up is for a great part a continuation of our latest ADE special. The chemistry between our international guests and the PIV resident dj’s, was something that really sticked in our minds. We added Jovonn from New York this time, to represent the more classic era of our sound and together with Djebali, Cinthie and Ben Rau, who all played amazing sets last year, we are really pleased to bring together the different scenes of Paris and Berlin. Additionally, the other performers are all great contributors to our rich Amsterdam scene and are people we always support as friends and colleagues.

What kind of activities do you do before the festival kicks off? Do you get together with your artists and team as a group beforehand…for a dinner or something…?
Yes, we always come together the night before the event with our team to have some dinner with drinks and for our international guests, it’s always up to them, if they want to rest from their flights and busy schedule or would like to join our staff beforehand. For us, it’s important that everyone who is here is comfortable in having the best time!

What can you tell us about future 2018 plans for yourself and for the PIV concept?
After the festival in February, we go on a PIV tour in Indonesia. We are really looking forward to play at Jenja Bali and Jenja Jakarta on 9 and 10 February and have a additional event coming up in Bandung. In April, we will return with our clubnight at Claire and have the first PIV vinyl release coming up by the Willers Brothers from Berlin. We also plan to release more digitally this year, as we received so many good demos and we are still negotiating some other showcases abroad for the summer. For myself it will be a real pleasure to release my second EP on PIV later this year and to be playing so many festivals again with Chris Stussy.