Cutting his teeth in Chicago to DJs like Derrick Carter and Frankie Knuckles, it was Moon Boots’ early releases via French Express that really put him on the music (and blog) map. Since, his music has been championed by the likes of Annie Mac (UK) and Jason Bentley (LA) while his online mixes have racked up millions of streams.

Now, with his ambitious, 10 track debut album out, Moon Boots offers this very eclectic selection of tracks, which were seminal in his musical development. According to Moon Boots, each of these tracks plays some role in leading him to where he is now!

I lived in Prospect Heights in Brooklyn until I was 10. A lot of the memories from then are fuzzy, but every time there was a block party in the summer I remember hearing this bassline A LOT. It must have planted a seed in my brain…

The Beastie Boys were a big part of my early adolescent years. I bought every CD I could find, including the early punk stuff, and loved it all. I could have put any song off Paul’s Boutique or a dozen others but this oddball track is probably the one I listened to the most. Weird and really funny.

I saw this movie when I was 14 and was mesmerized by the opening theme, it was like nothing I’d ever heard before. It still gives me chills. Wendy Carlos really was a genius. I told my jazz piano teacher about it and he lent me his DX-7, which was my first experience playing a synthesizer.

I was really into jazz. The music of Thelonious Monk and Bud Powell and Charlie Parker is so haunting and elegant and filled with pathos and humor and funk. And that’s just one period of jazz! There’s so much more. I still like it but my obsession moved in another direction.

reminds me of senior year of High School. Could still listen to this all day

This was so cool. I didn’t understand the long intros on Homework at first. I wasn’t a DJ and I preferred the sprawling arrangements of The Chemical Brothers on tracks like “It Doesn’t Matter”. It all started to click years later when I listened to this on repeat. The way Daft Punk were able to stitch together all of their tracks was and still is one the coolest things ever done.

This track was my introduction to “cosmic disco.” I’m leaving out Metro Area, LCD Soundsystem and the Juan Maclean as influences / “gateway drugs” but maybe a mention here is enough 🙂

Joubert Singers — Stand On The Word

The intro is so elegant, played by someone you can tell played stride piano — what a left hand! Songs like this and the Ashford & Simpson original of “Bourgie Bourgie” showed me how beautiful and sophisticated disco could be.

Before I reincarnated as Moon Boots, I used to be the keyboardist in the Chicago band Hey Champ. I didn’t have much of a say at first when it came to writing the songs but over time I learned to write and produce and live like a fucking rebel. It’s a bit corny — though of its time! — but it got the attention of a kid in Dallas named Perseus, who nagged me relentlessly to make my own music and that’s how this all got started.

People ask me all the time where I got my name, expecting a long answer. There isn’t. It’s from this song! 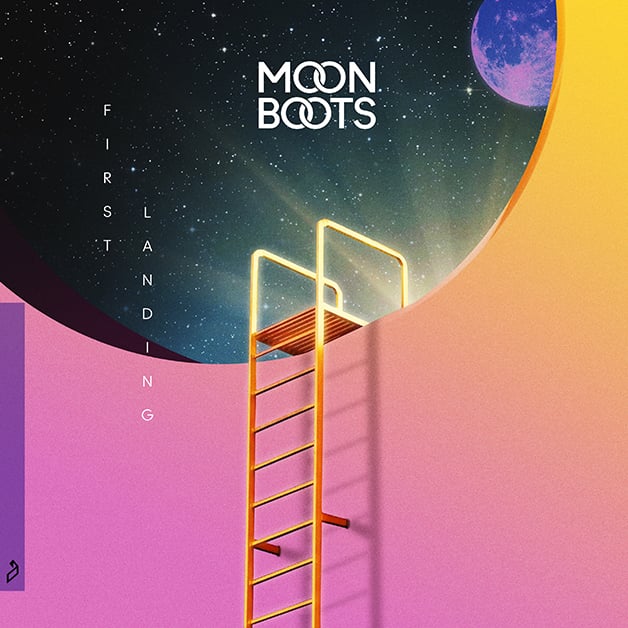