The musical development of Nakadia has been as unique as it gets. Over the years she worked her way through various styles and genres, until she found deep house, tech-house and minimal influenced techno.

With an open-minded approach to music Nakadia is respected by all who witness her performances, making her into the most booked female tech house DJ in Asia. As increasing crescendo of her totally self-made career, Nakadia pinned over 60 countries to the gig-list so far. She magnetized legendary Watergate Berlin, Cafe D Anvers Antwerp, The Egg London, D Edge Sao Paulo, Lola Shanghai, just to name a few.

On 29-30 September, Nakadia will be representing Thailand as a keynote speaker at the 2016 International Music Summit (IMS) Asia-Pacific Summit, going down at the Shanghai Hyatt on the Bund. The third annual IMS gathers global artists, thought-leaders and industry figureheads to explore the growing influence of electronic music and the issues, challenges and opportunities that face the industry globally and in Asia. 2016’s IMS Asian market focus will be Japan.

Anticipating this event, we caught up with Nakadia to provide some insder knowledge on the state of the Asian underground, as well as 10 of her favorite tracks blowing up the continent right now.

Explain a bit how you were first introduced to electronic music in Thailand. Who were some of the first names that drew you in? What was the best way to acquire music?
Electronic music in Thailand used to be terrible Mickey Mouse Pop, there was no quality music when I grew up. I came into first contact with electronic music during my first trip to Europe in 2002. There I saw a girl (Marusha) rocking the club with Techno. When I returned to Thailand after the trip I did not have any chance to get more inspiration and I practiced on the turntables I brought from Europe without any influence or any DJ that could help me. Only during my visits to Europe I had the chance to develop and find my way through the different styles of electronic music. From 2004 Timo Maas started to have a big influence on my sound and he supported me a lot. I got hundreds of vinyl promos of him over the years and this really made me fall in love with Deep House, Tech House and Techno. All the first years I got all my music from Europe. In Thailand it was totally impossible to get the sound I was looking for. Later it was possible to order vinyl though the internet from my home in Thailand, but that ended mostly in disappointment and hundreds of vinyl that never got played out. It all just became easer when the internet speed got better and I started playing mp3s in 2009.

How has the scene in Thailand evolved from when you first started to now? Do you see any area where that scene still needs to improve?
In the early days of my career there was no scene at all. Ministry of Sound in Bangkok opened and then closed its doors shorty after. No other club offered quality electronic music. When I started offering myself as DJ, all clubs told me to change my style if I wanted to get booked. Only 2005 when Glow opened its doors in Bangkok the owner encouraged me to play the music I love. This was the start of it all. My nights at Glow where the first techno nights in Bangkok and slowly other Djs and promoters started to follow. This is how a small scene developed around Glow and my nights grew from 100 to 400 people over the years. Today there are many artists – Thai as well as Expats – that play cool music in Thailand. The scene has grown mostly between 2013 and 2015. Today clubs and promoters host lots of international artists that inspire the local scene. Festivals are growing bigger as more and more people start to get interested in electronic music. The one big problem with Thailand is the closing time of 2am. There is not much that can be done in such a short time. I would love to bring more of my DJ friends from Europe and do bigger events, but it is difficult to even have 3 or 4 DJs in one line up. As long as the closing times don’t improve, it will be hard to bring more quality and diversity into Thai clubbing. Besides that, there is always that danger that events or clubs get closed down by the police for no reason. Sometimes they give the club 1 day notice – tomorrow you can’t open! That makes investments in bigger events very risky.

How do you find the connection between the dance music scene in Asia and Europe. Speaking of Europe, you are based in Berlin, how difficult did you find the move from Thailand to Germany?
Today we have a great exchange from west to east. So many european artists are touring Asia all the time. Also through social media the Asian scene gets inspiration from Europe, even for people that have never been to Europe. Asia gets inspired very much by Europe, there is just not much happening the other way. I can say from my personal experience that Europeans often don’t trust that Asians could add something to the scene. That is a shame and I hope that it will change in the future. My move to Berlin was my only chance to achieve something. It would have been impossible out of Asia. Lucky for me that I had great support from the city of Berlin. They “sponsored” me with an artist resident permit that allows me to live in Berlin and work as artist across Europe. This move was the best decision of my life and I dont want to leave Berlin anymore.

Rapid Fire: Favorite Asian Festivals? Favorite Thai dance music artists? Favorite venue on the continent?
Kolour in the park in Bangkok is my favourite Festival as it has amazing Line Ups on 3 stages with cool music only over 2 days – no EDM! That makes it kind of unique in South-East-Asia.

I have so many Thai friends that are all great DJs, but if I have to name one that stands out I would say TJ Tiesjungle from my hometown Korat. It’s a city without tourists and without much influence from outside. What TJ does in Korat is amazing and I have the biggest respect for how he gets inspired to amazing music without the outside influence.

Jenja on Bali is probably my favourite Asian club

Finally, can you say a few words about the playlist you have put together here?
I have put together a selection of cool, beautiful and deep tracks by some of my favourite artists and labels, such as Ran Salman & Aaryon, Gregor Tresher, Petar Dundov or H.O.S.H. On top of that I added 2 of my latest unreleased productions. I hope you enjoy the music 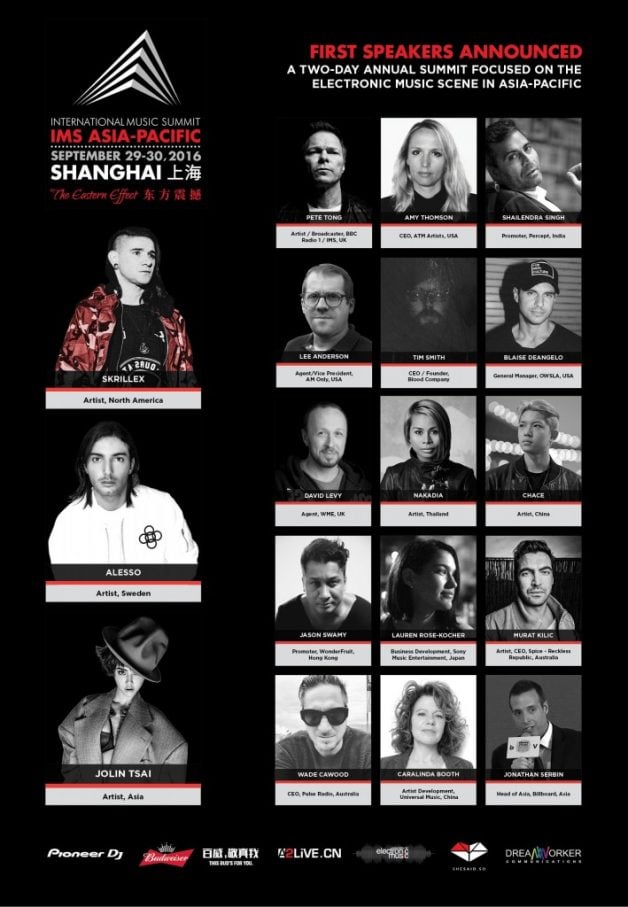