One of Amsterdam’s top destinations for left-field side of the dance music spectrum, Dekmantel, is readying their 2016 edition with another 3 days full of electronic culture.

Held during the day in the sprawling nature of Amsterdam Bos, Dekmantel’s brand is as synonymous with the Dutch capital as it is for quality curation. With International dates, a renowned label, and some of the most committed followers in the game, the 4 – 7 August event will surely see its name uttered on the lips of artists and fans alike for the coming months.

Besides “the Bos” hosting daytime events, Dekmantel will virtually take over the city for their pre-festival events and complimentary Melkweg Nights. On Thursday, 4 August, the IJ river will play host to several events spread along its banks, including The Eye Film Museum, the majestic Muziekgebouw, and the Bimhuis.

3-day festival tickets are now SOLD OUT, but Opening Concert/ Night festival/ Single Days tickets are available at the link below. 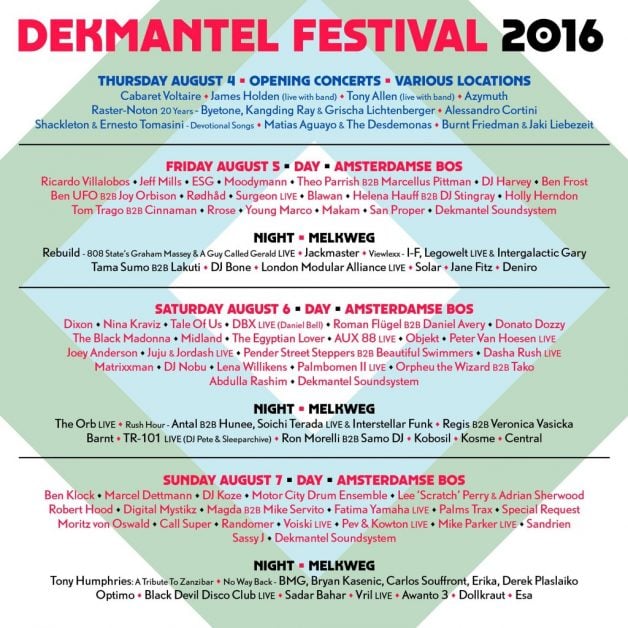