Audio Obscura is a one of a kind events platform that carefully combines cutting edge electronic artists around the world with truly unique and culturally rich event spaces.

Bridding the gap between the electronic music industry and the wider artistic market utilising unique and historic venues parallel to some of the most innovative DJs & producers. Next up, on 25 May, Audio Obscura brings a very special extended b2b set at Het Concertgebouw with Dixon & Job Jobse.

Anticipating that event, and many interesting things to come, we spoke with the brains behind Audio Obscura on their plans for the future, including ADE, merging high art and electronic music, and more.

“…international expansion is the next step.”

In your own words, describe the original seed that was Audio Obscura? When you were first discussing the idea of launching the concept, how did you originally see it? How did it start? How did it evolve?
We see the electronic DJ’s and Producers as modern day composers. Playing in clubs and at festivals is essential for their careers to express themselves and connect with the audience on dancefloors.

With Audio Obscura we wanted to go beyond the regular spaces people club in. We are pushing the boundaries by providing a historic or non-conventional venue, where the artist creatively builds an experience for themselves, which inherently translates into a special experience for our audience.

Of the Audio Obscura events you have done thus far, have you had any favorites?
This is always a hard question since it is not easy to compare them. Bringing Sven Vath to the Dutch Royal Concertgebouw in 2013, was really special since it was first time a classical venue opened up to work with us and our ideas. Basically, it was the start of what is now Audio Obscura and a foundation for the expansion to the special venues we have worked with ever since.

When looking for proper venues (Concertgebouw, Rijksmuseum), how do you present the idea to them or the city of Amsterdam to convince the powers that be these are “good for the city”? What has the immediate reaction been from them, would you say?
Haha, good question! Let’s take the Rijksmuseum as an example. This idea started in 2010. As you might know, back then they were still in the middle of their renovation period (2004-2013). The Bike tunnel connected the city centre to Museum Square and especially for bikers this was an important bicycle path. In the Netherlands, there was a huge public discussion about this bike tunnel by it being closed for such a long period. This is where we started with the idea to have a rave in the tunnel.

We approached the museum and they thought we were crazy. Every year we reached out to them again and tried to find a way to make it happen. Meanwhile more and more people we personally knew started to work for the museum, so it was not only us asking anymore – it started to become a joint idea also fed from people from inside the museum.

A common goal was created, when the Museum in 2016 wanted to bring their music collection to the public’s attention. Amsterdam Dance Event felt like the perfect festival and where the stars were aligned to really make it happen. Because Het Rijksmuseum and Audio Obscura teamed up for licensing requests by the city council and we satisfied the demands for a rave there, the city of Amsterdam approved our idea. 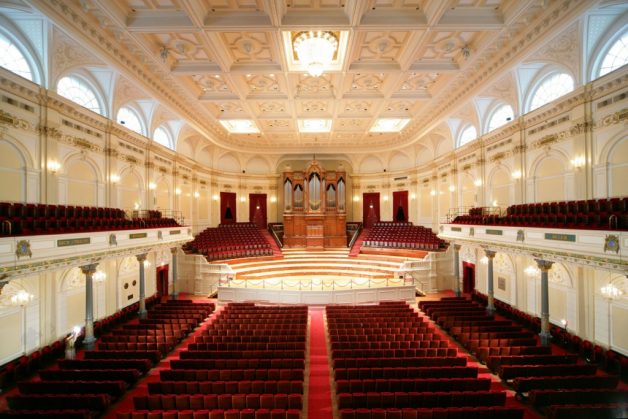 Concert halls all over the world are struggling with connecting to a younger crowd. With Audio Obscura we proved we have a solid production that respects the ancient buildings, as well as positioning the venues among a crowd that otherwise might not have been in touch with these concert halls. We would very much like to bring these worlds together by providing modern day composers to such historically rich music halls.

Unfortunately we cannot mention any names yet…

As mentioned, last year during ADE you brought Maceo Plex to play under the Rijksmuseum, which was a highlight event for me. Do you have something similar planned for ADE 2017?
After last year, we feel obliged to push boundaries again during ADE. Since we have not finalizes everything with venues and artists, unfortunately we cannot announce anything yet. But we promise we will have some new scoops!

Do you have any other events planned for ADE 2017?
Next up is a 7 hours back to back between Dixon and Job Jobse in Het Concertgebouw on May 25 and a sunrise afterhours with Job Jobse at the 16th floor of the ADAM Tower.

In the summertime, we will host our friends from All Day I Dream at Woodstock in Bloemendaal.

ADE will be around the clock Audio Obscura events, with 9 planned so far. 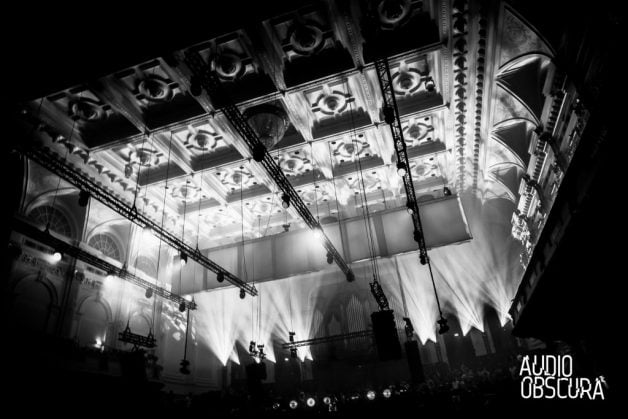 Your event on 25 May, will see Dixon & Job Jobse go B2B for an extended set at Concertgebouw. How did you approach the artists for this idea? What is it about these artists sound and DJ style that complement each other well?
Since we are huge Dixon fans at the office, we tried to find a moment for many years to present him with a long set in Het Concertgebouw. Since we only have 1 date a year at Het Concertgebouw and his schedule is planned way ahead as well, the timing was always difficult. Fortunately, May 25th 2017 (also Ascension Day), we found a possibility. While discussing with Dixon and his team how to fill in the night, he came up with the idea of doing it together with Job Jobse. Since we are close with Job as well, we immediately embraced the idea.

Finally, and perhaps on the more theoretical side of things, do you pay mind to this distinction between high” ad “low” art/culture? How do you define “High Art”? Where does electronic music sit in that definition?
When we were young it kept us busy when electronic music wasn’t a genre big enough to be mentioned in the same sentence as Classical Music, Jazz, Soul, Rock ‘n Roll, Blues, Pop and R&B. For us it felt as if it wasn’t ‘approved’ as culture yet, while we were convinced it was.

Look where we are now, it is now fully accepted as genre – not even mentioning all sub genres. It attracts mass crowds on the major festivals worldwide, as tiny underground clubs where musicians experiment with electronic music.

In our opinion it is good that both ‘high’ and ‘low’ art/culture exists. In the end, art is a personal experience and it is there to share – without pigeonholing it in that definition? 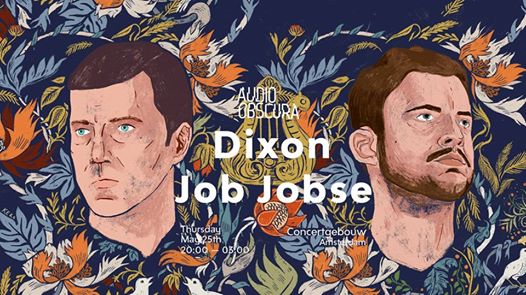