For me, late March meant one thing and one thing only…Winter Music Conference. For the better part of a decade I made the annual trek to South Beach, having cashed in a years worth of loose change along with its tax refund, whether as fan or professional, the week was simply a must go.

Traditionally we would arrive in Miami late Wednesday and last until the following Monday morning. Pre-event, however, these 5 days still required a certain amount of planning, the most important of which was how long of a work leave to request. When the time came to put in the request: 5 days would turn into 7 but, more than likely, would end up closer to 10. Fully accepting the pay lost (working exclusively for restaurant tips at the time), these 2-5 extra days were more than a request; they were a necessity: a mental, physical, and emotional one. I’d describe it as my “holiday from the holiday” or that it’s “just a few extra days to chill out,” but let’s be serious with what it actually was: the post festival/conference/event comedown and it was something that would get worse with age.

The idea of the event comedown has always interested me due to the many factors that contribute to it: nutrition, narcotics, exercise, hydration, chemistry, biology combined to create feelings of depression and other unwanted effects. It is with this interest why a recent article, from Noisey UK’s David Hillier in conversation with Specialised Services for AWP Trust‘s Clinical Director Tim Williams, breaking down some of the comedown’s specifics, caught my attention. Williams’ research looks at the clinical risk factors that lead to sudden death in drug and alcohol users, which has led him to being regarded as a UK expert on club drugs. He also sits on the Independent Scientific Committee on Drugs, promoting science-based drug and alcohol policy.

You can read the entire interview here. A few highlights from the extended interview are mentioned below: 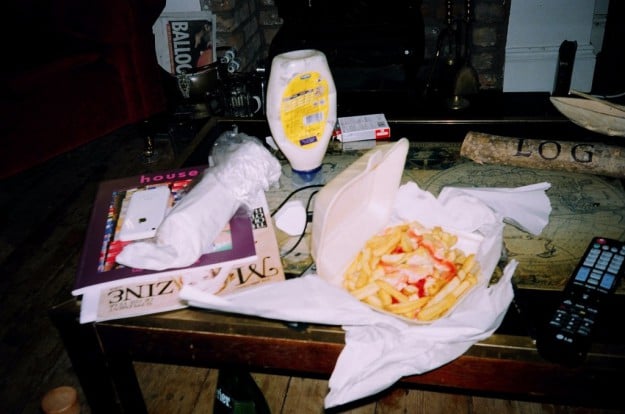 – on the “Suicide Tuesday” myth: “I don’t think it’s completely a myth, but I think it’s a myth that it’s entirety down to the drug.”

– on boosting serotonin: “There is a chemical called tryptophan, which you need to make your body replenish the serotonin field behind the gate. But most people have good levels of tryptophan: if you eat a normal diet you’ve got good level of tryptophan in your body.”

– on Ketamine: “[still]…used a lot in the developing world because it’s quite safe to give as an anaesthetic without (generally) significant after effects.”

– on post festival nigh terrors: “If you are flipping in and out of REM sleep in an irregular pattern and having periods of wakefulness or unsettled sleep—as you would expect at a festival—then you will have much more memories of your sleep.”

– on Cannabis and sleep: “…a very potent disrupter of REM sleep. Particularly if you aren’t a regular cannabis user and smoke it over the festival weekend, it stops you having the REM sleep.”

– on the best foods to eat: “Nothing too rich in fats or carbs, because bloatedness will affect sleep.”