Steve Bugs vision of a new platform to release his music on was born back in 1998 when he first founded Poker Flat Recordings in his hometown of Berlin. Since then, the label has developed in one of house music’s leaders racking more than 150 releases to this date. Among the label’s artists, high caliber names such as Mihai Popoviciu, John Tejada, Alex Niggemann, Matthias Tanzmann, DJ T, and even Trentemöller have released their records onto the label and of course it’s very own Steve Bug. One of their latest releases comes from the Berliner Marco Resmann.

Running and pushing the boundaries with one of today’s most inventive labels, his own Upon You Records, Marco Resmann tends to be a hard worker. The fact that his musical journey started well in the 90’s, Marco has released top notch records on labels that bring resonance in today’s industry such as Mobilee, Strictly Rhythm and Watergate Records. His latest piece of work is a three track, tech-influenced EP entitled “Basic Motion”. It tends to have that melding of enlightened strings as they are layered on a lavishing danceable format which Germans tend to do so well. That’s German precision for ya!

For the title track of the EP, ‘Basic Motion’ starts of mellow, with a basic kick. As the track moves forward you feel the enriching sub bass that can only herald a grandiose inaugural for the story that’s about to unfold. The track mostly focuses on a meek synth play as the bass chords bend and twitch to Marco’s pleasure. The result? It derives choler and a state of constant confusion as bendy bass cords takes shapes of omnipresent clustering walls. It’s mellow but progressive; its peak end can be found at every buildup. But in the end the track ends with the same finesse as it began. 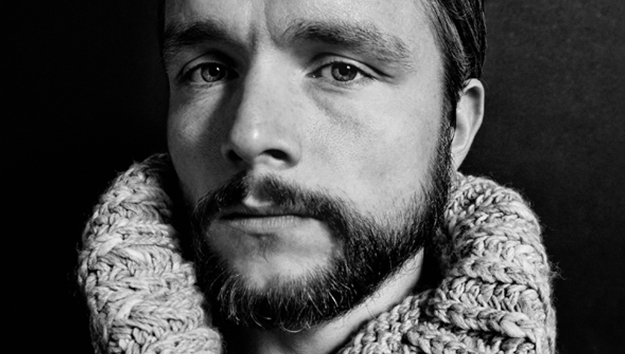 ‘Ladies & Gentleman‘ derives on a similar layer with grounded synth work from start to finish with only one difference that can be easily spotted. The 8-bit Nintendo-like sounds that convey the track into an ever ending announcement.  The acidic sounds foresee an antagonistic scuffle until the track slows down in tempo, mellowing out your state of mind, making you willing & giving to those around.

For its final track, ‘More or Less‘ comes as a pinball effect. Well-placed shakes and a stirring string makes you wonder about what you heard in the past 2 tracks. But you can’t comprehend you’re still caught in this swirling effect but it doesn’t bother you. You feel homebound as hearing the familiarity of this track can mellow your sense of wandering.

This EP made our ears go round and about and we could barely find our place. It’s kind of a blissfull mind-fuck and we love it. I seriously recommend listening to it in pitch black or with your eyes shut.

Marco Resmann can be seen during Park Am See Festival on May 24 at the Watergate stage, together with fellow artists Tiefschwarz, Catz ‘N Dogz, Ruede Hagelstein and many others. At Park Am See we have our own stage as well, where we will bring along M A N I K, Prunk, Pony and more to treat your ears to something good. Just a couple more weeks to go..